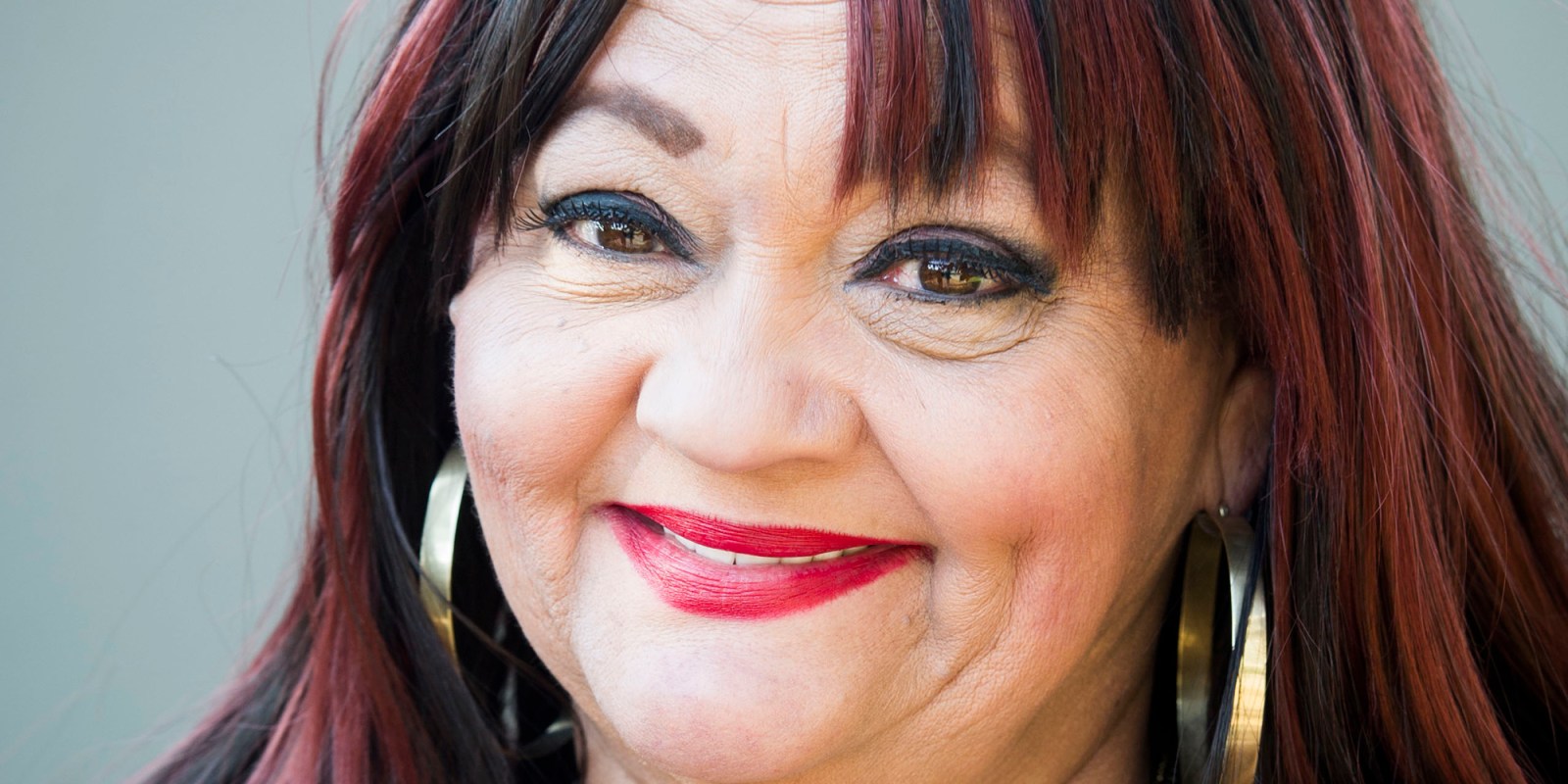 Veteran actress Shaleen Surtie-Richards paved the way for actors in post-apartheid South Africa and brought smiles to millions of viewers across the country, but in her last days, she could barely afford medical care. She was laid to rest on Sunday after she died from unknown causes on 7 June.

South Africa’s “aunty”, Shaleen Surtie-Richards, was laid to rest during a ceremony filled with song, laughter and tears at the Durbanville Memorial Park in Cape Town on Sunday.

Born in Upington in 1955, she was known for iconic roles such as Fiela in the 1988 film Fiela se Kind. Despite her profound impact on South Africa’s cultural landscape, “Nenna” as she was affectionately known from her role on the TV soap opera Egoli, spent her last days battling financial hardship.

“Few people knew how much she suffered,” said Western Cape MP Rodney Lentit on behalf of Public Works Minister Patricia de Lille, with whom Surtie-Richards had been a close friend.

“For the industry, Shaleen’s death and struggles in recent years should be a wake-up call to stand up and protect the arts and our artists,” Lentit said.

Surtie-Richards (66) was found dead in a Cape Town guesthouse on Monday. The cause of death is unknown.

Actor and friend Lizz Meiring took to Twitter the next day to explain that Surtie-Richards had been severely ill, and her doctor had wanted to book her into hospital, but “she simply had no money”.

“That’s the horrible truth. If she had been paid her meagre royalties for all the rebroadcasts of her incredible body of work, she would’ve been able to [go to hospital],” Meiring wrote.

Mthethwa, who has faced numerous calls from artists to step down over the National Arts Council’s mismanagement of the R300-million Covid-19 relief funds, called Surtie-Richards a “great thespian” who played a vital role in fostering social cohesion.

Veteran actor Basil Appollis described his first encounter with Surtie-Richards while they both worked on a production of Athol Fugard’s play Hello and Goodbye.

“Early in the rehearsals of this play, I saw this extraordinary talent move the Earth. And it wasn’t a slight shift. It was causing earthquakes every time she just rehearsed. I have never ever experienced anything like it.”

For this performance, in 1985, Surtie-Richards won her first award: the Fleur du Cap Theatre Award for Best Actress in a play. Over her 37-year career, she won more than 40 awards.

“Today we choose to remember you and the abundance that was always present in your life: your giving, your heart of gold, your endless generosity, not only of material things, but your generosity of spirit… most of all your humour,” said Appollis.

“As a family, we’ve experienced the nation’s love for Aunty Shaleen in a way I’ll never be able to articulate.”

Fighting back tears, she described her aunt as a larger-than-life character who taught and inspired others through storytelling.

Actor and comedian Marc Lottering paid tribute to his beloved friend in a Maverick Life article in which he wrote:

“My last chat with my famous friend was on her birthday this year, 7 May. Gosh, she had jokes and funny stories for days. That’s how the conversations usually went. And yes, she would say she was so very tired of still having to hustle for gigs at this stage of her life. And then another funny story. Until we laughed like we had just watched the funniest movie in the world.” 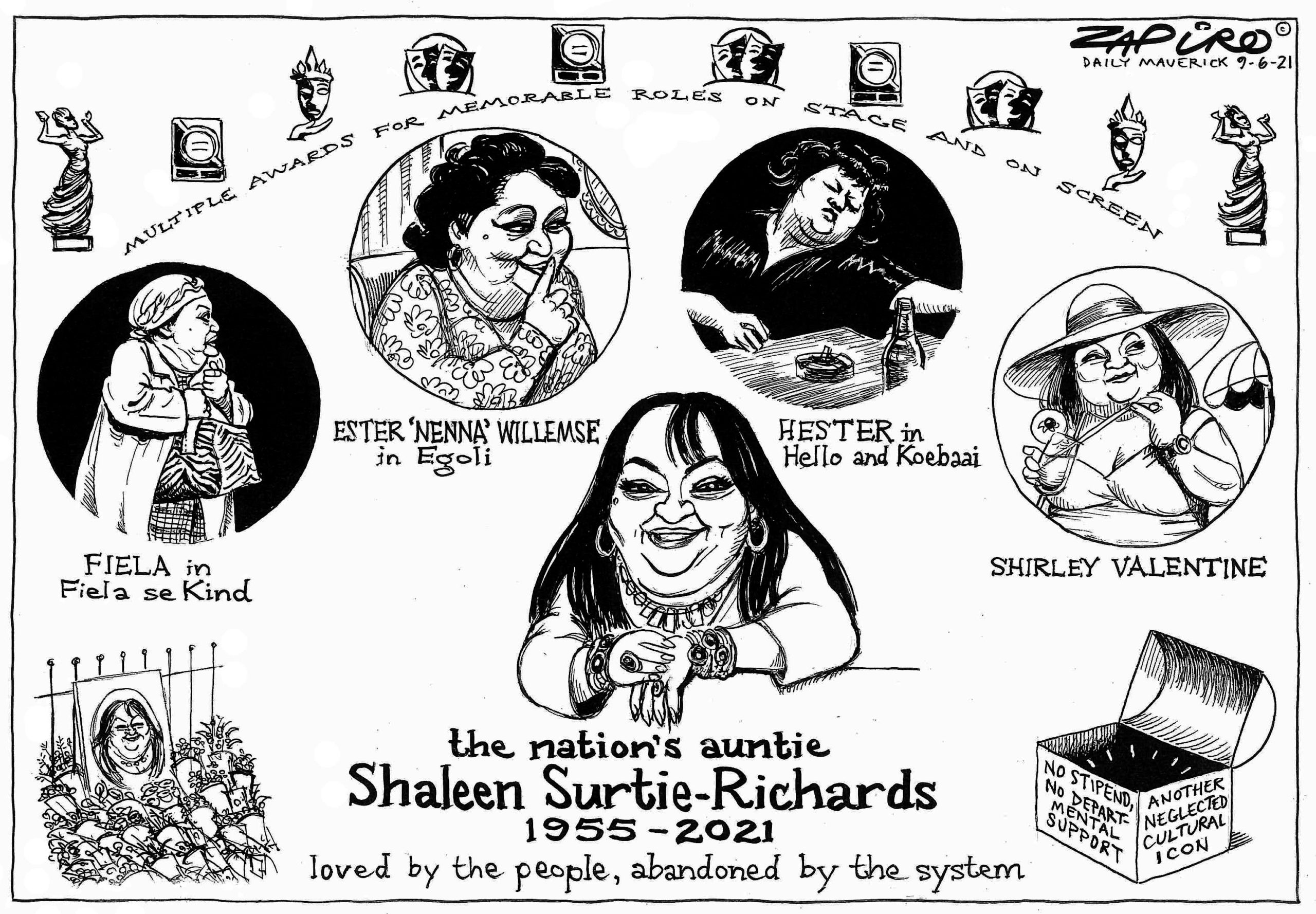 The South African flag flew at half-mast across the province in honour of the late legend.

She will be cremated in a private ceremony on Monday. DM