My Shaleen Surtie-Richards, an iconic star who had gravitas that could not be taught 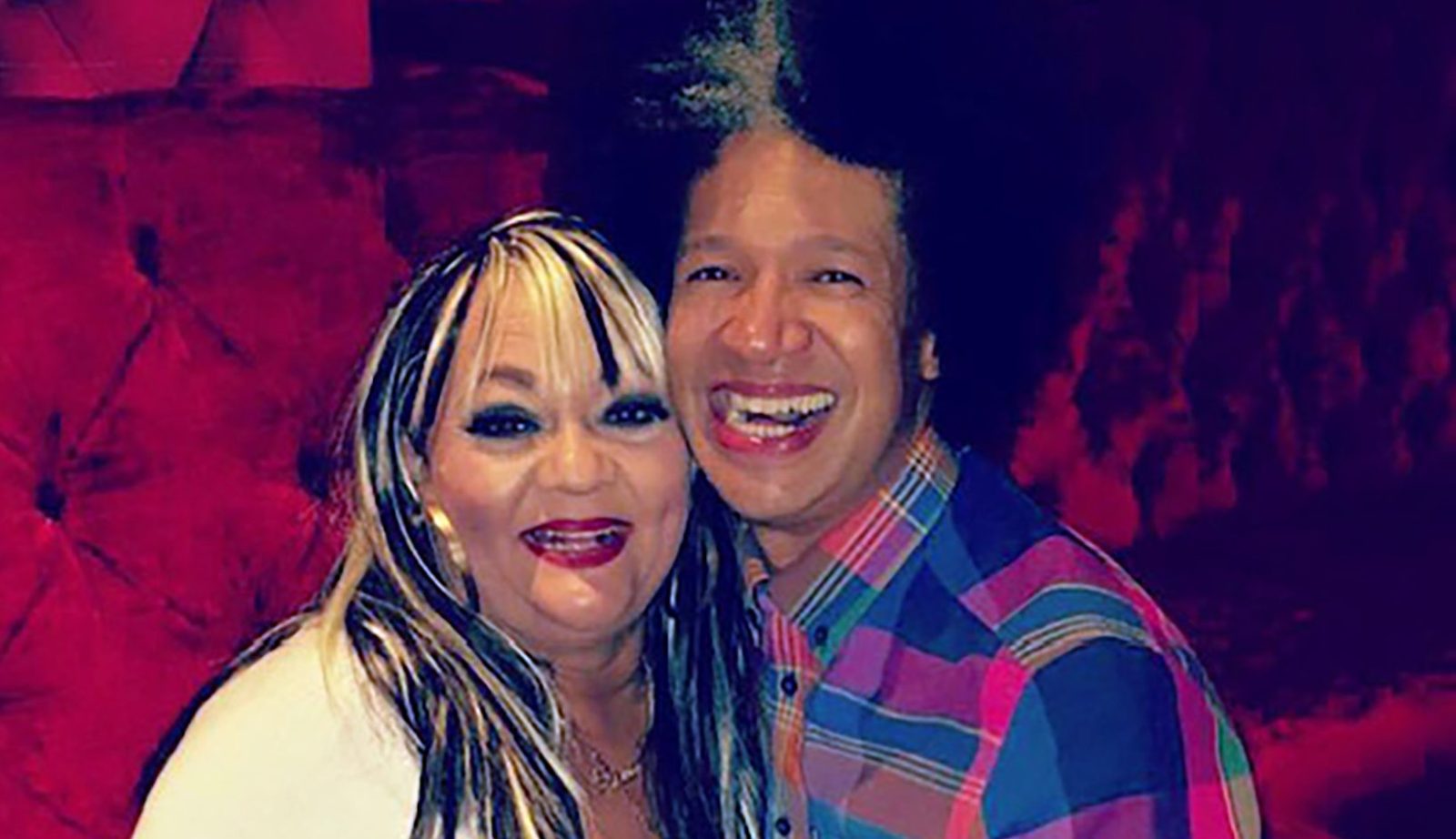 Shaleen Surtie-Richards, South African stage, television and big-screen icon, has died at 66. She broke through as a woman of colour in South African cinema more than 30 years ago in Fiela se Kind and is also remembered and loved for her role as Nenna on South Africa’s first soap opera, Egoli. Her friend and sometime co-star Marc Lottering says she was a light, treating everyone equally and respectfully – and she loved a good laugh.

Shaleen had a sense of humour second to none. The only thing she loved more than a good laugh was fabulous eyelashes.

I first met Shaleen in 1990. I was an usher at the Baxter Theatre and she was already a household name, at that stage performing in Juno and the Paycock. The lift door opened and there she was. Huge smile and magnificent as ever. I froze in my usher’s uniform, white shirt, black pants, black tie and a name badge that said STAFF.

Shaleen revived me with a “HALLO KLIM IN! (HELLO GET IN!)” – yes, she spoke in caps – and I obeyed. It was one floor from the main foyer to Main Road level. I would never have this moment again. And so I seized the opportunity. I had a textbook with me (I was in my second year at UCT). I must have asked for her autograph because I heard her ask for my name as she whipped out a pen. To Marc, With Love, Shaleen Surtie-Richards.

In the years that followed, Shaleen would always be in disbelief when I retold that story. And I’ve retold it many times.

I will never get over the fact that Shaleen would insist on buying tickets to watch my stand-up whenever I was performing in Joburg. I hated the fact that she always let me know beforehand, because that just made me nervous as hell. But then, there she would be, beaming and proudly waiting for me after every performance. In the smoking area of course. And there was never enough time as we swapped jokes and the juiciest of skinner stories (gossip).

We were first cast together in 2005 in Janice Honeyman’s Cinderella, at the then Joburg Theatre. It was my first panto experience, and by far my best panto experience. Shaleen played the feisty Fairy Godmother. David Dennis and I played the ugly sisters while Bianca Le Grange played the beautiful Cinderella. Shaleen quite easily stole the show. Without even trying.

Just by casually swinging a magic wand from the Cape Flats and shouting:

One show ran overtime because one of the real live ponies got a tad too excited when he saw the Fairy Godmother. I would not have believed that story if anyone told it to me, but ja, I was there. Few actresses can lay claim to such a standing ovation. Shaleen, of course, laughed until the entire company was in stitches, with tears streaming down our faces.

I was fortunate enough to be invited to her home on numerous occasions. She was an extremely private person. A massive TV in the bedroom and a lekke pot of curry on the stove. Mini-series and cashew nuts. The stuff that dreams are made of. I kid you not.

Going to the shops with Shaleen was a surreal experience. Every man and his dog firmly believed Shaleen was a close relative. And she took it in her stride as only a real pro would. Once or twice I have been privy to her putting a forward fan on his place with a “hold on – you can see I’m talking”. Usually followed by the fan mumbling “sorry auntie”. Which was not necessarily the response that made everyone live happily ever after. If Shaleen was not in a fabulous mood, she would easily hit back with “but you are years older than me – why are you calling me aunty!”

Shaleen wanted to avoid being typecast. She did not only want to be seen as everybody’s auntie – everybody’s Nenna (the hugely famous and endearing character from Egoli). But she knew that she would never escape that, regardless of how varied her subsequent roles were. She would remain Nenna to many. I believe that was a testament to her brilliance. She had gravitas that could not be taught.

Many South Africans first got to experience that unbelievable gravitas when Shaleen played Fiela in the groundbreaking Fiela se Kind. Even watching it today, I am totally blown away by how an actress can inhabit a role to such an extent that every single emotion is hard-hitting from beginning to end. An unpretentious Masterclass.

She would tell me years later how some other actors of colour had looked down on her for playing the role of “a brown maid”. She would also go on to say that she was determined to make damn sure that everyone would remember “that brown maid” for the rest of their lives. And here we are. Writing about it 33 years later.

We were cast together another time in 2013, in Lara Foot’s adaptation of Scrooge. I will always remember what happened in that theatre every single night when Shaleen walked on to that stage. Something rarely felt. A Respect. A Reverence. For an Icon.  Night after night.

My last chat with my famous friend was on her birthday this year, 7 May. Gosh, she had jokes and funny stories for days. That’s how the conversations usually went. And yes, she would say she was so very tired of still having to hustle for gigs at this stage of her life. And then another funny story. Until we laughed like we had just watched the funniest movie in the world. DM

Stand-up comedian Marc Lottering has been performing Lottering on Lockdown during the pandemic. Other recent online shows include My Fellow South Africans and Another One.