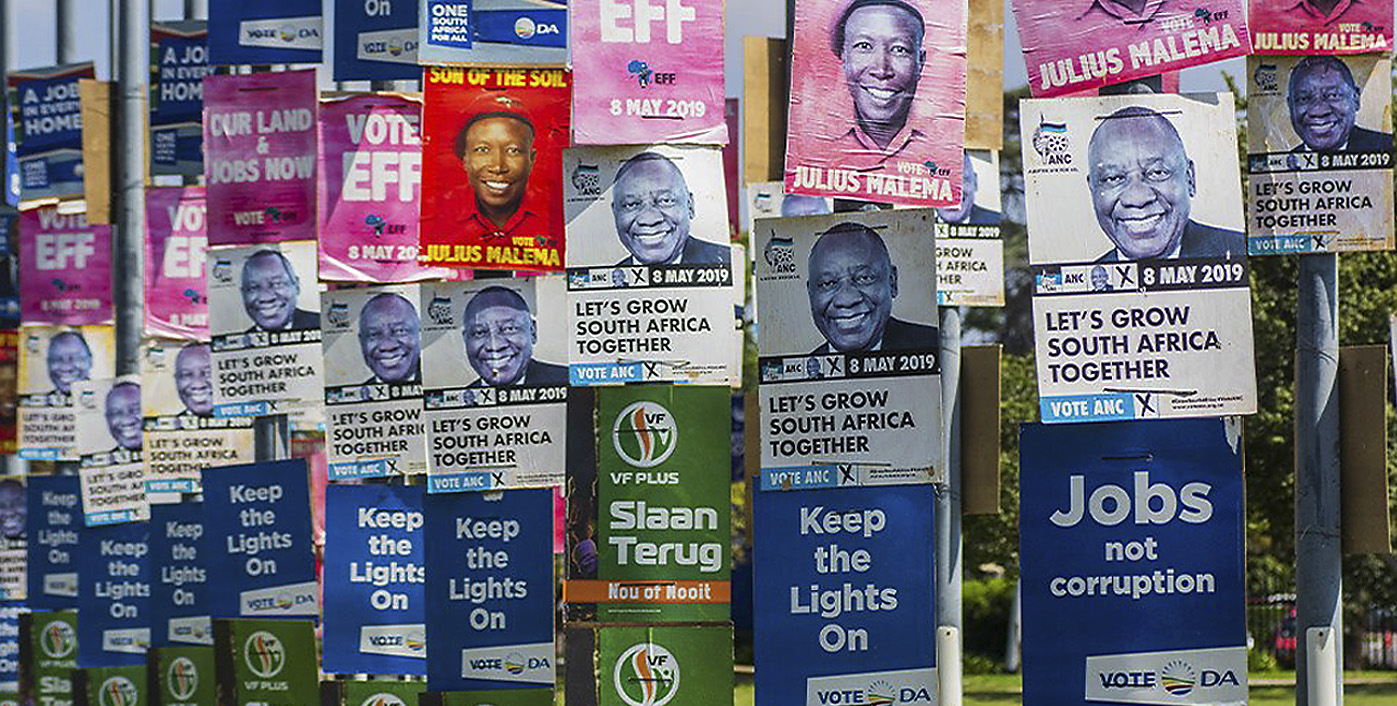 The Promotion of Access to Information Amendment Act and the Political Party Funding Act have the potential to radically alter the political landscape. (Photo: polity.org / Wikipedia)

In this year’s local government elections, the public and the media will have access to more information which they could potentially use to connect the dots between dubious payments and political decisions taken.

Robyn Pasensie is the party funding researcher for My Vote Counts.

Amid the merriment of April Fools’ Day this year there was perhaps not enough fanfare around a historic moment for party funding regulations and transparency. On 1 April 2021, two crucial pieces of legislation came into effect: the Promotion of Access to Information Amendment Act (PAIA Amendment Act) and the Political Party Funding Act (PPFA). These two acts have been a long time coming and could prove to be crucial in the ongoing fight against corruption.

Importantly, the implementation of these two acts has come as we near the local government elections scheduled for 27 October. The build-up to the local government elections has seen many debates, primarily about their possible postponement due to the Covid-19 pandemic, electoral reform and the place of independent candidates in our electoral system.

My Vote Counts (MVC), a nonprofit company founded to improve the accountability, transparency and inclusiveness of elections and politics in South Africa, has previously spoken about the importance of the PPFA as it helps to establish a regulatory party funding framework. While the PAIA Amendment Act doesn’t speak to party funding in the way the PPFA does, it is still significant in that it requires independent candidates to disclose the sources of their funding.

As the conversation around electoral reform and the changing nature of South African politics continues, it is worth looking at the PAIA Amendment Act in the context of voters and its possible effect on political parties. As we look to the local government elections as a barometer for the sentiments of voters, we should try to understand what we can expect from disclosures of independent candidates and political parties under the PAIA and how this may influence voting.

The total cost of the Guptas’ State Capture amounting to almost R50-billion and other harrowing revelations from the Zondo Commission are an indication that transparency and the regulation of private money in our politics has never been more evident. Revelations such as these have perhaps also added credence to calls for electoral reform, with voters losing faith and patience in political parties. Transparency and accountability are important irrespective of whether a voter chooses a political party or an independent candidate.

A regulated political environment is important to ensure a fair and equal playing field for political parties and independent candidates, and this is nowhere more important than in the area of funding. The key factor for whichever type of representative a voter chooses is that the representative will act in the best interests of their constituents and not in the interests of private money. This is important in helping to deter corruption and undue influences that unregulated private money may bring.

The need for party funding regulation speaks to this point and the creation of the PPFA and the PAIA Amendment Act are the start of such a regulatory framework. The PPFA and PAIA are important for transparency because they speak to funding limits and access to information respectively, and both compel funding disclosures. Both are necessary to create public awareness of party funding and the right to access information by the public.

Great emphasis has been placed on political parties, but if independent candidates are gearing up to contest the local government elections it is important to understand what this means for voters. So we must ask, “What precisely does the PAIA Amendment Act provide for?”

The amendment to PAIA stems from the Constitutional Court judgment in the case of My Vote Counts NPC and the Minister of Justice and Correctional Services. In this case, the court found that PAIA was unconstitutional for the “failure to provide for the recordal, preservation and disclosure on private funding of political parties and independent candidates”.

This is truly momentous as this means that voters will have access to funding information in time for the local government elections. MVC has always championed the right of voters to have access to all the necessary and relevant information required for them to exercise their right to vote. The imminent disclosures mean that voters will be able to:

The above points to an opportunity for voters to question their political parties and the emerging force of independent candidates on how they get their money.

While much is made about the significance of the national elections, it is at the local level that elections are also important. It is here that people get to choose the representatives who will dictate how their everyday lives will function through the delivery of basic services. The question that voters will face when they go to the polls in October is “Who will do it better?” While that question may be difficult to answer and it may stray into the territory of the debate on electoral reform, at the very least they will be able to “follow the money” and ask themselves if they are happy with how their political representatives are funded.

Both the PPFA and the PAIA Amendment Act have the potential to radically alter the political landscape. Time will tell if this is indeed the case. However, voters should not be discouraged by this sentiment. For the first time in almost 30 years of democracy, they have the power to hold political representatives to account on the basis of their sources of funding.

The upcoming local government elections should not be a wasted opportunity to voice frustrations at corruption and lack of transparency. The opportunity exists within the provisions of the PAIA Amendment Act and the PPFA to, at the very least, take a more nuanced view of what our representatives can do for us and where their interests lie. DM/MC