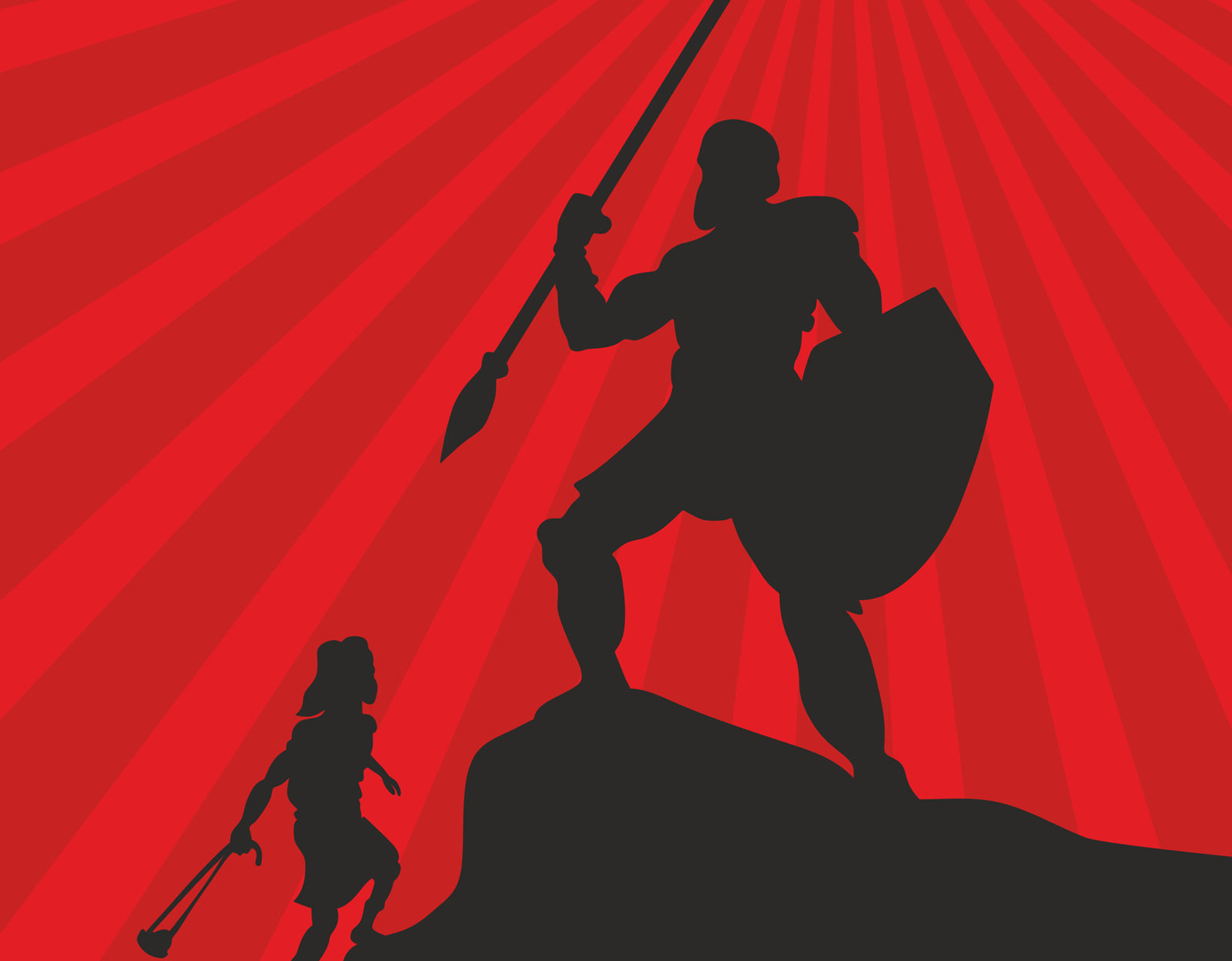 As independent candidates gear up for the 2024 elections and communities prepare their own candidates, could we be seeing the death of the political party?

By October 2020, Vuyisa Jantjies was gatvol. As a resident of the Eastern Cape town of Graaff-Reinet, he was sick and tired of the constant stream of scandals and problems affecting the local municipality.

“Lots of things are not right,” Jantjies told DM168, reeling off an incomplete list: an unsatisfactory Auditor-General’s report, a pension deduction scam, an unpaid municipal Eskom bill nearing R150-million and service providers from outside the area charging inflated rates.

But the “last straw”, says Jantjies, has been the attempted sale of municipal land and assets – including the local swimming pool and caravan park – in a desperate attempt to raise money to pay the municipality’s creditors. Jantjies and others argue that these are communal resources, which the municipality has no right to sell. Without a swimming pool, where will their children learn to swim?

Last year, they decided to do something. In October, they launched the unpretentiously titled Service Delivery Movement, a platform set up with one major purpose: “We need to gain control of this municipality,” says Jantjies.

What do former public protector Thuli Madonsela, President Cyril Ramaphosa and Chief Justice Mogoeng Mogoeng have in common? They are some of the SA figures most frequently called upon on social media to run for political office as independent candidates. Up until 2020, this would have been a pipe dream. But last year the Constitutional Court ruled that Parliament must amend the Electoral Act to allow for independents to contest South Africa’s general elections.

How this would work is still being figured out by political wonks and think-tanks, as it will require the reshaping of the country’s electoral project into an at least partly constituency-based system.

Come 2024, however, there will be independent candidates alongside political parties on the ballot sheets.

Nobody is more excited about this prospect than former DA leader Mmusi Maimane, whose One South Africa (OSA) movement was set up specifically to help independents run for political office.

“We believe independent candidates are the future of governance in South Africa,” OSA states. “Electing people who are not dictated to by any political party strengthens accountability, brings decision-making closer to the people and ensures the best, fit-for-purpose individuals represent us in government.”

That is, at any rate, the dream. Cynics point out that South Africans have been able to elect independent candidates in local government elections for more than two decades, and the result has not been a miraculous upswing in accountability. But since 2016, there is evidence of increasing appetite for representation by independents.

Elections analyst Wayne Sussman likes to point to one example in particular as quite dramatically illustrating the potential of independent candidates. In 2019, 16 ANC councillors were expelled by the party from the Maluti-a-Phofung municipality in the Free State, after voting with the opposition to remove tainted executive mayor Vusi Tshabalala.

Fifteen of the expelled councillors went on to run as independent candidates in the August 2019 by-elections – and 10 won the wards off the ANC.

“Independent candidates … won about 15 seats [in by-elections] between 2016 and 2019, so it’s clear they can be a risk to established parties,” Sussman told DM168. “The biggest risk to the ANC is former councillors running as independents, and the weaker the ANC is perceived to be, the more independents we are likely to see trying their hand.”

For Jantjies, the situation is quite clear: electing representatives of political parties into power in the local municipality just doesn’t work.

“Once you vote political parties into power, [representatives] are accountable to the party and not to the voters,” he says, echoing a common complaint.

“So let us contest the elections on our own. Then if the community is not satisfied, we will have the say of removing [the candidate] before their five-year term is finished.”

Jantjies is emphatic that the Service Delivery Movement is not a political party. There is no membership fee and the movement does not have a particular political ideology. Its aim is simply to ensure “proper service delivery and accountable and ethical leadership” in the municipality, he says.

The movement is registering with the Independent Electoral Commission (IEC) to contest the local government elections scheduled to be held later this year. It is not an isolated initiative. All over the Eastern Cape, there are stories of communities that are similarly disheartened by service delivery failures setting up their own platforms to put forward candidates for elections.

Jantjies used to be an ANC member, but his disenchantment with the ruling party has not led him to look more favourably on opposition parties.

“We don’t believe any political party can deliver for us,” he says.

Maimane’s OSA put out a call earlier this year for people wanting to run for office in the local government elections as independents. OSA is planning to use the local polls as a test run for 2024.

Maimaine told DM168 that, owing to the level of interest, they have had to extend the application date. Applications are currently being vetted, after which OSA will select a number of candidates to endorse. These individuals will appear on the ballot sheets under their own names, but will have been the beneficiaries of OSA’s programme of political training and practical support. They will have to raise their own funds.

Asked if there was any consistency to the type of person interested in running as an independent, Maimane said that many were drawn from civil society.

“We have extended our reach to identify specific municipalities we will support groupings of candidates in – municipalities that are failing and can be turned around by citizen-led governments,” he said.

Again, the Eastern Cape and its chaotic metros are likely to be a key target. In January 2021, commentator Xolisa Phillip observed on Daily Maverick: “There are slim pickings for [Nelson Mandela] Bay residents in terms of political parties. If 2016 represented the battle of the metros and the rise of the opposition, 2021 could be the year independent candidates make their mark.”

The sticking points are likely to be twofold: money and profile. If the electoral reform recommendations recently proposed by a Roelf Meyer-led panel are taken up, prospective independent candidates would need about 3,000 signatures of support to register with the IEC for the national polls.Candidates with existing platforms will naturally have an advantage, which is why former ward councillors tend to perform well.

“You’re going to have to have a person who either has very deep pockets or is incredibly well known,” says Sussman.

People who often fall into both categories? Pastors and preachers. University of Cape Town politics professor Anthony Butler told Daily Maverick in February that he predicted that church leaders might “colonise the political system at local and regional level”. There is some evidence that SA’s highly influential churches may aspire to political power. Of the 48 parties registered to contest the 2019 general elections, three were explicitly linked to churches in some way.

Butler also said that his concern was that independent candidates, untethered by national party doctrines, would feel free to run “on the basis of ethnic division and local xenophobia”.

The idea that the individuals running for office may not be the ethical, hard-working public servants SA dreams of is also somewhat supported by history. At the 2019 polls, at least 20% of party leaders had a chequered past: criminal charges or court orders brought against them; professional sanctions; or compelling evidence of wrongdoing for which they had yet to be prosecuted.

Would running as an independent produce a better quality of candidate? Sussman has his doubts.

“If you compare the composition of our Parliament in 1994 [with] now, you can see Parliament is just not attracting the calibre of person [it used to],” he said.

One group of voters that has expressed vocal enthusiasm for the idea of independent candidates: South African youth. In a webinar organised by NGO My Vote Counts in March, managing director of Youth Lab Pearl Pillay said: “As a young person, there isn’t a sense that there are political parties to address our interests.”

With 2019 having drawn the lowest voter turnout since 1994, the injection of significant independent candidates could be the shot in the arm the moribund South African body politic requires.

But Butler warns that, as unappealing as the current political parties might seem to many voters, the existence of “strong and coherent parties” is essential for democracy.

“Take a look at Brazil, where parties have largely collapsed and individuals use business donations to fund personal campaigns,” Butler said.

“The result is untrammelled corruption.”

Jantjies and his colleagues, however, are convinced that things simply can’t get any worse than the ANC-controlled status quo.

“For us it’s just looting, nothing else,” Jantjies says. DM168