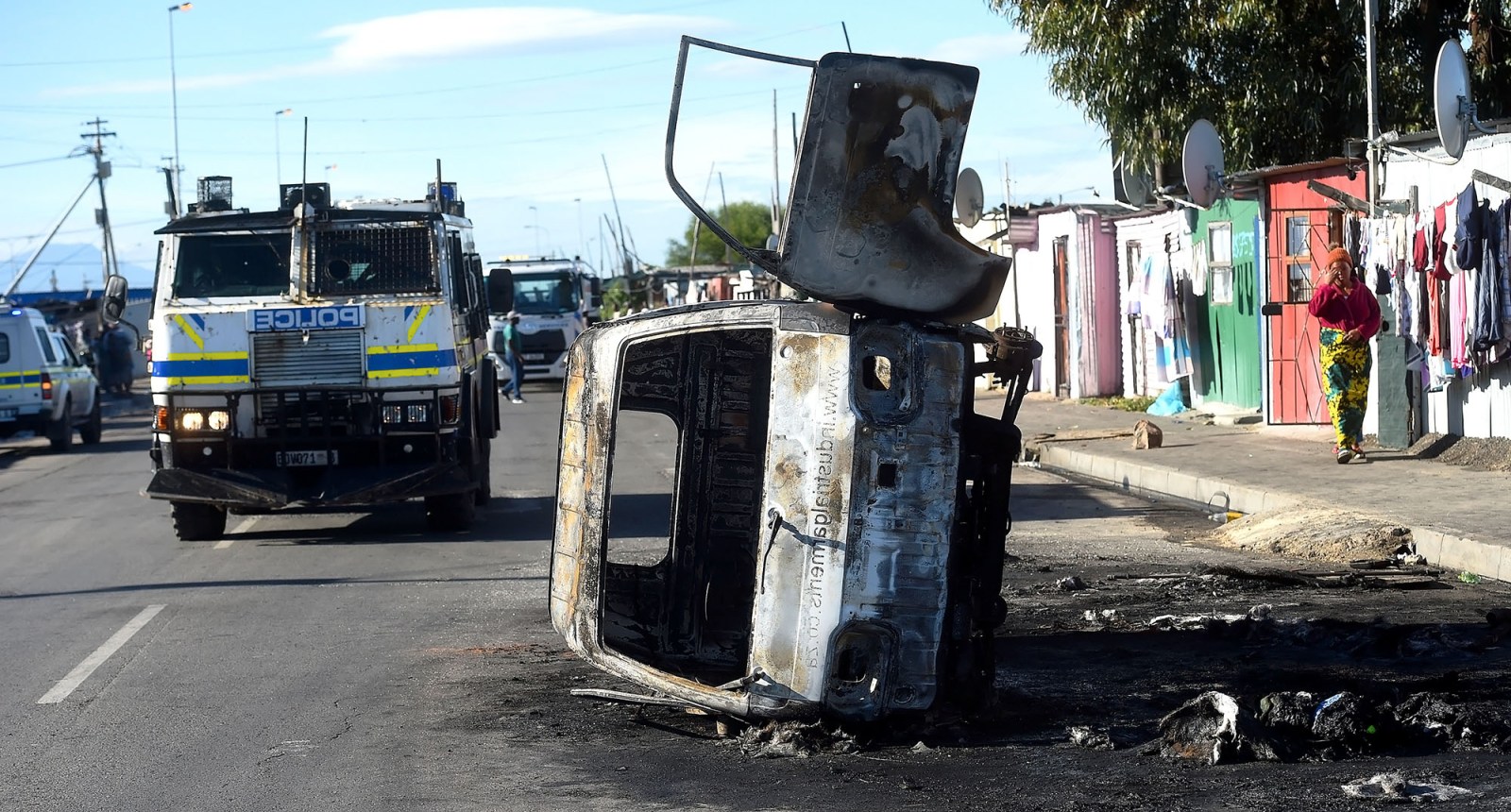 The City of Cape Town and the police are monitoring a protest related to the impounding of taxis, following stone throwing and the setting alight of private and government vehicles in Nyanga.

Seven vehicles were set alight on Wednesday in Nyanga, including vehicles belonging to the municipality. This brings the number torched to 10 over two days.

The action is the continuation of a protest which started last week, during which three Golden Arrow buses and a company bakkie were damaged, reported GroundUp.

Transport and Public Works MEC, Daylin Mitchell, has called an urgent meeting with the SA National Taxi Council for Thursday after meeting officials earlier on Wednesday to assess the situation, according to a statement from his office.  “Several busses, government vehicles and private vehicles have been set alight and stoned by irate taxi operators since the unrest was reported last week, ” he said, adding that commuter safety was his “top priority”.

Warrant Officer Joseph Swartbooi from the SAPS Western Cape media centre told Daily Maverick: “The protest action is a response to an integrated taxi operation that was conducted in the Nyanga precinct, where vehicles were impounded for operating without permits.”

Swartbooi said the protest was ongoing and an integrated law enforcement operation presence was on the scene. No suspects had been arrested.

Mayoral committee member for safety and security JP Smith said on Wednesday morning the Golden Arrow buses had to be moved to the side of the road to safeguard them. He said he had joined City enforcement along with the SAPS in an operation to “stabilise the public transport situation in Nyanga and to protect the buses from intimidation and attack”.

“During peak-hour traffic one or more Avanza vehicles moved about petrol-bombing private vehicles and it appears that as many as seven were torched this morning – two belonging to the City and five private vehicles.”

Smith said this “absolutely cowardly and criminal behaviour is reprehensible” and put the lives of commuters and others at risk.

“The criminal action of torching one of the private vehicles in turn caused  an informal residence adjacent to Klipfontein Road to catch light… the fire department responded and the vehicles were doused,” he said.

In total, there have been 10 cars burnt, after three cars were torched on Tuesday, according to GroundUp.

The City confirmed all roads were open in the area, but visibility is being maintained.

Anderson Seyamo, spokesperson for the Cape Amalgamated Taxi Association, the dominant taxi operator in the Nyanga area and , said they were operating as normal. “I don’t know why they’re involving us,” he said. DM