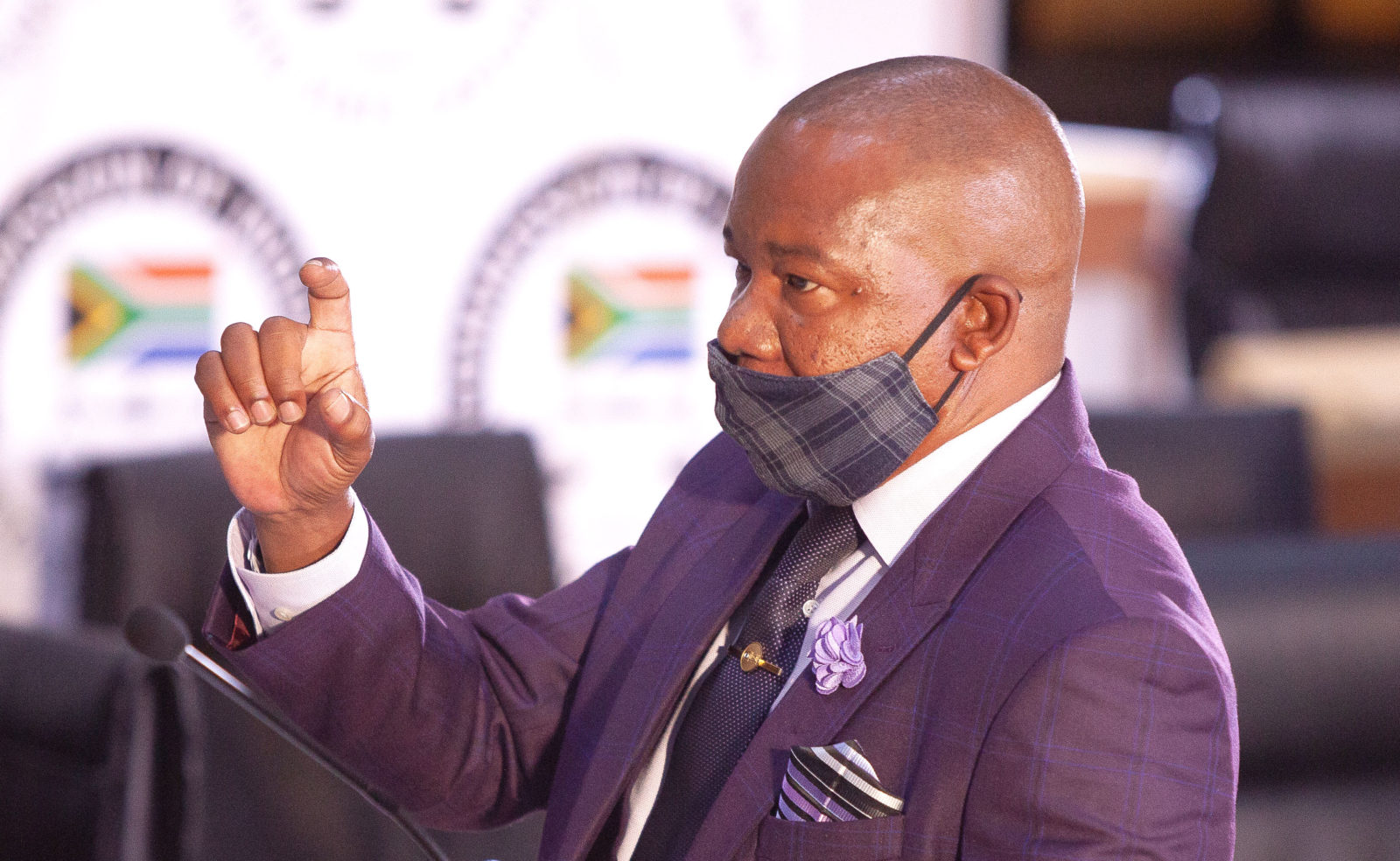 Members of intelligence agencies must have felt invincible. Operatives looted cash meant for covert operations and thwarted investigations by over-classifying documents. Politicians knew what was happening but appeared more concerned with targeting the intelligence watchdog than improving accountability.

One of the most startling aspects of Inspector-General for Intelligence Dr Setlhomamaru Dintwe’s testimony at the Zondo Commission is that for some MPs, the revelations wouldn’t have been startling at all.

Dintwe, who testified on Wednesday, has been in the job for four years and repeatedly informed Parliament’s 11-member Joint Standing Committee on Intelligence (JSCI) that members of the State Security Agency (SSA) and Crime Intelligence were brazenly stealing cash designated for covert operations. They either kept it for themselves, used it to fund factions of the ANC and even funded parallel intelligence operations.

Legitimate intelligence services require cash. Agents use it for covert ops to pay sources and for services that require a level of secrecy. SSA and Crime Intelligence members abused that system because, well, they knew they could get away with it.

Zondo has already heard evidence about how hundreds of millions of rands were allegedly siphoned from the SSA to fund projects to benefit former president Jacob Zuma.

“What I can confirm is that money has been stolen, and we’re talking lots and lots of money, taken with suitcases, others being lost, and people never really held accountable for that money,” Dintwe told Zondo on Wednesday.

He described a common scenario. Senior officials who are not active in operations, a chief financial officer, for example, would send a junior agent, “the runner”, who can access funds for sources, to collect large amounts of cash.

The CFO would instruct the agent to claim that the money is for a source and then hand it over to his boss, without ever knowing if there was a source or what happened to the cash. In his example, Dintwe said both the runner and CFO knew their actions were corrupt.

“Our findings are this money has been used for other things that in fact could affect our national security adversely,” said Dintwe.

While much of the testimony related to intelligence agencies has focused on funds siphoned off to support Zuma’s faction of the ANC, Dintwe said the loot was used to fund various factions of the ANC and fuel political tensions.

“That is correct, chairperson.”

One SSA member, a protector for a political principal, claimed R9-million for international travel over three years while evidence showed the principal never travelled to the claimed destinations. In another transaction, an agent took €200,000 in cash to pay a source. The supposed source would sign to say they’d received the payment, but that signature served as the only accounting of how the money was used.

“There is just a signature, no letterhead, no nothing and we are talking huge amounts of money,” said Dintwe.

The Office of the Inspector-General for Intelligence can investigate allegations of corruption and impropriety at intelligence agencies while the Independent Police Investigative Directorate (Ipid) and Hawks investigate criminal cases for prosecution. In theory, that is.

In practice, the intelligence community has employed rather effective strategies to ensure members are never held accountable for their grand-scale theft. First, they refuse to cooperate with Ipid and the Hawks, claiming the Inspector-General for Intelligence has exclusive jurisdiction to investigate their agencies.

Dintwe’s office makes recommendations and doesn’t launch criminal cases. He described the claim from SSA and Crime Intelligence leaders that his office has exclusive jurisdiction as an “absurdity”, one they employ because they know his office is weak and his recommendations can be ignored.

Then, they refuse to give investigators evidence, claiming the information is classified.

“Members of my office and I have been allowed only restricted or managed access to information from the director generals and other heads of services, evidenced by the protracted delays and lack of response to our numerous requests for information,” Dintwe said in his statement to the Zondo Commission.

He described it as a “constructive refusal”, where intelligence officials over-classify information to stifle investigations. For example, a senior manager was facing prosecution for using the cash funds, meant for secret ops, to pay the shortfall on the trade-in of his private vehicle. The prosecution was interrupted because the relevant documents were deemed confidential.

“It is not intelligence at all. It is purely criminality and theft of state funds,” said Dintwe.

Intelligence agencies’ cash funds are not audited. Dintwe’s office was in discussion with the late auditor-general Kimi Makwetu on collaborating to audit the secret funds, but the inspector-general said his office neither had the mandate nor the skills to conduct such an audit.

Evidence leader Paul Pretorius SC asked, “So, that very category of funds that you have investigated and shown to be the source of much corruption and blatant looting and theft, as you’ve put it, is concealed from the Auditor General, is that right?”

“That is correct, chairperson,” said Dintwe.

The issue of auditing the funds came up at the JSCI. Intelligence agency heads had reviewed how other countries handle the challenge of auditing secret spy funds and, according to Dintwe, told the committee it had found an appropriate model.

They suggested following the example of an African country where the auditor general played no role in such audits. The country they wanted to follow was ranked last in Africa on Transparency International’s corruption perception index, said Dintwe.

Dintwe said the JSCI failed to perform its oversight role. The JSCI has been silent while Zondo has heard evidence that intelligence agencies were looted to enrich their members and fund ANC factions. The committee has doubled down on its unfounded claims that its activities must remain secret, even while Dintwe faced an onslaught of opposition from multiple Cabinet members for trying to do his job.

The testimony at the Zondo Commission on the wide-scale looting of intelligence agencies has been explosive, but, if called to testify, JSCI members cannot claim ignorance, said Dintwe. He repeatedly told them what was going on and they failed to act.

Dintwe, whose term comes to an end in 2022, said he believed his office has failed on its mandate. He admitted he could have pushed more, perhaps gone to court more frequently to demand access to confidential documents and had struggled to improve accountability over intelligence agencies.

While Dintwe has certainly made more inroads than his predecessor, the late advocate Faith Radebe, Zondo said appreciated the Inspector-General’s willingness to take responsibility.

“I’ll be out of this office on 15 March 2022 but I’ll be the happiest man if my successor will reap the rewards, if there are any, in terms of strengthening this oversight mechanism, which is very crucial to the intelligence space,” said Dintwe. DM