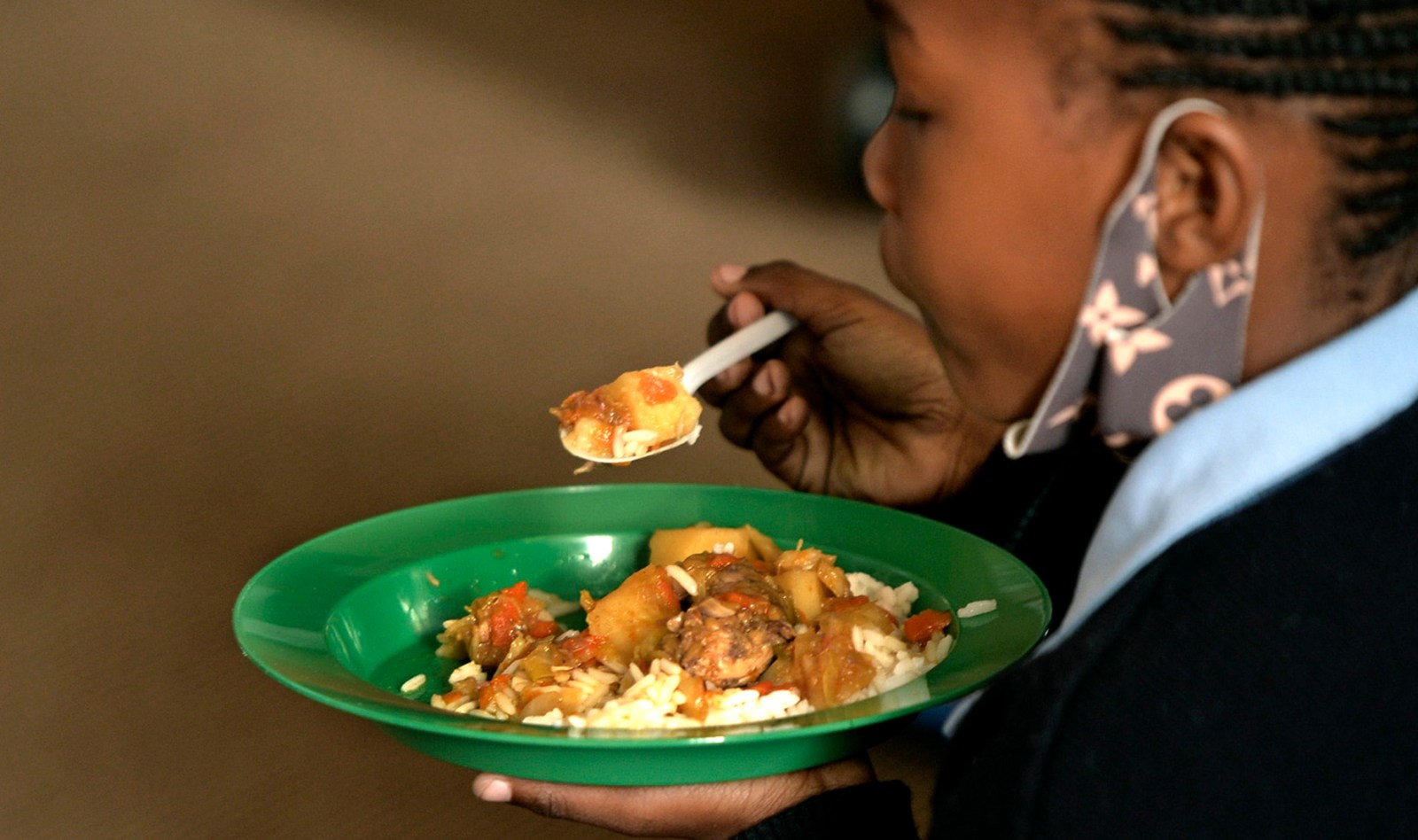 Moved by the plight of more than 800 pupils facing hunger after thieves cleaned out the kitchen at Frank Joubert Primary School in Schauderville, Gqeberha, the Industrial Development Corporation donated enough food on Wednesday to feed them for three months.

When thieves plundered their kitchen, the school in Schauderville, Gqeberha, was left in crisis and had to plan day by day to make sure pupils had something to eat.

Daily Maverick readers, too, were moved by the story in February 2021 of how thieves took all the National School Nutrition Programme supplies for the rest of the year, along with some equipment, and the subsequent panic to find food for the pupils. Many donated money for food.

According to the police, the caretaker first noticed the theft on Sunday, 21 February at about 1pm. The food that had been cooked for the following day’s meal was missing, as were cables, a kettle and electrical cords. He then discovered an open classroom window and the ransacked kitchen. A case of housebreaking was opened by the police, but no arrests have been made.

After reading the article about the school’s dire position, the Industrial Development Corporation partnered with local NGO Love Story to supply the school with meals for a term. Liske Kock from Love Story said they had liaised with the school to find out what they needed.

“We were moved by the article and tapped into our relationship with Love Story to see how we could come to the school’s aide to temporarily assist them and ensure that the pupils who depend on these meals are not stranded,” said Tebogo Molefe, the IDC’s corporate social investment manager.

Love Story founder Elaine Watson said: “Assisting those who are destitute has always been close to our hearts, and we are grateful for partnerships such as those with the IDC as we can reach out to even more people through our efforts.”

Owing to socioeconomic circumstances, the two meals offered by the school have been the only meals most of the pupils get.

“We package the surplus of the daily cooked meals and send those home with some of our learners who need it the most, to benefit their families,” principal Mervin January said.

The school did not have the money to replace the stolen food because it had already used its allocated budget to buy it.

January said that while no one has been arrested, Afristay has sponsored two security gates to safeguard food in the kitchen and the storerooms.

“The school has paid a security company to patrol at night from six to six [at] R2,500 a month. Now even those who work at the school come round to make sure that everything is still okay,” he added.

“We are so grateful for the food. It came at the right time. Covid-19 has done a lot of damage to us. Learners are not paying school fees as we are a no-fee school, but we have a lot of other expenses. At least for this quarter, our food has been sorted. It is really appreciated.” DM/MC