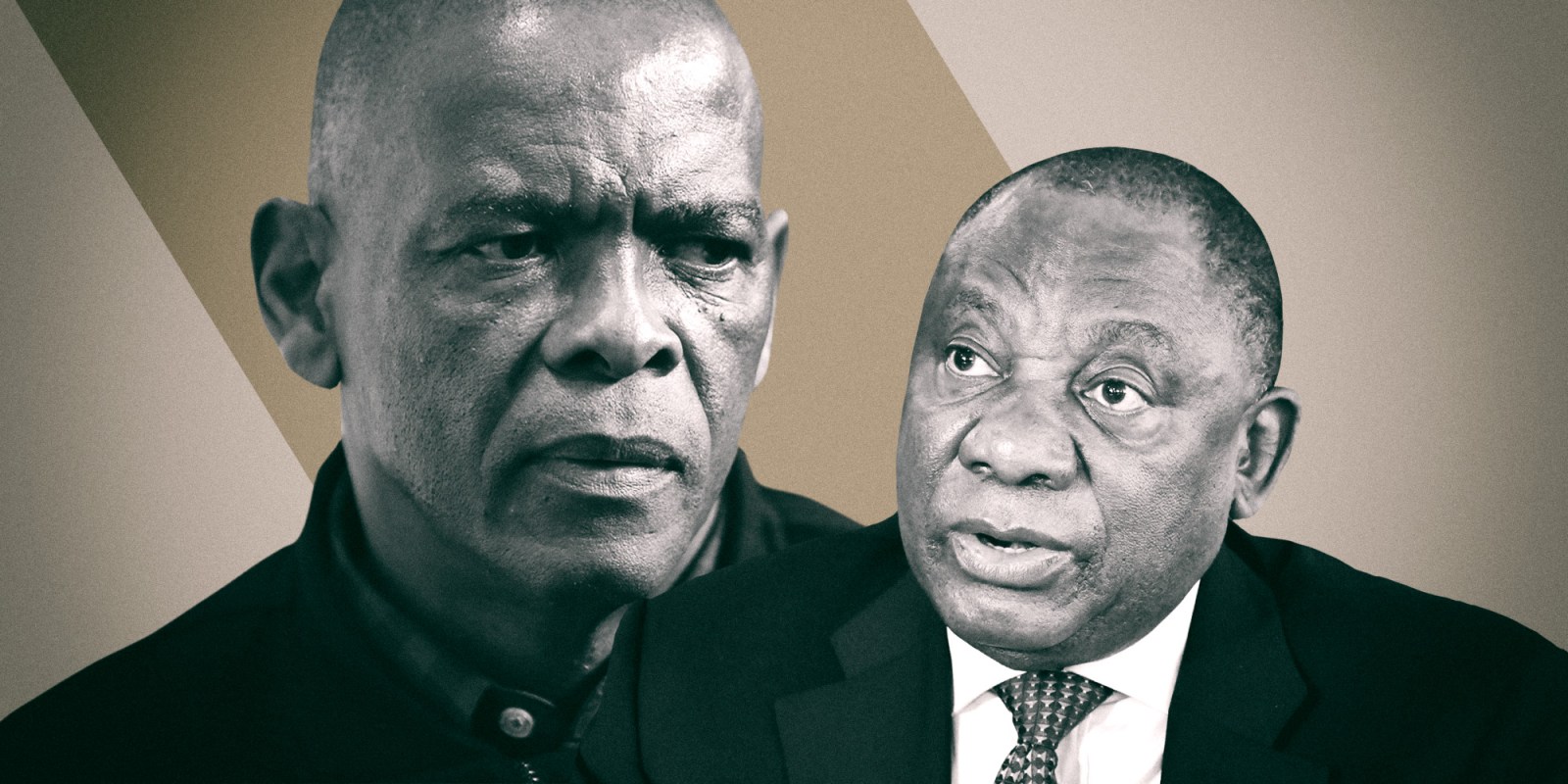 The ANC sent Secretary-General Ace Magashule a suspension notice on Monday. On the same day, Magashule informed President Cyril Ramaphosa that he would also be suspended from the party. Magashule is on the ropes and desperate.

There was a lot of speculation on Wednesday evening about whether a leaked letter from ANC Secretary-General Ace Magashule to President Cyril Ramaphosa was real.

Magashule is facing criminal charges regarding a R255-million Free State asbestos tender, one of the many questionable deals under his premiership in the province, and is a prime candidate for the ANC’s step-aside rule, which essentially says that any member facing criminal charges should vacate their positions while their cases continue.

In a leaked letter, ANC Deputy Secretary-General Jessie Duarte on 3 May 2021 told Magashule he would be temporarily suspended from his position, pending his criminal case. At the end of March 2021, the ANC’s National Executive Committee gave Magashule 30 days to step down or face suspension.

The party was true to its word.

It appeared Magashule was outplayed by his rivals in Ramaphosa’s camp, but the secretary-general, who was used to getting his own way in Free State, fought back.

On Wednesday, Magashule’s letter to Ramaphosa, dated 3 May, the same day he was suspended, was leaked. Magashule, who has attempted to expand the ANC’s step-aside guidelines to include not only charged but implicated officials, told Ramaphosa he was also suspended from the ANC due to claims about the funds he raised for his CR17 campaign to become president of the party.

Magashule told the countrys president “you are hereby temporarily suspended, with effect from 3 May 2021 , from all activities of the ANC, pending all the internal processes of the ANC, as well as the finalisation of the pending matters to which I have referred above”.

The ANC confirmed Magashule’s letter to Ramaphosa was legitimate. In a statement, it said it noted the secretary-general’s comments, but: “The decisions of the National Executive Committee and National Working Committee stand. The NEC will be meeting over the weekend and will accordingly respond to the Secretary-General. The ANC requests that the Secretary-General respect the decisions of the NEC and subject himself to the discipline of the organisation.”

ANC spokesperson Pule Mabe appeared on Newzroom Afrika on Wednesday night and defended the president rather than his boss, Magashule. Mabe said the ANC NEC would reflect on Magashule’s comments but the party was disciplining its comrades in line with its resolutions.

“Ace has lost his marbles,” said an NEC member who explained the process to Daily Maverick.

According to the ANC’s constitution, it doesn’t appear that Magashule has the power to suspend Ramaphosa, a decision which could only be taken by the NEC or national working committee.

Magashule’s attempts to paint himself and Ramaphosa with the same brush appear nonsensical but will likely gain traction in some quarters. There are still unanswered questions over Ramaphosa’s wealth and the investments in his ANC Nasrec campaign.

But unlike Magashule, Ramaphosa hasn’t been tied to blatant corruption attempts to benefit the governing party. Ramaphosa has not been charged with corruption, nor has any evidence emerged from the Zondo inquiry that he should be charged.

Magashule’s attempt to suspend the president looks like the last kicks of a dying horse, trying to salvage influence in a party that has saved so many others from accountability. DM