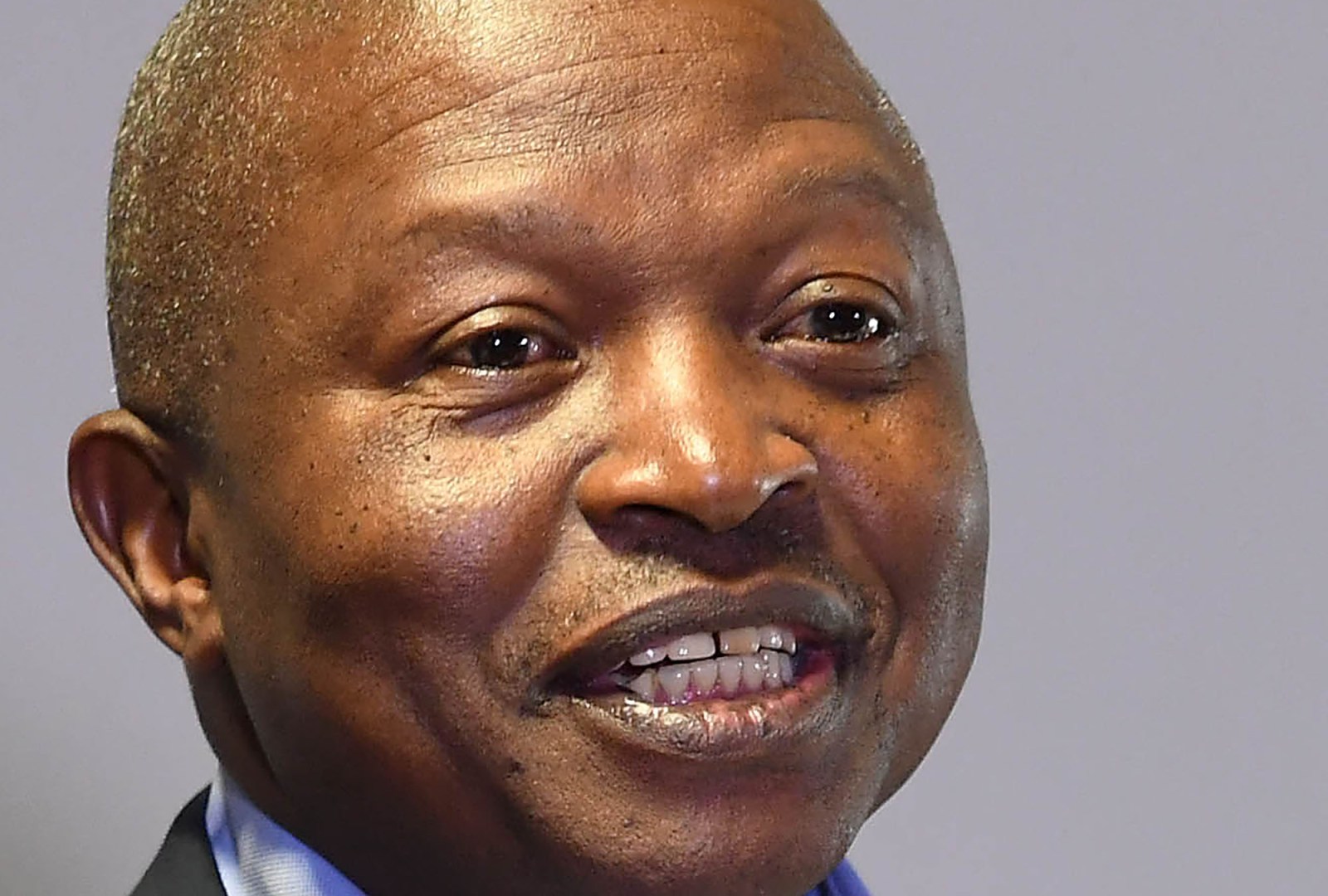 David Mabuza’s deputy presidency has largely been defined by absence, but as he takes a more active public role, perhaps hinting towards his ambitions at the next ANC elective conference, new and old allegations are likely to haunt him.

David Mabuza’s address to the Covie community near Plettenberg Bay on 30 April 2021 was about as presidential as he gets. The deputy president’s leadership over the last three years has been characterised by absence and silence but on Friday, while handing over 764,000 hectares of land to the Western Cape community, Mabuza spoke extensively on the history of dispossession and the link between land reform and freedom.

“We do so, simply because we cannot afford to stand still and not actively address South Africa’s original sin of land dispossession and spatial injustice.”

The former Mpumalanga premier has had a limited public role in the defining issues of President Cyril Ramaphosa’s presidency – ANC factionalism, the fight against corruption, the coronavirus pandemic, economic stagnation and seemingly endless challenges at state-owned entities.

That is, until recently, when the Mpumalanga strongman who played kingmaker in Ramaphosa’s ANC presidency election, started making frequent public appearances and even addressing journalists.

Mabuza’s re-emergence could point to a nascent attempt to rebuild and remodel his public profile ahead of the ANC’s 2022 elective conference, where he might seek another term as the party’s deputy president or vie for the top post.

A shrewd political operator, Mabuza’s public silence on many of the country’s and ANC’s controversial issues could set him apart from Ramaphosa and Secretary-General Ace Magashule as he navigates the party’s divisions.

Allegations of corruption and impropriety, however, are synonymous with Mabuza’s rise in Mpumalanga.

News24 reported on Monday that the Special Investigating Unit (SIU), Hawks in South Africa and FBI in the US are all investigating an alleged R100-million donation from General Electric (GE) to Eskom’s corporate social investment (CSI) programme.

GE acquired Alstom, which has been paid around R17-billion for installing six turbines at Kusile power station, in 2015. Alstrom has been linked to allegations of corruption through its subcontractor Tubular Construction Projects.

After obtaining a trove of Eskom emails and documents, News24 published correspondence from former Kusile project manager Frans Sithole to GE and the DD Mabuza Foundation. In 2016, Sithole thanked GE for its R100-million contribution to Eskom’s CSI programme and informed the multinational company it would make a “strategic donation” of R30-million to Mabuza’s foundation.

Sithole then allegedly sent a letter to Mabuza, who was Mpumalanga premier at the time, informing him of the R30-million donation from GE, through Eskom, and requesting details regarding payment.

Mabuza’s spokesperson Matshepo Seedat has denied the deputy president ever received Sithole’s letter. The DD Mabuza Foundation denied it ever received the R30-million. GE and Eskom both denied any of the alleged payments were ever made.

Seedat told Daily Maverick that there was no ambiguity in the News24 report: “The article is clear that there is neither a payment solicited nor made to the DD Mabuza Foundation through Eskom.”

Eskom has said it had no record of a donation to Mabuza’s foundation while it could not comment on the allegations against GE while they’re under investigation.

The new allegations provide a curious parallel with past claims against Mabuza. Everyone involved in the alleged proposal for GE to pay Eskom R100-million and then Mabuza’s foundation R30-million deny any such efforts took place and all parties involved claim it was never solicited nor paid.

Beyond Sithole’s letters, there’s no publicly released evidence of impropriety and even those letters don’t provide a link between the aforementioned donation and the awarding of Eskom contracts. And yet, multiple law enforcement agencies are reportedly investigating the issue.

Mabuza’s reign in Mpumalanga, where he built the ANC in the province to become the second-biggest voting bloc at Nasrec, has repeatedly been linked to corruption allegations, which he has strenuously denied.

The New York Times built on the work of local media to provide an extensive feature on the claims against the former premier. The North Gauteng high court will soon consider Mabuza’s alleged role in stifling Fred Daniel’s attempts at creating a world-class conservation park.

But so far, the widespread allegations against Mabuza appear to have had little traction with law enforcement agencies, the NPA and the courts. Unlike in Magashule’s case, the allegations against the deputy president don’t appear likely to be tested in court any time soon.

If Mabuza’s recent public appearances, however, are an attempt at asserting himself ahead of the ANC’s next national conference, there will be a renewed focus on his leadership as Mpumalanga premier and ANC chairperson that could limit his reelection as deputy president or president.

Just ask Ramaphosa and Magashule, who are constantly facing attacks, allegations and counter-allegations on every front. Mabuza could soon join the fray and face the sort of scrutiny he might have avoided by keeping a low profile as deputy president. DM