Balance of Power: Behind Ramaphosa’s campaign for the presidency 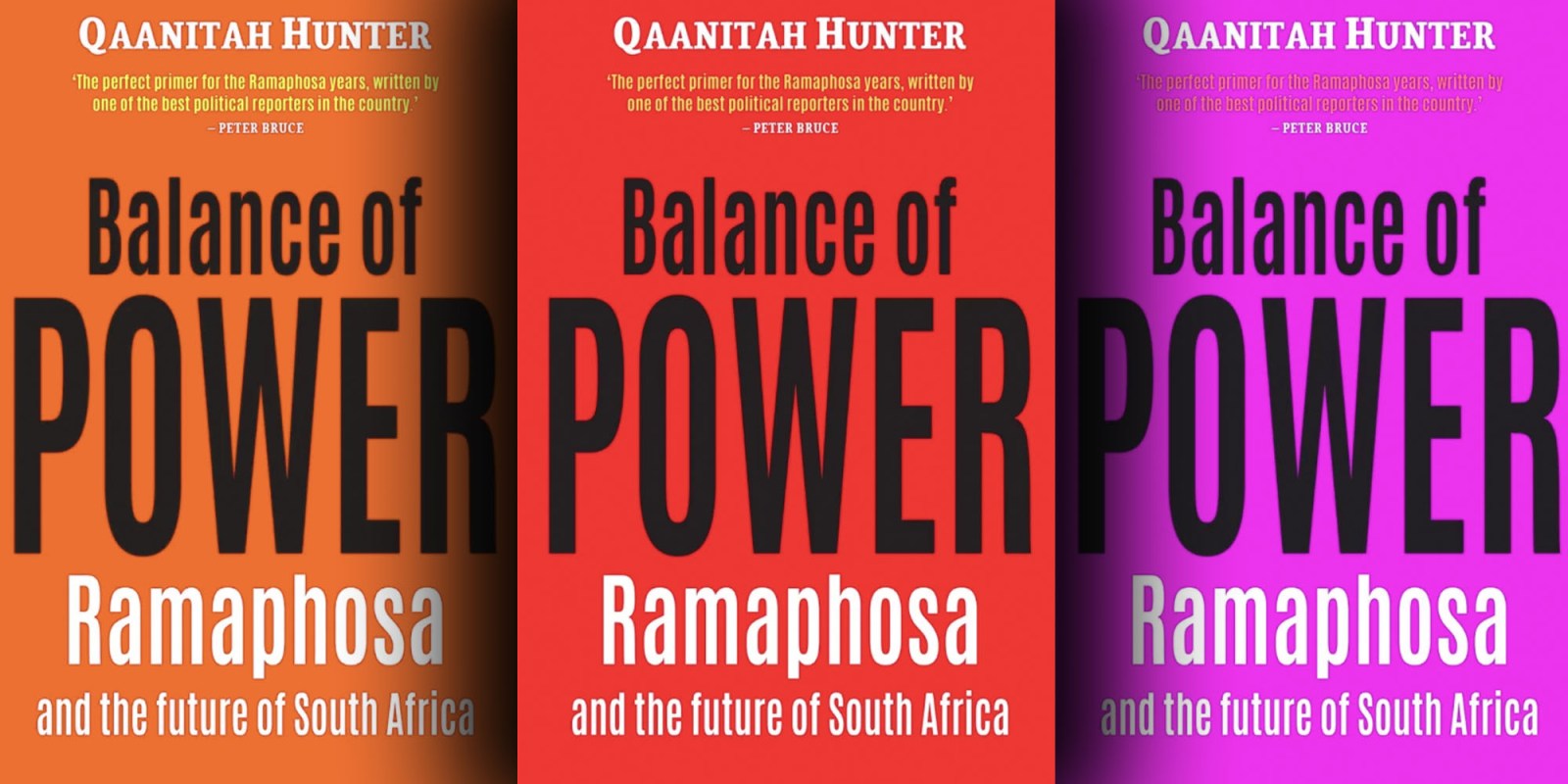 Journalist Qaanitah Hunter takes us into the heart of Cyril Ramaphosa’s ascendency to the presidency, looking behind the scenes at power-plays and dynamics of political campaigning – and looks to the future, contextualising what the current political climate could mean for both the ANC and South Africa. This extract, ‘Unity, what unity?’, details David Mabuza’s positioning as the power broker of the Nasrec 2017 conference.

At a well-known hotel in the south of Johannesburg, the CR17 team set up de facto headquarters for co-ordination, decision-making and caucusing during the December 2017 conference. The situation was fluid and they needed a “war room” venue to keep watch on what was happening at the Nasrec expo centre where the conference was underway. This became the place where the top organisers of the CR17 campaign could discuss developments at the conference in private and caucus behind the scenes. The Nkosazana Dlamini Zuma (NDZ) campaign also had an off-site meeting place though Jacob Zuma’s holding room at Nasrec became their central base.

In addition, there was a “third-way” grouping at the Nasrec conference, the brainchild of David Mabuza, the strongman from Mpumalanga. This group was made up of proxies of Mabuza, and was led by Paul Mashatile, then ANC chairperson of Gauteng, and Zweli Mkhize, the outgoing ANC treasurer-general in 2017. It was referred to as the “unity faction” by journalists who were covering what went on behind the scenes in the run-up to the conference. This group with the oxymoronic name included some of the ANC’s biggest factionalists calling for unity in the party.

One of the core purposes of this grouping was to negotiate a leading position in the party for Mashatile, who had put his name forward twice before for a position in the national leadership and failed. Mashatile’s time was up in his home province of Gauteng, so this was the last chance he had to fulfil his ambition to lead the ANC nationally.

While the unity group was an offspring of David Mabuza, he himself was following a different trajectory. His province of Mpumalanga nominated him for deputy president of the ANC, and soon he became the candidate of the NDZ faction for the deputy presidency. But despite this marriage of convenience between Mabuza and Mashatile that produced the unity grouping, the NDZ group refused to back Mashatile, not even on Mabuza’s insistence. Mashatile was a long-standing foe of Zuma and his allies, and no amount of political manoeuvring would make them support him. This history of bad blood went back many years, from even before the Mangaung conference of 2012, and involved a personal vendetta between him and some of NDZ’s main supporters like Nomvula Mokonyane. At one stage Mashatile had even initially considered backing Dlamini Zuma, travelling to Addis Ababa in Ethiopia, where she was based as chairperson of the African Union, to meet with her, but he withdrew that support once the group of Zuma’s allies, who were his political enemies, promoted her as their candidate.

An ANC NEC member reminded me during the research for this book that the CR17 and NDZ groupings had actually been one at the Mangaung conference of 2012 before splitting up. They were then dead set against the “Anything but Zuma” faction in which Mashatile played a significant role. While in 2017 Mashatile was accepted by the CR17 grouping, albeit as an outsider, the NDZ group would not have him. And when Mabuza became the candidate of the NDZ group for the deputy presidency, Mabuza made it clear that he and Mashatile were a combo deal. “If Paul dies, then I also die,” was the metaphor he repeated to anyone who would listen. He also emphatically stated months before the conference that a Dlamini Zuma presidency might tear up the ANC.

A once-trusted ally of his in Mpumalanga explained this to me at the time by asking: “Who wants to be the deputy president of an opposition party?” This was in reference to a popular sentiment that if Dlamini Zuma and those who backed her won the conference, the ANC would lose the next general elections. Mabuza knew that the ANC would suffer electorally if people believed Zuma’s presidency might continue after his term of office expired through the person of Dlamini Zuma and those who worked to elect her.

But the more Mabuza preached unity, the more the NDZ side dismissed him. They believed that as long as he was on their slate as their deputy presidential candidate, he would support NDZ and convince the delegates from his province to do the same. And they thought this belief was confirmed when it became apparent that the CR17 side dismissed Mabuza and didn’t even bother talking to him.

Every time Mashatile would try to broker a meeting between Ramaphosa and Mabuza, people like Jackson Mthembu and Fish Mahlalela would rebuff their approach. This, I heard from impeccable sources, happened about three times. The rocky history between Jackson and Fish, who were key lobbyists for CR17, and Mabuza went back to provincial factional issues in Mpumalanga.

While some CR17 campaigners believed that there should be an open channel of communication between Ramaphosa and Mabuza, most thought the latter was too embedded with the other side. He was said to be a key member of the so-called premier league, which also included two other powerful ANC chairpersons and premiers at the time, Ace Magashule in Free State and Supra Mahumapelo in North West. Any communication was out of the question.

As branch nominations came in, Ramaphosa appeared to be leading with about 1,862 branches nationally nominating him for president ahead of Dlamini-Zuma’s 1,441. But ANC conferences have proven that nominations alone are not the only metric to weigh a candidate’s prospects of success. Things change on the floor of the conference as delegates are made promises and horse-trading takes over.

At the core of this manoeuvring was the ANC in Mpumalanga, which prevaricated about whom they would support for president. On 1 December 2017, I travelled to Nelspruit in Mpumalanga where Mabuza called the final meeting of ANC branches in his province. Bizarrely, 223 branches nominated “unity” to become president, 123 voted for Dlamini Zuma and 117 voted for Ramaphosa. Even the agency conducting the elections looked confused, insisting that delegates could not vote for an abstract idea such as unity to be the president of the ANC. But Mabuza defended them, even getting angry at the ANC’s own electoral agency for suggesting that the “unity” votes should be considered as abstentions.

Later, in a hilarious encounter, I asked Mabuza on that day who “unity” was, and he responded, “I am unity and unity is me”. It was an amusing soundbite, but later that statement became in retrospect almost prophetic. Mabuza’s push for unity proved to be a front for his own election and power-brokering. Only later did it become more open and pronounced.

The 223 delegates who voted for unity were led by Mabuza’s proxy, Pat Ngomane, who served as MEC for safety and security in Mpumalanga. The branches that supported NDZ were managed by the incumbent secretary of the ANC in Mpumalanga, Mandla Ndlovu. The 117 delegates whom the CR17 team managed to garner were led by the likes of former Youth League leader Ronald Lamola.

All three groupings were unanimous in agreeing on two positions: that the deputy president should be David Mabuza and the treasurer-general should be Paul Mashatile. This was indicative of the fact that talks of unity came with strings attached. But Mabuza had said to me in an interview, and to ANC gatherings, that he was willing to give up his candidacy as deputy president of the ANC for the sake of unity. Those close to Mabuza were adamant that he genuinely meant this. It was, however, hard to tell whether he was being genuine, but at that moment it struck me that Mabuza was positioning himself as the power-broker of the Nasrec conference. At Nasrec he led the second-largest province in terms of delegates, and with KwaZulu-Natal, the biggest voting bloc, now divided, Mabuza’s province of Mpumalanga became the king-makers. Whoever won would win because of him. DM

Qaanitah Hunter is an award-winning political journalist with the Sunday Times. She was Vodacom Journalist of the year in 2016 and 2017 and recently won the Nat Nakasa Journalism Award (2019). She has done political analysis on SABC, eNCA, Talk Radio 702 and written for Daily Maverick and Mail & Guardian. ‘Balance of Power’ is published by Kwela Books, an imprint of NB Publishers.