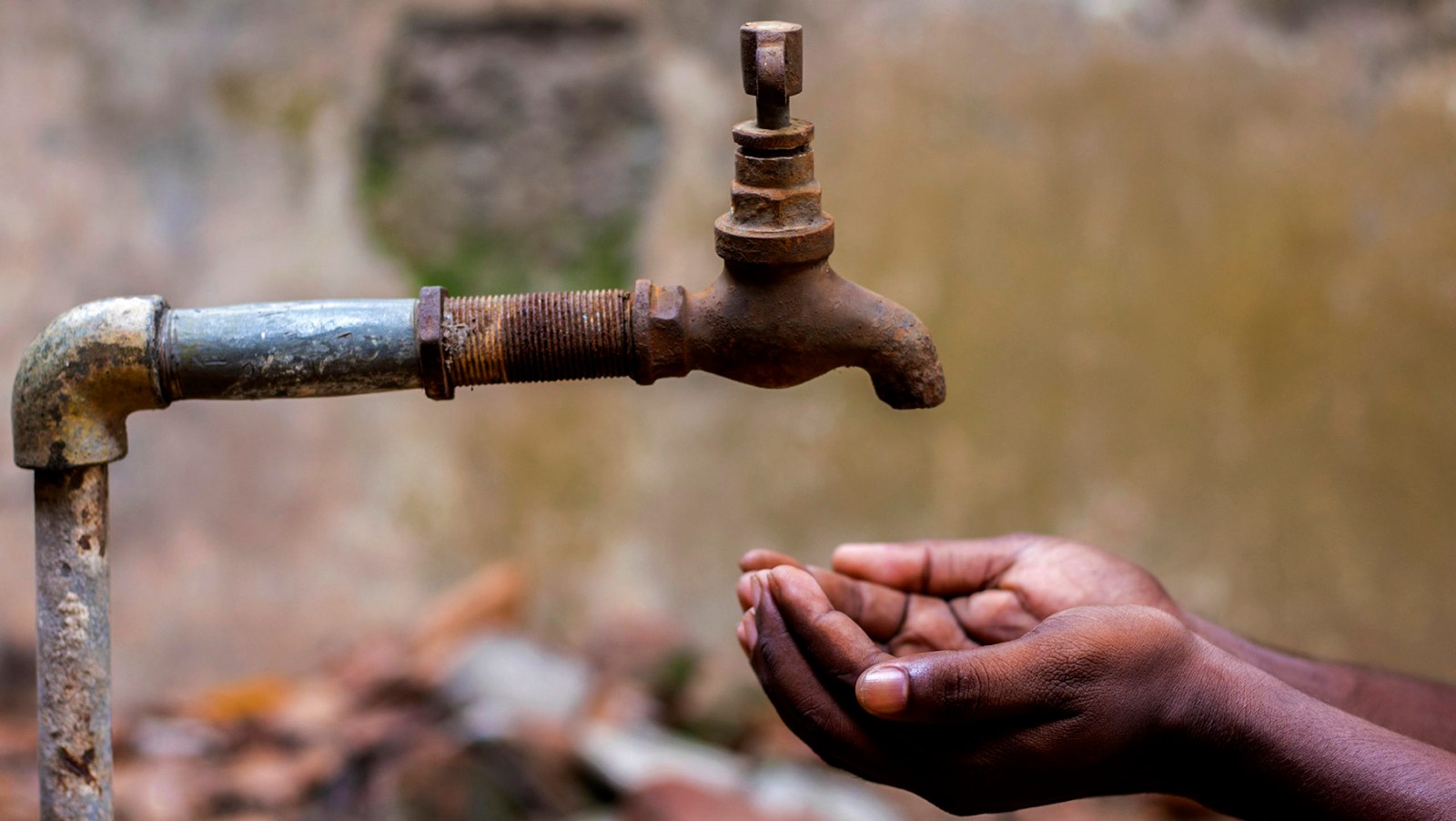 South Africa’s water resources are at a critical point. Numerous studies show that by the beginning of the next decade South Africa will face the biggest water crisis the country has yet witnessed — if we don’t act now. (Photo: Alamy / Wikipedia)

South Africa’s water resources are at a critical point. Numerous studies show that by the beginning of the next decade the country will face its biggest water crisis yet — if we don’t act now.

Some of the challenges affecting our water include the amount available, the unequal distribution and access to clean water, the quality and state of water infrastructure, droughts causing towns to run dry and corruption that has affected municipal treatment plants, resulting in sewage flows into streets, rivers and groundwater.

South Africa, a naturally water-scarce country and the 30th-driest in the world, is already feeling the pressure. It is predicted that the country’s water demand will outstrip supply by 2030 — that’s fewer than 10 years away!

To make matters worse, the little water we do have is being polluted and wasted. Water quality is negatively affected by mining, manufacturing industries, agriculture, crumbling infrastructure and poor wastewater treatment.

According to an article in the Mail & Guardian in 2017, the country’s municipal sewage system is close to non-functional, with more than 90% of the 824 treatment plants releasing raw or partially treated sewage into rivers. The South African Human Rights Commission has reported that the Vaal River is “polluted beyond acceptable levels”, affecting natural ecosystems and endangering people’s health. There is a lack of maintenance of basic infrastructure due to deep corruption at local government level.

In Gauteng, the economic hub and the smallest province, there is ongoing acid mine drainage on the West and East Rand of Johannesburg, as well as serious pollution of the Hartbeespoort Dam. Furthermore, it is estimated that 37% of South Africa’s clean, potable water is being lost and wasted through poor infrastructure such as leaking pipes.

With regard to access to water and sanitation, the statistics do not tell the real story.

According to a 2018 “call to action” developed by the Department of Water and Sanitation, optimistically titled Ready for the Future and Ahead of the Curve, at that time about 14 million people did not have access to safe sanitation and only 64% of households in South Africa had access to a water supply service. However, the expression “having access” to water, which appears in Section 27 of the Constitution and is used by the department, is misleading because it does not reflect people’s experiences of having long and unaccounted-for water interruptions or having broken systems or no systems at all.

On top of all of this waste and pollution, the onslaught from the impacts of climate change will make water scarcity even worse since we will experience more frequent and severe droughts.

A big deal was made when Cape Town was close to day zero. But there have since been many more towns that have approached day zero. The Makana municipality faced extreme shortages due to neglect of water supply infrastructure, corruption and four years of drought. In Nelson Mandela Bay water is rapidly running out and the dams are almost empty.

Little rain is forecast and drastic water shortages that will affect schools, hospitals, sanitation and people’s dignity seem inevitable. Across the country, people are rising up, whether in protest or doing the work of the municipality — such as the Harrismith water heroes in the Free State who fix leaks and potholes and sort rubbish.

In recent months there seems to be some action from the government and one can be led to believe there is some urgency. President Cyril Ramaphosa said on 23 April 2021 that the Infrastructure Coordinating Commission in the Presidency is committed to addressing municipal infrastructure and service delivery. The commission is supposed to be responsible for establishing a National Water Resource Infrastructure Agency and reviewing the Raw Water Pricing Strategy to ensure effective pricing and cost-reflective tariffs.

There is also a proposal to establish an Independent National Water Regulator that will separate the regulation (of cost and policies) from the tasks of water resource management and water services provision.

While this is important and necessary, this commission will not root out the corruption, which is a key factor. Having more commissions and councils could mean having more talks about talks. Instead of reducing the bureaucracy and increasing its transparency, these actions seem to be creating more layers that separate the people’s voices from the solutions. That should be the starting point for the government.

The government has stated that water infrastructure is affected by a shortage of technical skills in local government, poor infrastructure management practices and inadequate budgeting and spending on maintenance. And to respond to this it has contracted 24 Cuban engineers for three years to help with infrastructure maintenance and training for artisans in the sector. This is fine as part of internationalist commitments, but it has to be linked to building local capacity, active labour market planning and links to infrastructure roll-out more broadly to train more young people in South Africa to be engineers — which seems to be the plan.

It would be good to also reach out to retired experts to volunteer and give something back to the country.

Fair enough, the issue is complex and needs a range of solutions to tackle the state of our water resources. There are technical solutions such as next-generation sanitation and water-efficient options, but political solutions must ensure corruption is dealt with and that people go to jail — not only local government officials, but individuals in the private sector who influence corrupt behaviour.

In addition, the basic steps that the government should take include creating greater awareness and sharing information on the state of water resources. There needs to be greater transparency. Build on the Blue and Green Drop reports and make them publicly accessible. These began in 2009, reporting on water quality (blue drop) and wastewater treatment plants (green drop).

Water resources need to be democratised — get the people involved. There are good examples of this, from Harrismith to the thousands of citizen science groups monitoring and cleaning rivers. This is not complicated.

People must not be silent about our water any longer. Everyone has to be involved if we are to avert this crisis. We need active citizens, local community groups, local businesses and the government to work together.

The Climate Justice Charter Movement has raised awareness about water and the control of water by a few while many are in desperate need. The charter declares:

“Water is a public good, water needs to be conserved by all and it must be protected from pollution. Furthermore, water use has to be democratically planned and effectively regulated while affirming citizens’ rights to consume this scarce and precious resource. Water and sanitation infrastructure must be upgraded, managed and monitored to ensure efficient use. Water savings from phasing out coal generation and big industrial-scale farming will enhance the water commons.”

A water-conscious society has to be promoted. Let’s not wait for water shedding. DM/MC

Ferrial Adam is an activist working with the Cooperative and Policy Advice Centre (COPAC) on the Climate Justice Charter Movement.