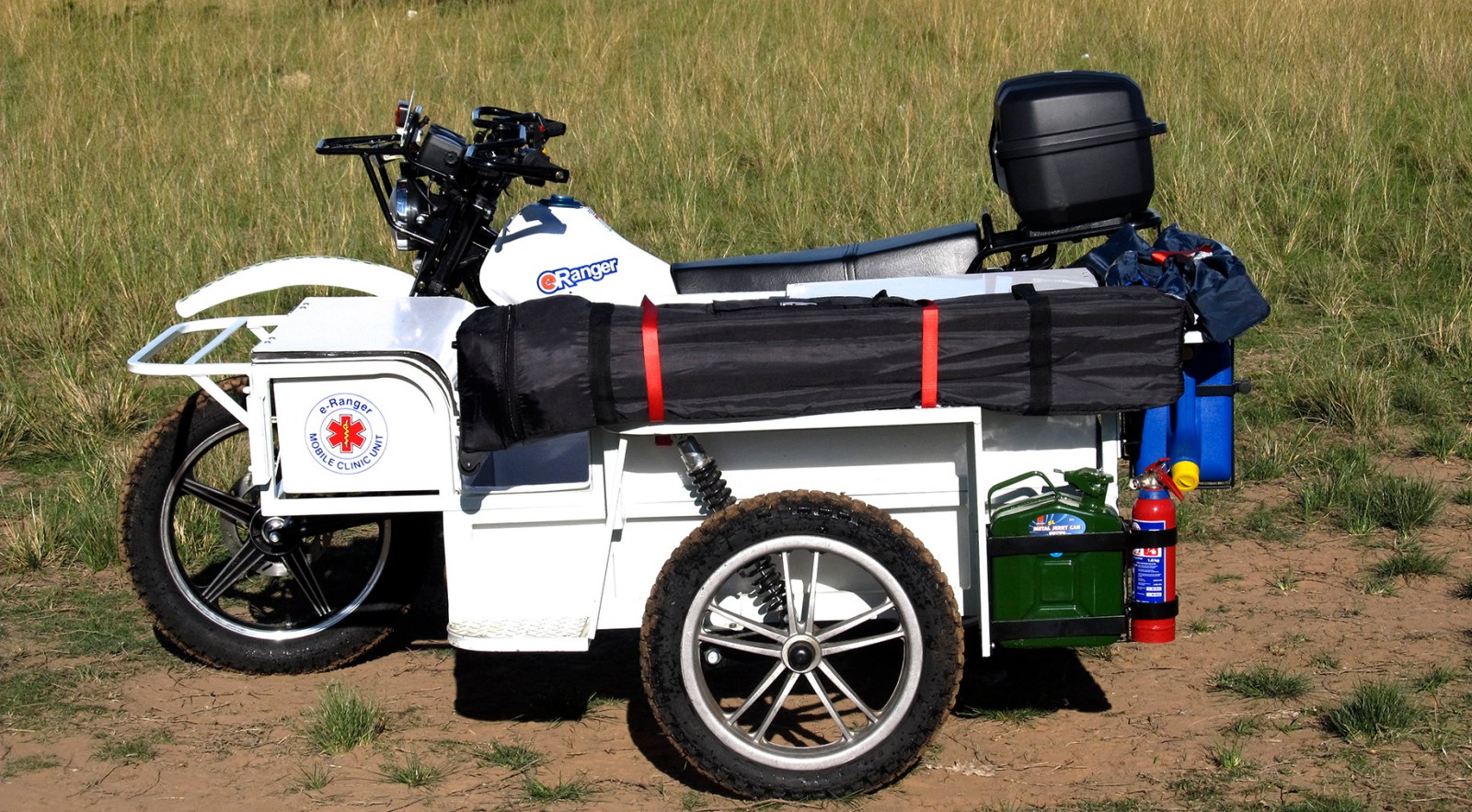 An example of a mobile ambulance procured by the Eastern Cape Department of Health for a launch event. (Photo: Supplied)

After months of controversy, allegations, claims of revenge over a Russian bride tease and serious findings by the Special Investigating Unit (SIU) against the former MEC for Health and the former superintendent-general, the Eastern Cape Department of Health has decided to let its scooter project go.

A case of fraud and corruption was opened in Bhisho on 8 September 2020. The case was later handed over to the Eastern Cape Hawks, but no arrests have been made.

“We have taken a decision not to oppose the SIU who were applying to have the tender cancelled,” department spokesperson Sizwe Kupelo said.

The owner of Fabkomp, Brian Harmse, said he too had decided to abide by the decision of the Special Tribunal, but filed an affidavit to respond to allegations made against him by the SIU.

In June 2020, using funds that had been earmarked for the fight against Covid-19, the Eastern Cape Department of Health launched its medical scooter project in East London with great fanfare. The activities of the launch included taking former Health MEC Sindiswa Gomba and the Minister of Health Dr Zweli Mkhize for test drives on a motorcycle with a sidecar that had been converted into an ambulance.

In a report attached to his papers before the Special Tribunal, Harmse admitted that it was all a farce as the department had not even ordered the motorcycle ambulances.

“We were asked on 9 June 2020 to have the motorcycle clinics ready to showcase the next week. We didn’t have any bikes ready. We informed the department that we had four ambulances ready to go to Kenya and two demo units. We were asked to have these units available. The test drives were in the ambulance, but the order was for the clinics,” he said.

He said he had told the Special Investigating Unit of errors in its report on the issue “in good faith and cooperation”, but claimed that the SIU had not responded.

“The SIU initially averred that there was possible collusion and corruption between Fabkomp and the Department of Health,” Harmse stated in his affidavit.

He said that later, in a supplementary affidavit, the SIU investigator in the matter, Glenn Muller, conceded that he was not able to prove collusion.

“I can state that the Department of Health treated the company with favouritism,” Muller stated in a subsequent affidavit.

Harmse claims that Muller was acting with malice as “payback” over an incident that Harmse had teased him about.

Harmse claimed that he and other friends had been making fun of Muller who had allegedly been left holding a bunch of flowers at the airport while waiting to meet a woman he met on the internet.

Muller and the SIU have denied this.

One of Harmse’s business partners, Mike du Toit, stated in an affidavit before the Special Tribunal that he had phoned Muller to discuss claims made against Fabkomp. He said Muller told him not to worry because the focus of the investigation was the Eastern Cape Department of Health.

Following adverse findings by the SIU, former health MEC Sindiswa Gomba was fired by premier Oscar Mabuyane. She also has been criminally charged in a case relating to the abuse of funds earmarked for the funeral of Nelson Mandela.

Dr Thobile Mbengashe, who was the head of the department at the time, is facing disciplinary charges relating to the procurement of the scooters.

Mkhize later said, in an answer to a question in Parliament, that the motorcycle ambulances were not licensed to carry patients in South Africa. The Eastern Cape Department of Health then admitted that it had shown the minister the wrong vehicle.

Spokesperson for the Special Tribunal Selby Mokgotho said Judge Lebogang Modiba was still writing her judgment, but that all parties had filed notices that they were withdrawing their opposition and would abide by the ruling of the tribunal.

Chairperson of the health committee in the Eastern Cape Legislature Mxolisi Dimaza said as a committee, it also advised that the tender should be cancelled.

He said the committee’s report had highlighted how the department contravened the provincial government’s policy that vehicles had to be procured by the Transport Department.

He said there was “lots of room” for a scooter programme to deliver medicine in areas where roads were very bad or hard to reach.

“But they must follow the right processes. This wasn’t urgent. There was no need to deviate from the procurement processes. Also, you need capable drivers before you buy scooters,” Dimaza said. DM/MC