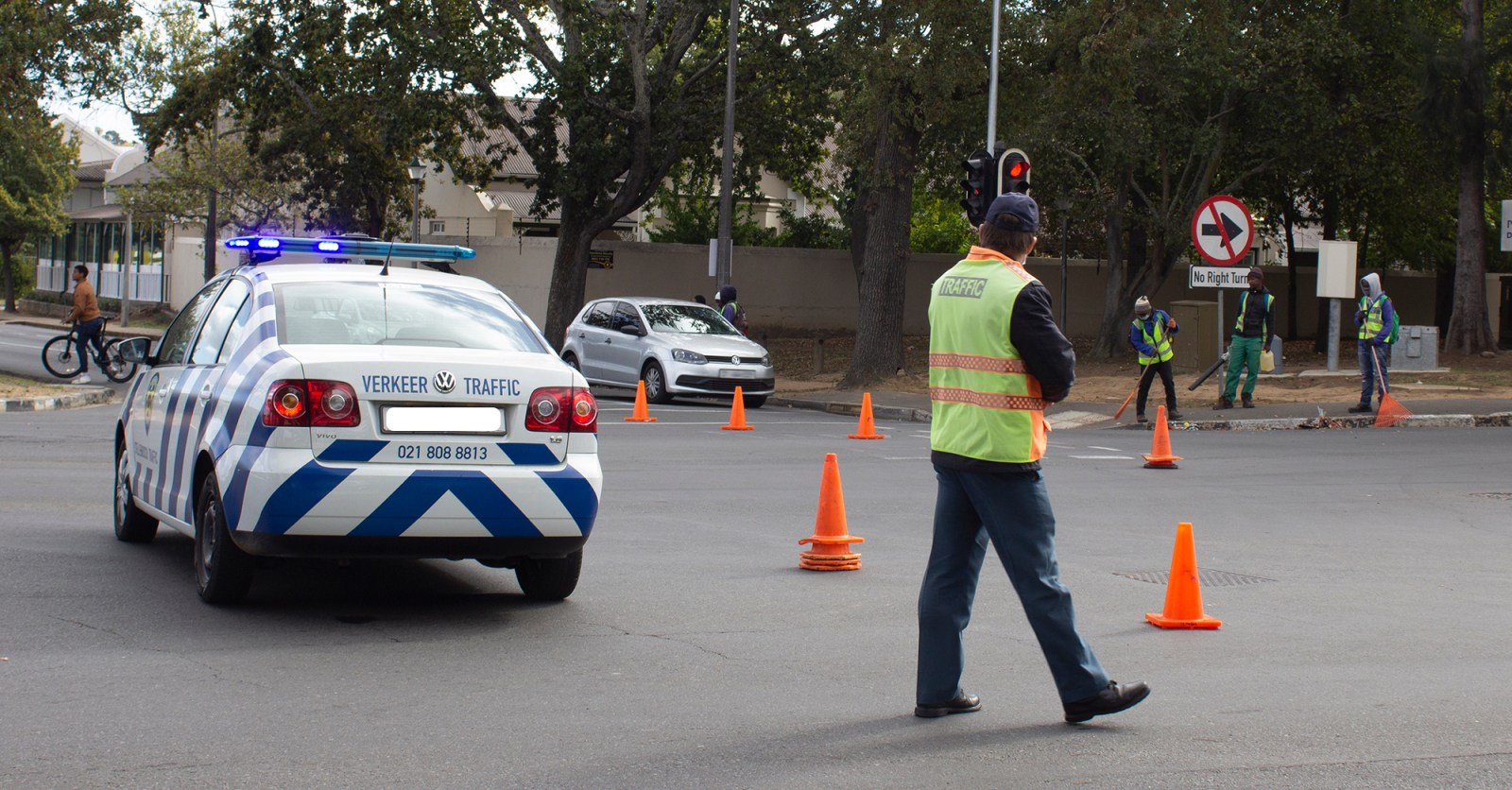 A 39-year-old SAPS sergeant and security guard were shot and wounded after a group of armed men attacked a CIT vehicle in Macassar on 29 April. (Photo: Rebecca Pitt)

A police officer and security guard were wounded after an attempted cash-in-transit robbery in Macassar on Thursday. A car chase and shootout caused multiple chaotic scenes between Macassar, Mfuleni and Stellenbosch. Three suspects have been arrested.

A 39-year-old SAPS sergeant and a security guard were shot and wounded after a group of armed men attacked a cash-in-transit (CIT) vehicle in Macassar on the Cape Flats on Thursday, 29 April.

“Three suspects were arrested and five firearms, including three AK-47 rifles as well as five vehicles, were seized in Stellenbosch. Two of the vehicles were hijacked by the suspects as they fled the Macassar scene,” according to a SAPS statement after the incident.

According to SAPS spokesperson Vish Naidoo, the SAPS does not believe that the three suspects arrested were the only ones involved.

According to the statement, the SAPS officer was wounded during the chase and shootouts, while the security guard was wounded after the group attacked the CIT vehicle in Macassar.

Around 12.15pm, Stellenbosch locals heard gunshots coming from the R44.

Arnold Myuni, a security guard working in the area, said he at first thought it was a car backfiring, “but then I kept hearing the firing”.

“There was a lot of hooting in the road… people were obviously getting afraid,” said Talent Mapfumo, who works at a coffee shop in Dorp Street near where the shootout took place.

In February, Daily Maverick reported on a new modus operandi in heists that saw nine Absa ATMs in the Strand and Gordons Bay area being targeted.

Daily Maverick reported at the time that 293 CIT robberies took place across the country in 2020. SAPS could not give an updated figure.

CIT robberies and those that commit them are notorious for being the most violent, according to Dr Johan Burger, a senior researcher at the Institute for Security Studies (ISS) Africa.

“These cash-in-transit criminals are armed with automatic weapons, [they] use machine guns and they are not afraid to stand and fight with the police,” said Burger. “And the police move around with soft-skin vehicles that are not bullet-resistant.”

The problem is that the police are no longer receiving the specialist training needed to deal with these heavily armed criminals, Burger added.

Burger says he has, as a consultant at ISS Africa, been complaining for some time about the training that police undergo.

“Their basic training is fairly adequate but in the past the police received something known as Street Survival Training, but this has stopped,” Burger said.

Burger added that he has been calling for similar programmes to be reinstated as criminals are increasingly prepared to fight it out with the police in gun battles. DM