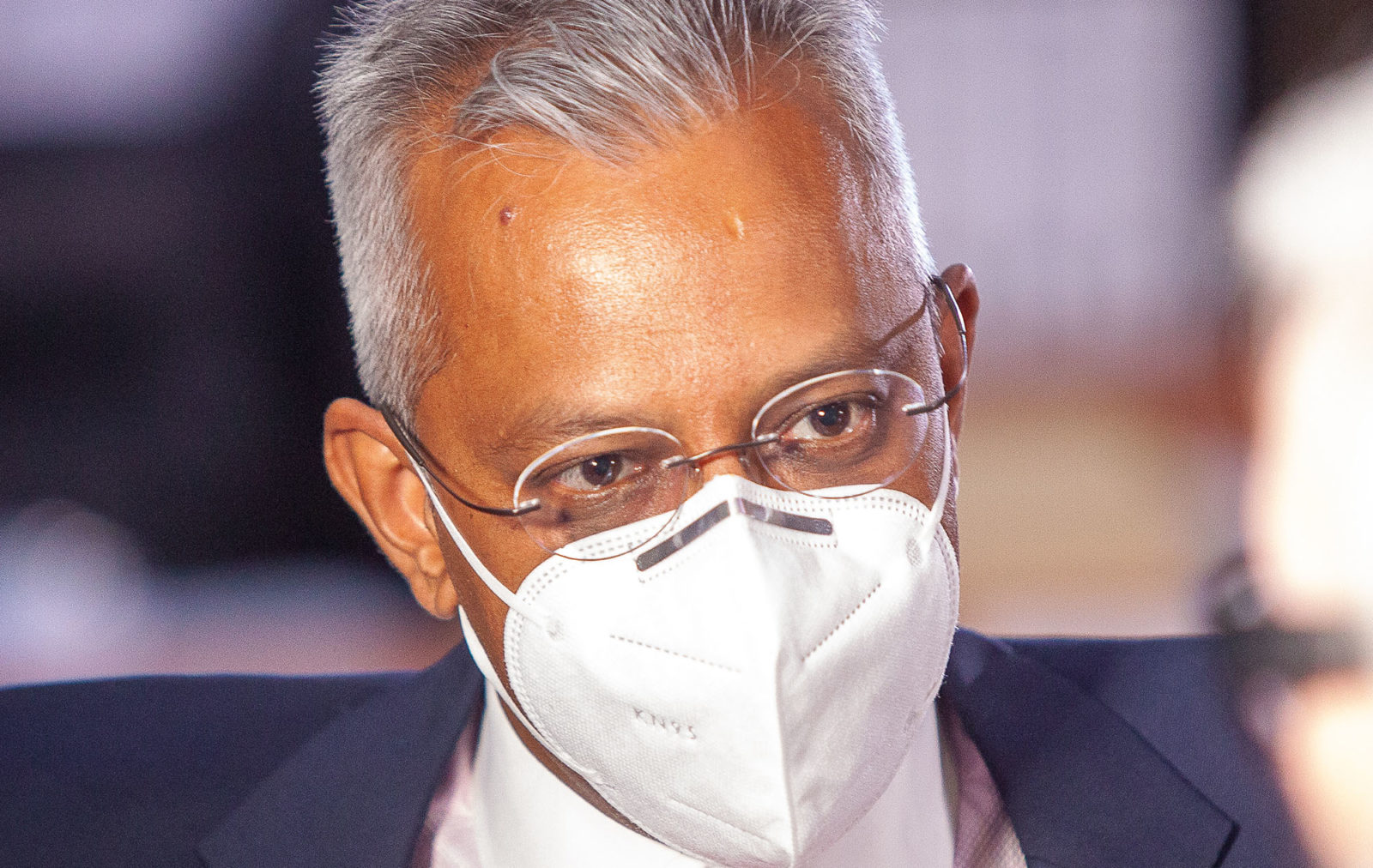 Former Transnet and Eskom CFO Anoj Singh has claimed he paid large amounts in cash for his frequent trips to Dubai in 2014 and 2015, which he claimed to have earned from his side hustles. Despite the evidence, he denied the Guptas backed his travels.

Testifying at the State Capture Commission on Thursday, former Transnet and Eskom CFO Anoj Singh questioned the authenticity of invoices revealed in the #GuptaLeaks that suggested the Gupta family paid for his frequent visits to Dubai.

Singh took multiple trips to Dubai in 2014 and 2015, only one of which he claimed related to his work at Transnet. In previous testimony, Singh denied claims that Gupta associate Salim Essa organised and paid for some of his travels or that he knew he shared flights with members of the Gupta family and their associates.

He claimed he did not know he was staying in Dubai’s Oberoi Hotel at the same time as members of the Gupta family and did not meet the brothers or their wide range of employees and associates whose visits to Dubai coincided with his. He has admitted knowing the Guptas and some of their employees.

On Thursday, Singh faced further questions about how he paid for his trips to Dubai and why he kept eight safety deposit boxes at the now-notorious Knox Vault in Killarney, Johannesburg.

Singh had claimed he paid for his Dubai trips using both cash and electronic transfers, but said he couldn’t provide evidence of his electronic payments as his bank accounts had been closed.

On Wednesday, he emphasised that he paid cash for the trips in question in 2014-15 but, again, he couldn’t provide any evidence. He said some of that cash may have come from his work with a “Mr Albulashy”, a United Arab Emirates resident whom Singh said he was working with in Dubai.

Singh claimed he was considering his post-Transnet career and was speaking to Albulashy, whose first name he couldn’t recall, about helping him do business in Africa. Singh said he hoped to move abroad after leaving Transnet and suggested Albulashy might be his ticket. Instead of taking a job overseas, Singh was seconded to Eskom in July 2015.

Regarding a trip to Dubai in November 2014, Singh claimed he paid his R60,000 bill in cash after receiving payment for his consultancy services from Albulashy.

Evidence leader Anton Myburgh SC asked, “Are you telling me that whilst you were the group chief financial officer of Transnet, you would go to Dubai and you would then advise and consult this gentleman and he would then pay you, in this instance the equivalent of R60,000, to settle your hotel bill?”

Deputy Chief Justice Raymond Zondo referenced Witness #3, Singh’s former driver and bodyguard at Transnet, who testified anonymously due to threats to his life. Witness #3 said he drove Singh to the Gupta residence six or seven times and he believed Singh received bags of cash which he appeared to deposit at Knox Vault.

Singh denied Witness #3 ever took him to the vault and has denied he has ever received bribes from the Guptas.

Zondo said, “It just seems very peculiar that in South Africa, Witness Three has said that you used to go to the Gupta residence and collect cash and that cash would go to Knox Vault and put it there.

“And the lady from Travel Excellence, the travel agent, says in her affidavit there were certain times, a number of times, when you would settle certain invoices relating to bookings that they have made for you, would call and say send a driver and the driver would come there with cash, and from her evidence sometimes it’s not small amounts.

“Now you are in Dubai and you’re supposed to settle your tab, which is quite high, R60,000, and you use cash to settle it, on your version. It’s like you are Mr Cash.”

Singh said it was more common in Dubai than South Africa to deal in cash due to its lower levels of crime.

Myburgh took Singh through multiple emails from Sahara Computers CEO Ashu Chawla to Tony Gupta, including invoices that were supposedly settled on Singh’s behalf during his Dubai trips. Singh disputed the veracity of the invoices, revealed in the #GuptaLeaks, which the commission is in the process of verifying.

“In the light of the fact that the veracity of these invoices are questioned, Mr Chair, you cannot assume that this is me and I’m saying this is not me,” said Singh.

Singh said he could not remember how many safety deposit boxes he had until confronted with the evidence.

“That is correct,” Singh responded.

Singh said he separated from his wife in 2014 and a number of his trips to Dubai appear to have been with his romantic partner, Selina Naik. According to her LinkedIn, Naik left Transnet in late 2014 and joined Sahara Computers in early 2015.

She worked under Chawla, and Singh suggested she probably met Chawla or members of the Guptas’ businesses at a function they attended together.

After separating from his wife, Singh said he moved into Naik’s “relatively small apartment”, which he said explains why he had eight safety deposit boxes at Knox Vaults.

Singh previously testified that he had four boxes with the company, one for him, his wife and two for his two children. He said he kept valuable items in the safety deposit boxes such as birth certificates, identity documents, jewellery and R100,000 to R200,000 in cash from his side hustles, which included gambling and financial consultancy services while he was Transnet CFO.

Myburgh presented evidence from Knox Vaults showing that Singh got his first safety deposit box at Knox in February 2013, and kept getting larger boxes.

Noting the dimensions of the eight boxes Singh eventually held, Myburgh compared them to the boxes the commission uses to store its lever arch files. Stacked next to the evidence leader, they stood a foot over his head.

The obvious suggestion was that Singh was storing cash received from the Guptas. Singh explained that he got more boxes at Knox to store his possessions after moving out of the home he shared with his wife, which could not fit in Naik’s apartment.

“It’s only when you’re confronted with how you incrementally increased your holding of these boxes that you then give that evidence… why?” asked Myburgh.

Singh said he could not remember how many safety deposit boxes he had until confronted with the evidence.

He disputed Zondo’s claim that he was “Mr Cash”. He said he used credit cards, electronic transfers and debit orders “like every other person”. A report on Singh’s FNB bank account found his cash balance had grown to R16-million by 2016 and that he had not spent his salary between June 2012 and July 2015.

Singh’s lawyer, advocate Anneline van den Heever, opposed Myburgh’s line of questioning when he raised the issue of his FNB account, citing Singh’s right to privacy and questioning the subpoena process the commission used to access his accounts.

Among other deals, Singh was a key member of the Transnet leadership team when the Guptas and their companies were awarded billions as middlemen on the 1,064 locomotive procurement deals. He was Eskom CFO when the power parastatal facilitated the Gupta family’s purchase of Optimum Coal.

Former public enterprises minister Lynne Brown was scheduled to testify on Thursday evening and Singh is expected to continue his testimony on Friday morning. DM