The logo of South African Airways sits on the tailfin of an Airbus Group NV A340-600 aircraft at O.R. Tambo International airport in Johannesburg, South Africa, on Tuesday, Feb. 24, 2015. (Photo Waldo Swiegers/Bloomberg via Getty Images)

The state-owned airline, which is still in business rescue after 15 months, has appointed Thomas Kgokolo as the interim CEO. Kgokolo walks into a fraught SAA environment in which its pilots are on a strike over outstanding salary payments and retirement conditions.

SAA has appointed Thomas Kgokolo as the interim CEO of the state-owned airline, which is still in the throes of a nearly 16-month-long business rescue process.

Kgokolo, a qualified chartered accountant who has mostly engineered a career in the public sector, becomes SAA’s fifth CEO in five years. 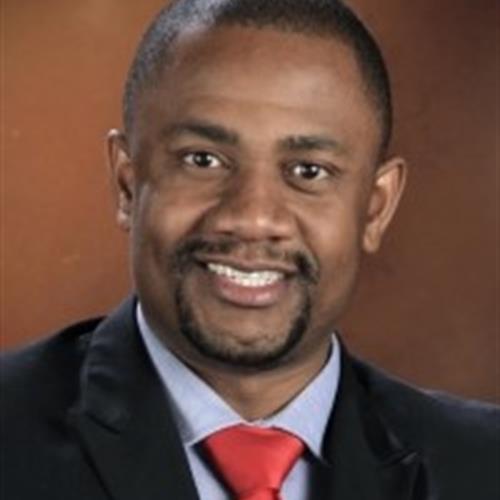 According to an internal note to SAA workers, Kgokolo was appointed to the SAA top job on Tuesday 13 April.

The appointment of Kgokolo means that SAA has had three CEOs since the board and SA government (sole shareholder of SAA) placed the airline under a voluntary business rescue process in December 2019. Kgokolo’s predecessors at SAA include Zuks Ramasia and Philip Saunders – the pair has resigned while the airline was deep into business rescue proceedings.

Kgokolo’s mandate is to oversee the handover of SAA from the business rescue practitioners to the airline’s interim management and board once the rescue proceedings have been completed. SAA’s business rescue process was meant to be completed on 31 March 2021, but the rescue practitioners are still battling with SAA pilots over outstanding salary payments and conditions of their retrenchment.

The pilots, the majority of which belong to the SAA Pilots Association (Saapa), have been locked out of the airline since December 2020 and have since embarked on a strike.

The strike effectively blocks SAA from using pilots belonging to Saapa for purposes of restarting commercial flight operations, which have been grounded since March 2020.

The pilots have approached the Labour Court in Johannesburg for an urgent interdict to have the use of replacement labour by SAA and the business rescue practitioners declared illegal while the dispute over outstanding salary payments and retirement conditions continues. The court will hear the matter on Thursday 15 April.

This is the fraught and adversarial SAA environment that Kgokolo is walking into.

Market watchers might be concerned by Kgokolo’s lack of commercial aviation experience.

The main aviation industry experience that he brings to the SAA top job is when he served as a non-executive director and interim CEO of the Air Traffic and Navigation Services (ATNS), a state-owned company that provides air traffic, navigation, training, and associated aviation services.

According to his LinkedIn profile, Kgokolo spent three years at ATNS.

Kgokolo’s experience also spans across the asset management industry and broader private sector; he was a director of the Mineworkers Provident Fund, founder and managing partner of management consulting firm FinEquity. Other roles he has occupied include the CFO of the Competition Commission, and member of board committees of Sizwe Medical Fund, National Consumer Tribunal, and Financial Intelligence Centre. Kgokolo holds a Master of Business Administration degree from the Gordons Institute of Business Science, where he is also a lecturer in Corporate Finance.

“He has demonstrated throughout his career the ability to work successfully in different environments, leading strategies which resulted in impressive value creation,” the SAA interim board chair Geoffrey Qhena said in the internal note read.