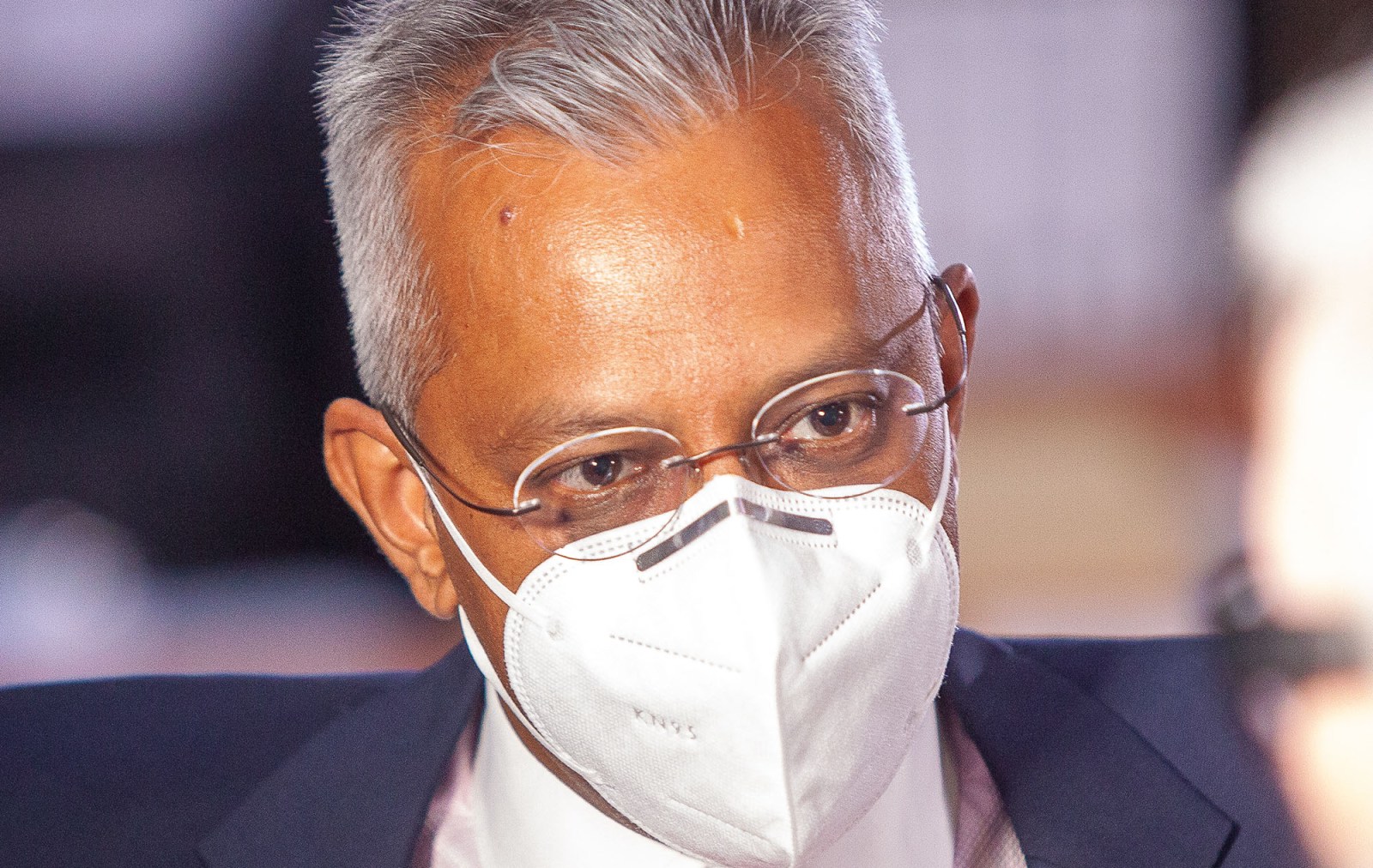 Testifying at the State Capture Commission on Monday, former Eskom CFO Anoj Singh maintained that Eskom had signed a contract with McKinsey before it terminated its relationship with the consultancy company – but he couldn’t say when the deal was inked.

Former Eskom chief financial officer (CFO) Anoj Singh has disputed a claim from McKinsey & Company that it signed its controversial deal with the energy giant in October 2016 and backdated it to January 2016.

Singh returned to the State Capture Commission on Monday and spent most of the day facing questions on when Eskom signed its contract with McKinsey. Eskom paid McKinsey and the Gupta-linked company Trillian R1.6-billion after it terminated the relationship with the companies in 2016 after only six months.

McKinsey has paid back R1-billion while Eskom has gone to court to reclaim Trillian’s share.

McKinsey senior partner Dr Alexander Weiss testified that the company signed its service level agreement (SLA) with Eskom only in October 2016 but backdated it to January. Eskom terminated its relationship with McKinsey in mid-2016.

“These documents and letters and emails that you and McKinsey and them were writing are confusing. You were just saying that the agreement was concluded in January but now on February 19 you are still talking about the agreement still to be signed,” said Deputy Chief Justice Raymond Zondo.

Singh conceded that “on objective evidence, there has to be some backdating” of the signing of the contract. He claimed the deal must have been inked between the end of March and 28 June 2016, when McKinsey sent a letter demanding payment after the deal was cancelled. Singh could not say when the contract was signed.

He argued that the contract must have been signed before the end of June 2016 as McKinsey was demanding payment — and it must have had a contract to issue a letter of demand. He suggested that then Eskom procurement boss Edwin Mabelane must have previously signed the contract or he wouldn’t have paid the consultancy firm.

Seleka said, “You would understand why they say the agreement has been concluded in January 2016 because they want to be paid.”

Singh told Zondo the contract actually “was not important”, a comment that he said was “tongue in cheek”. He said Eskom and McKinsey had a legally binding agreement after the parties signed a letter of offer and acceptance in December 2015.

Singh questioned why Weiss and McKinsey admitted only in December 2020 that the contract had been backdated despite giving evidence in other forums such as Parliament’s Eskom inquiry.

“For ease of reference, my version is the signed version of this contract existed sometime between March and June based on the evidence that I’ve seen,” said Singh.

“The parties behaved as if there was an agreement in place. There was only the mere fact of the physical signature of the contract.”

In early 2016, while the signing of the contract was delayed, McKinsey had made clear that it wouldn’t work with Trillian after its US office conducted a risk review and advised it against going into business with Salim Essa and Eric Wood’s company.

According to former Trillian Financial Advisory CEO Mosilo Mothepu, Singh had pushed McKinsey to take on the company as its BEE partner.

“It was quite interesting that Mr Singh was basically pleading on Trillian’s behalf that McKinsey just give them an extension,” Mothepu testified in January.

Seleka said McKinsey would benefit from signing the contract, which Singh appeared to have delayed. In a February 2016 letter, Singh said a condition for the deal was that it included a BEE partner, which he listed as Regiments, the predecessor to Trillian.

McKinsey had suggested alternative empowerment partners but, according to Singh’s version, Eskom signed the deal without McKinsey fulfilling its empowerment requirement. On Monday, he distanced himself from the deal and said Mabelane was Eskom’s point man on the matter.

In 2020, the SA Institute of Chartered Accountants stripped Singh of his membership. He is alleged to have played a key role in deals worth billions awarded to the Guptas while he was CFO at Eskom and Transnet.

Singh and his legal team failed to arrive on time for Monday’s 10am hearing and Zondo postponed proceedings for 90 minutes, which Zondo called “completely unacceptable”. Singh’s lawyer later said the delay was due to having to commission an affidavit as well as personal matters, which Zondo appeared to accept.

Singh will continue his Eskom-related testimony on Tuesday and will return later in April to testify about his time as Transnet CFO. Norma Mngoma, former minister Malusi Gigaba’s estranged wife, is expected to testify after Singh on Tuesday afternoon. DM