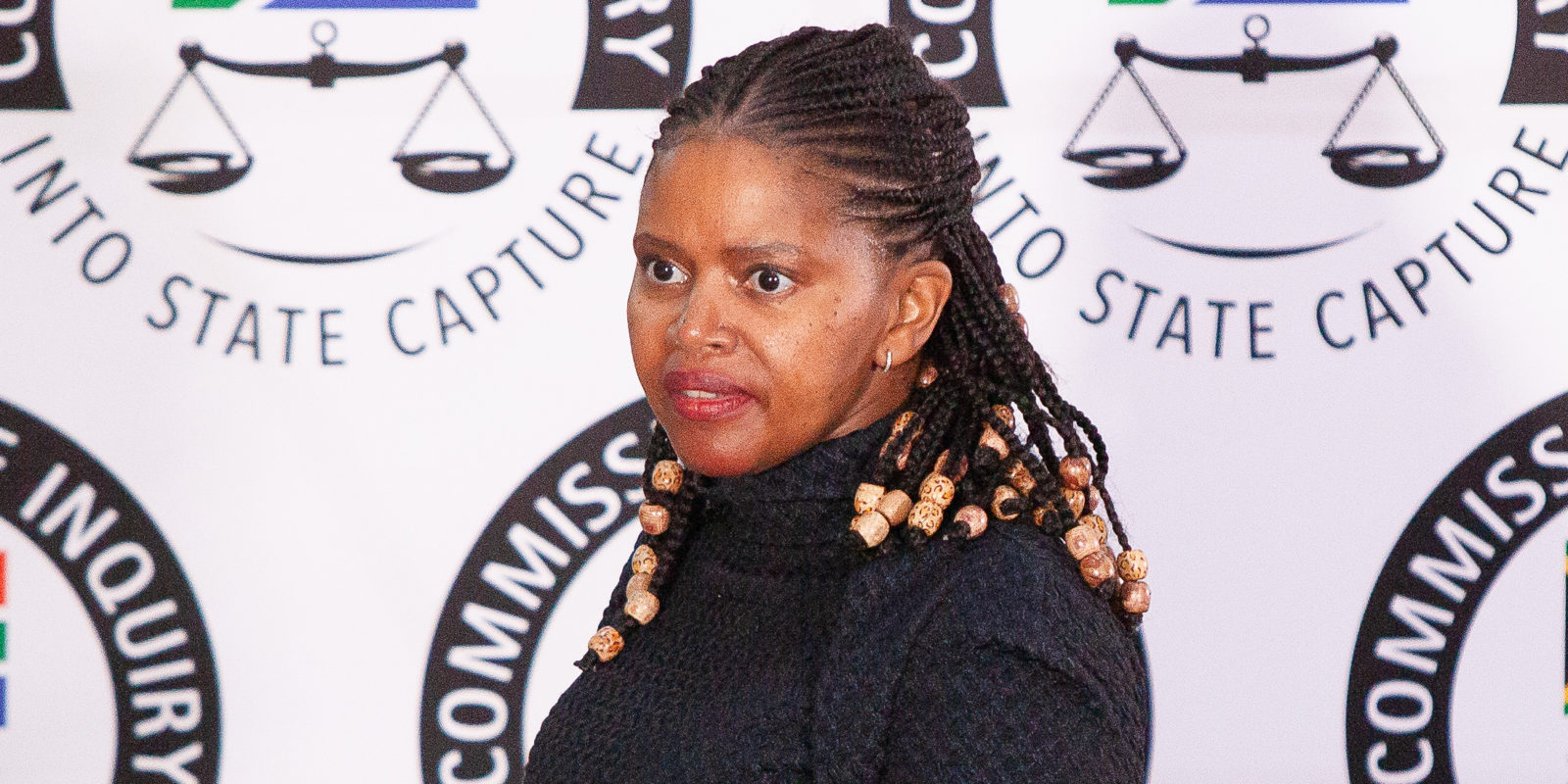 Former Regiments Capital employee and Trillian Financial Advisory CEO Mosilo Mothepu has told the State Capture Commission how inexperienced teams from Regiments and McKinsey did work for Eskom that the energy giant had the capacity to perform in-house, a State Capture ploy copied and pasted from Regiments’ earlier work at Transnet.

McKinsey and Trillian were paid R1.6-billion for their work at Eskom. McKinsey has repaid its R1-billion share, while a court ordered Trillian to repay the power utility its R600-million. Eskom has sought to have the company liquidated to recover the funds.

Mothepu returned to Regiments in mid-2015 after working for the company years earlier. When Gupta associates Eric Wood and Salim Essa bought Regiments and rebranded it as Trillian, she was appointed CEO, a role she served for about three months before she left the company in June 2016.

She described the range of tasks McKinsey and Regiments, later Trillian, worked on, the majority of which they had no expertise to perform.

“We were shoved down the throats of Eskom officials and of course there was a lot of resistance. In my observation, I say that part of State Capture, essentially, is just appointing consultants unnecessarily and siphoning off very large fees while the internal team has the capacity and expertise to perform them,” said Mothepu.

“A total of R1.6-billion was paid which was completely unnecessary because Eskom had and still does have the capacity to do them.”

Trillian was paid after a settlement was reached with Eskom despite not having a contract with the energy supplier and having supposedly agreed to only work for a commission of the costs it saved Eskom.

Noting earlier payments Regiments received from Transnet and other state-owned enterprises, Mothepu described the strategy as “cut and paste everywhere”. “Business partners” Kuben Moodley and Salim Essa, widely implicated in allegations of corruption regarding the Gupta family, took the bulk of Regiments’ fees.

“They are the ones who essentially sourced these contracts from the state-owned companies under the umbrella of the Department of Public Enterprises,” said Mothepu.

Regiments started working with Eskom after Brian Molefe and Anoj Singh were seconded from Transnet, as CEO and CFO respectively, in mid-2015. Mothepu first met Singh to discuss what they called “Project Pandora” on 8 July 2015.

Eskom only announced on 16 July 2015 that Singh would be seconded to the company as acting CFO on 1 August for a period of six months. On 25 September 2015 the then public enterprises minister, Lynne Brown, announced that Singh and Molefe would be appointed at Eskom permanently.

“I got the sense that Anoj knew that he will eventually be appointed permanent,” said Mothepu.

She described how she and Wood met and worked with Singh, former Eskom technology and commercial executive Matshela Koko and other Eskom leaders who expanded the list of tasks they wanted McKinsey and Regiments to perform.

She said Koko had told Parliament’s Eskom inquiry he wasn’t involved in Trillian’s appointment, “but the truth was, as you’ve seen from my testimony today, he and Mr Singh were central figures in the negotiation of McKinsey and Trillian; in addition, they added more initiatives”.

Trillian was subject to a risk review, conducted in the US, when it wanted to replace Regiments as McKinsey’s partner at Eskom. McKinsey could not enter into a contract with Trillian as Essa, who owned 60% of the company, was deemed a politically exposed person.

Mothepu said Singh was unhappy with McKinsey and asked the company to give Trillian time to establish a footprint.

“It was quite interesting that Mr Singh was basically pleading on Trillian’s behalf that McKinsey just give them an extension.”

Mothepu has testified previously that Wood had prior knowledge of former president Jacob Zuma’s December 2015 removal of Nhlanhla Nene as finance minister and how Regiments stood to benefit. DM