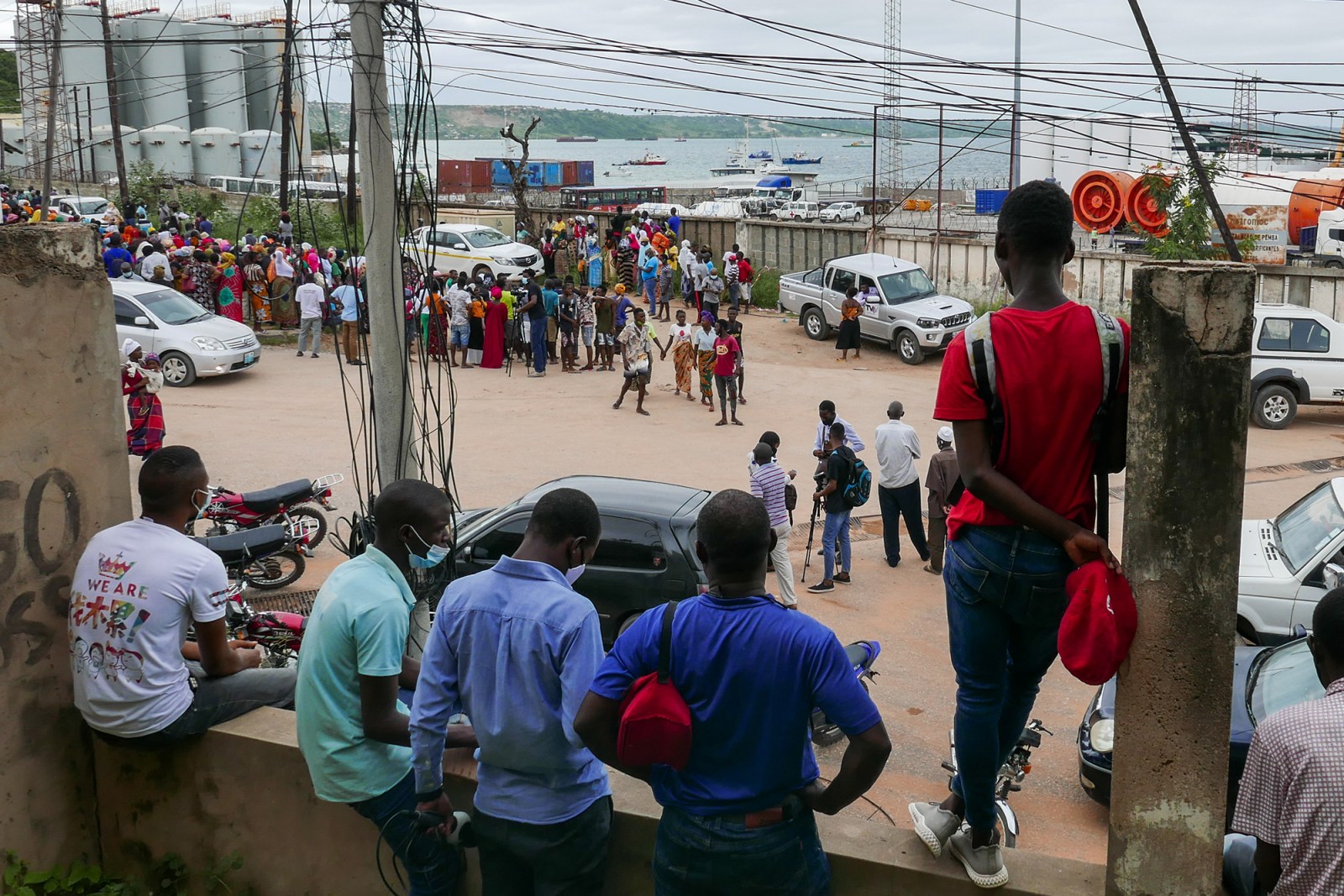 People wait at the port of Pemba for the arrival of their loved ones on a boat carrying 1200 displaced persons evicted from Palma, in Pemba Mozambique, 01 April 2021. EPA-EFE/LUIS MIGUEL FONSECA

Fighting continues in the Cabo Delgado town of Palma and concerns are growing that Mozambique may never be able to pacify the area enough to enable the return of Total and other gas exploration companies. These fears have been heightened by the expected withdrawal of the private security company Dyck Advisory Group, which has been keeping the insurgents partly at bay with its small fleet of light helicopter gunships.

Regional leaders are drafting a response to try to curb Islamic State-linked insurgents in Mozambique and prevent a recurrence of attacks like the one on the northern town of Palma over the past week, which killed scores of civilians, including one South African contractor.

The attack devastated the town, forcing the withdrawal of the French energy company Total which is hoping to tap vast offshore liquid natural gas (LNG)  reserves. Many companies, including some South African ones, which were subcontracting at Total’s Afungi LNG processing plant, have also pulled out. So has the town’s population.

Fighting continues in Palma and concerns are growing that Mozambique may never be able to pacify the area enough to enable the return of Total and other companies to exploit the gas. These fears have been heightened by the expected withdrawal on Friday, 2 April of the private security company Dyck Advisory Group (DAG) which has been keeping the insurgents partly at bay with its small fleet of light helicopter gunships.

This week, African Union chairperson Moussa Faki Mahamat  expressed his “utmost concern at the presence of international terrorist groups operating in southern Africa, and calls for urgent and coordinated regional and international action to address this new threat to our common security”.

The Southern African Development Community (SADC) has responded to his call. On Wednesday, 31 March, Botswana President Mokgweetsi Masisi told journalists in Harare that he and President Cyril Ramaphosa and Zimbabwe President Emmerson Mnangagwa were discussing a SADC response to the insurgents.

Masisi is the current chair of SADC’s security organ and Ramaphosa and Mnangagwa are the two other members of the organ’s troika.

“And we have formed views as a troika,” Masisi said. “One of them will result in taking this further so that we as SADC respond in a helpful manner to ensure that we assure the integrity and sovereignty of one of our own, never to be assaulted by dissident, rebellious and non-state actor forces that undermine the democratic peace and credentials of the region.”

Masisi declined to reveal details of the proposed SADC response until he had completed his consultations.

Meanwhile, in Palma fighting is continuing, over a week after the insurgents attacked the coastal town which lies in Cabo Delgado province, close to the Tanzanian border.

A security analyst in Mozambique told Daily Maverick on Thursday that the situation remained very tense, with sporadic fighting. On Wednesday night, insurgents attacked the command post of the Joint Task Force of the Mozambican government forces between Palma and nearby Afungi. The insurgents withdrew after the attack.

“The face of the insurgency is basically changing, especially as the insurgents are now mobile and they can cause an amazing amount of grief,” the analyst said.

“They ‘liberated’ more than 80 vehicles which they used to transport food from Palma into the bush every night. So we are in for the long run.” 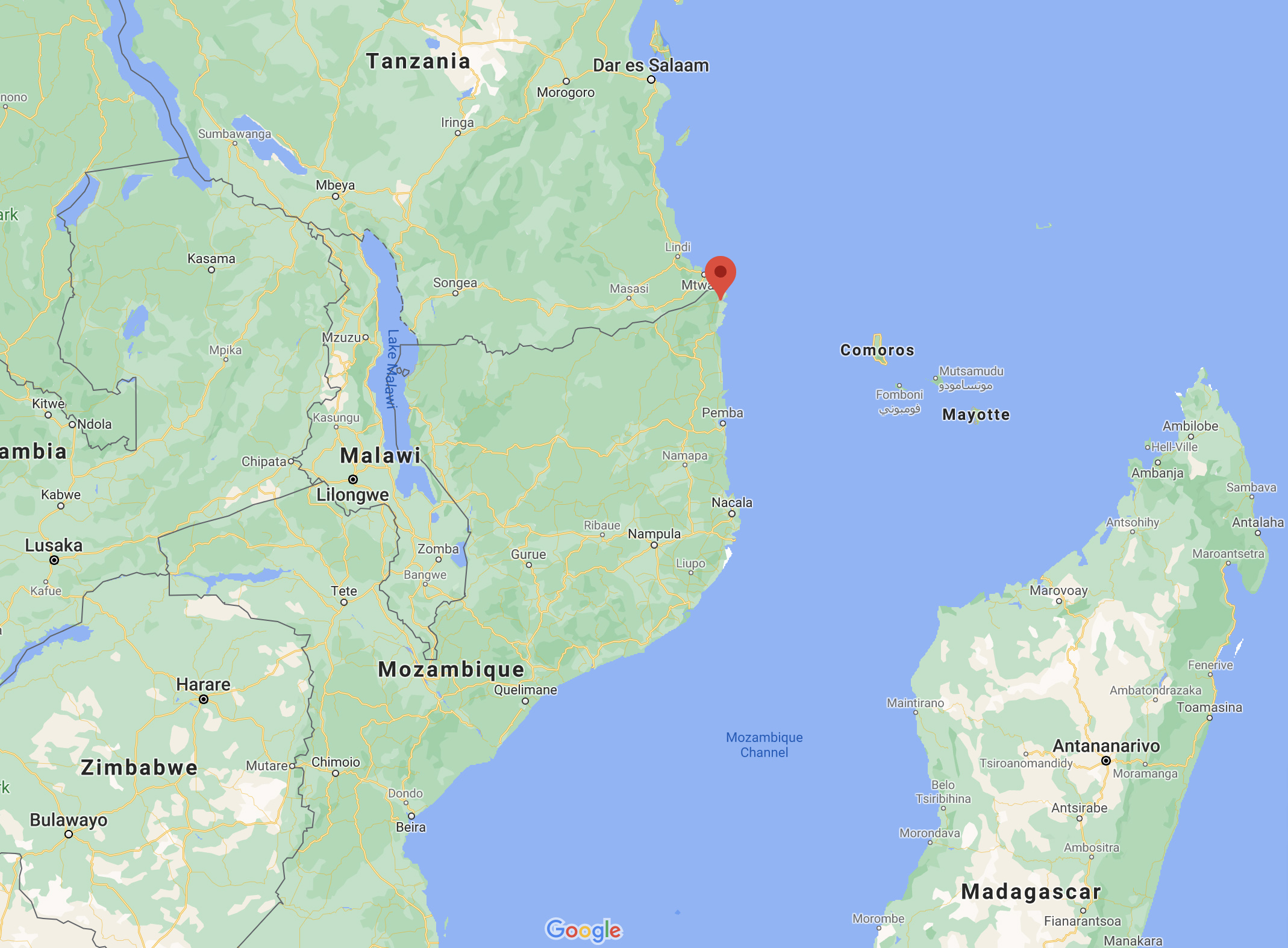 The analyst added that the insurgents had planned the attack well in advance, infiltrating surveillance teams into Palma in November last year, monitoring government security forces and expatriate positions and caching weapons and ammunition.

Ramaphosa contemplated sending in SA special forces on Saturday to rescue South Africans, but then decided against it, mainly because Mozambican President Filipe Nyusi refused to give the go-ahead, according to security sources.

Nonetheless, Democratic Alliance defence spokesperson Kobus Marais said  the special forces should have been deployed to rescue South Africans and protect their assets.

“Our equipment, eg Oryx helicopters, could’ve played a significant part in their speedy rescue without the unnecessary trauma they had to endure. A C130 [cargo aircraft] should’ve been waiting in Pemba.”

He noted that a rescue mission was now no longer necessary as most South Africans had now been repatriated – and he welcomed the SANDF’s role in flying to Cabo Delgado to do that. But he said Pretoria should still try to secure the assets of the SA companies and contractors to the LNG industry.

Marais also called for a SADC intervention force to stabilise Cabo Delgado to benefit not only Mozambique, but the SADC region and notably South Africa.

South Africa could not do this alone. “It’s unsustainable,  unaffordable, and indefensible from a foreign policy perspective.

“Although the USA, France and Portugal all currently have a presence, it is not ideal for the region not to be part of any stabilisation force,” he said, adding that the proposed SADC intervention should be supported politically and financially by the AU and the UN.

Marais said the shortcomings of the SANDF had been highlighted by the Palma attack, suggesting that continuous budget cuts and political unwillingness to reprioritise and restructure the SANDF  had undermined its ability to respond to this sort of crisis. DM