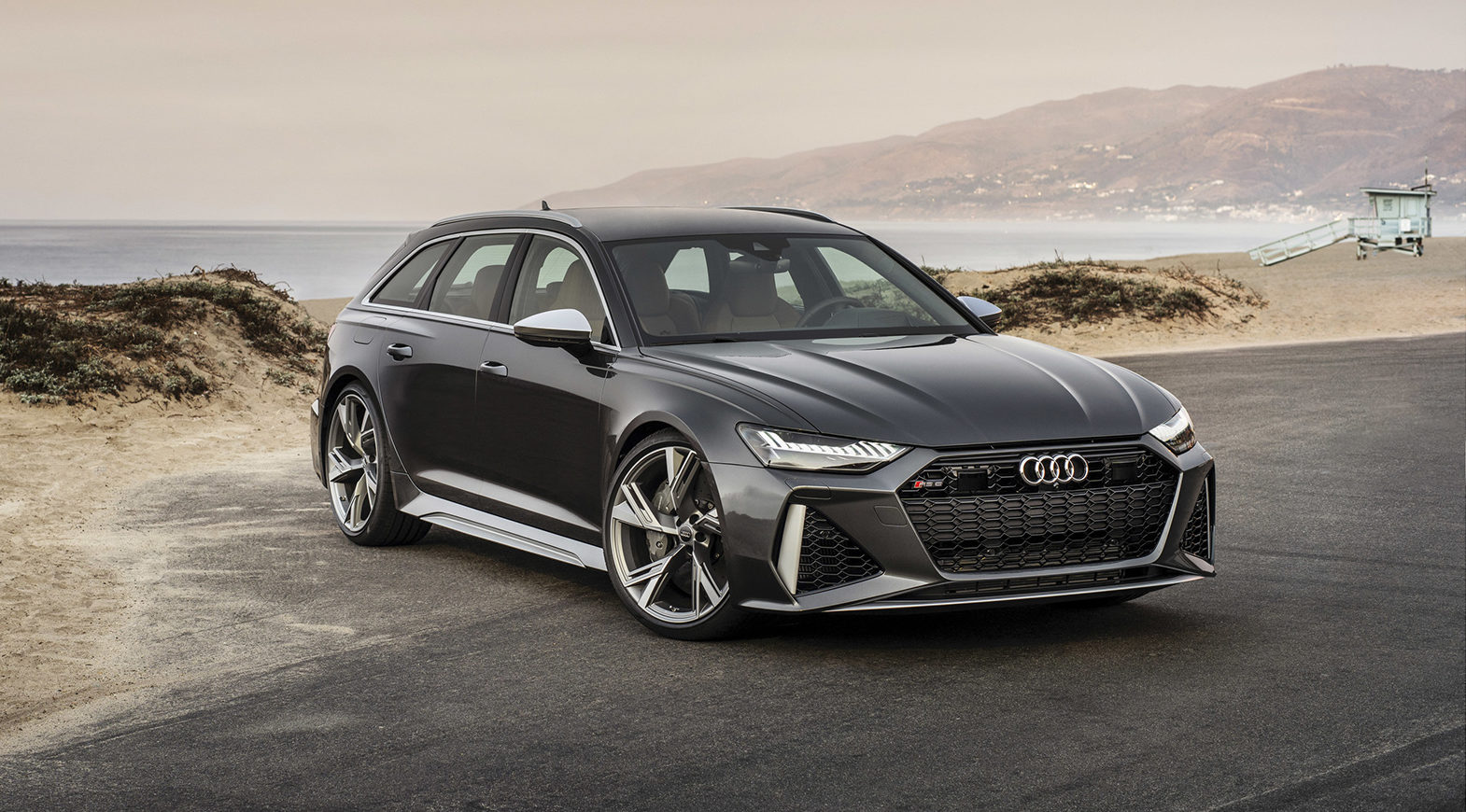 While most local car manufacturers are counting their Covid-19 related losses, Audi South Africa recently revved into gear and launched no less than 15 new RS, R and S derivatives to strengthen its performance portfolio.

In a move that can be either seen as off the charts crazy or gloriously inspired, Audi South Africa has thrown an enormous spanner in the works for its high-end premium competitors by launching 10 brand new performance models, including 15 derivatives, all in one day. With the now most updated product range on local soil, no other brand has launched as big a range in one shot in South Africa.

Last week I got to spend the day in Jo’burg on the rooftop of Sandton City which had overnight transformed into what appeared to be a slick mini motoring show, with the concrete parking lot serving as an off-road and gymkhana racetrack.

Lined up on black shiny linoleum were the 15 four-ring grilled-up beasts Audi had threatened to launch in 2020 until Covid-19 made a mockery of its plans. A year later, motoring media got to experience a symphony of pure petrol heaven which included R8 screams, RS Q8 growls and RS6 Avant symphonic thunder.

It’s impossible to realistically test 15 cars on a rooftop in eight hours (I’m hoping to road test some of these wheels in the future), so for now here’s a brief overview of my top five in Audi’s new performance portfolio:

Audi has upped the game of its popular A6 sedan and A7 Sportback by injecting a major boost into the two models with the introduction of its flagship RS6 and RS7 Sportback. Both the mean-looking station wagon RS6 Avant and RS7 Sportback are now underpinned by a 4.0-litre TFSI V8 turbo petrol engine, offering incredible outputs of 441kW and 800Nm. Yes, that’s correct — eight hundred newton metres of torque. Don’t be fooled by the estate looks of the RS6, which can transition from a very comfy family ride into a manic beast within seconds.

Both rides share a claimed 0-100km/h dash-in-a-flash of just 3.6 seconds with a top speed of 250km/h. There is also an option to opt for the RS Dynamic package which raises the top speed to 280km/h. And if you’re concerned that this is all just down and dirty petrol perversion, there’s a mild hybrid system with a 48-volt main on-board electrical system that Audi claims will combine performance with high efficiency.

Both beasts offer RS adaptive air suspension that rides 20mm lower than regular versions of the A6 and A7. Both come with a standard eight-speed Tiptronic transmission and now have a launch control system for added speed, sending power to all four wheels via the legendary Audi Quattro permanent all-wheel-drive system.

Touted as the fastest SUV on the planet after setting record speeds at German racetrack Nürburgring Nordschleife, with launch control unleashed, the RS Q8 is able to hurtle from 0-100km/h in just 3.8 seconds. Like its RS6 and RS7 Sportback track mates, top speed is electronically limited to 250km/h, but also offers the option for a speed extender to 280km/h.

It’s the epitome of a spacious, comfy premium family SUV, but can transform in an instant to become a growling, howling speedster, underpinned by a mighty twin-turbocharged 4.0-litre V8 engine, capable of producing 441kW of power and 800Nm of torque. The RS Q8’s chassis is worth a very pointed mention here as it’s supported by an adaptive sport air suspension system with controlled damping which allows the vehicle to career between racetrack and off-road with a mere push of a button. And if tyres entice you, those  23-inch aluminium wheels with their red 10-inch piston calipers are sure to cause some serious palpitations. One of those rare vehicles that ticks every single box in my books.

Roadsters have become a rare breed, but for low-slung ride fans, the new RS TT will be a treat with its award-winning 2.5 TFSI five-cylinder engine, offering 480Nm, 294kW and its unmistakable throaty roar. Revamped in the front and rear to bring out its macho appeal with its permanently up rear spoiler, the new RS TT looks fit to take its place on the track with the coupé sprinting from 0-100km/h in 3.7 seconds.

According to Audi, power flows through a seven-speed S Tronic transmission to the Quattro permanent all-wheel drive that distributes the power as needed between the axles via a multi-plate clutch. Drivers can select between Comfort, Auto, Dynamic and Individual drive modes. Along with standard 20-inch wheels, in a gloss black finish, red brake calipers are added to the mix. RS sport suspension with adaptive dampers is optional. The new TT is available in nine different colours, including the new RS-specific hue christened Kyalami Green while in the soft-top model, the fabric top is only available in black. If sound is your thing, you may want to consider the optional Bang & Olufsen sound system with its thunderous output of 680 watts.

I got the opportunity to drag race a fellow journo at the recent unveiling of the new V10 R8 Performance Quattro (and granted it was on the Sandton City rooftop and probably lasted all of five seconds due to limited space), but I smoked him good and proper. I won’t mention his name as I really don’t want to embarrass the man, but if you don’t believe me – watch here:

The latest R8 is available in Coupé or Spyder guise and although it looks pretty similar to the previous model, there have been some key changes under the hood including a stiffer suspension system while there’s also a new carbon fibre front anti-roll bar. The all-new electromechanical power steering system was very impressive on my race day while the brake system was gaspingly sharp and responsive.

The performance specs remain the same by way of the R8’s celebrated naturally aspirated 5.2-litre V10 engine with outputs of 449kW and 560Nm, allowing the speedy Coupé to sprint to 100km/h in just 3.2 seconds, with a top speed of 331km/h, while the ever-so-slightly slower Spyder comes in at 3.3 seconds with a maximum speed of 329km/h. Both models still come standard with a seven-speed S Tronic dual-clutch transmission.

While the general motoring sales trend has been one of buying down, the premium market, which saw a 30% loss in 2020, still appears to have customers that can happily part with their millions. High-end performance vehicles account for between 5%-10% of the market, but high pricing makes them part of a very lucrative segment.

Perhaps with little in the way of uplifting news in our new world, people are going “what the heck, I always wanted to own an R8/ RSQ8/RS6”. Whether Audi will be able to attach actual customers, and not just voyeurs like me, to their revved up and pricy product, is the big question.

At the launch, Asif Hoosen, head of Audi Sales, Operations and Volume Planning said he’s “cautiously optimistic”. Only time will tell if there are still enough rich people left to purchase this insanely beautiful and powered-up portfolio. DM