The war on truth intensifies as Zondo draws to a close... 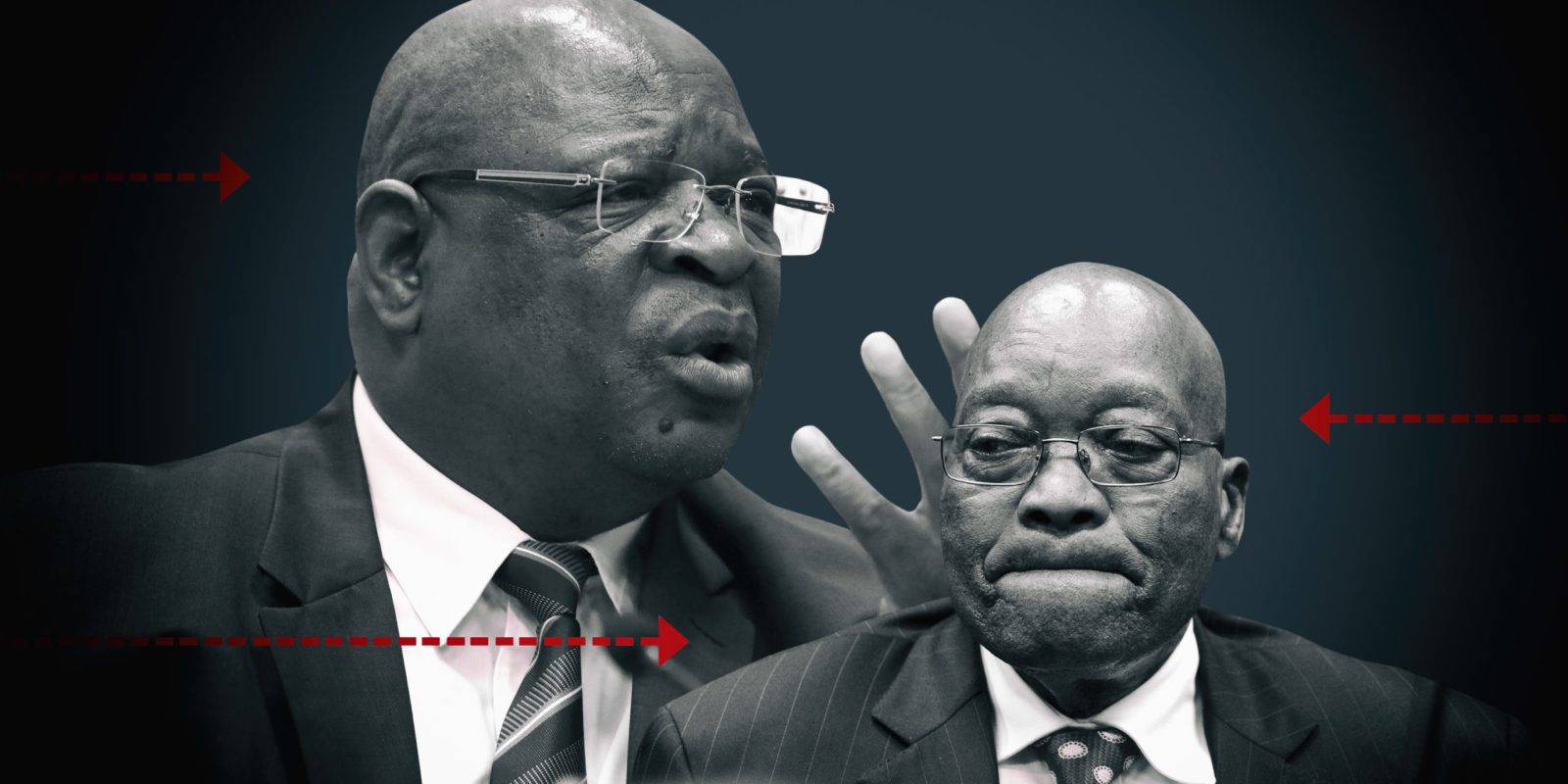 The State Capture Commission is finally drawing to a close, but what happens after it delivers its report? What happens if the government or independent agencies fail to implement any of the recommendations of the report, and would anyone be able to challenge such a failure in court?

The State Capture Commission is finally drawing to a close. After formal hearings end at the end of April, Deputy Chief Justice Raymond Zondo will write a report in which he will make findings about the matters investigated. It is also likely to contain recommendations on how the government, the legislature and law enforcement agencies should address some of the problems identified in the report.

But what happens once the report is made public?

It is, of course, a foregone conclusion that implicated individuals will try to discredit the report by attacking its findings, by continuing their attempts to discredit the chairperson of the commission, and by spreading conspiracy theories about it (I am eagerly awaiting the “exclusive” report by an IOL “journalist”, quoting non-existent sources, about how Zondo was instructed by Johann Rupert on what to include in the report).

Some implicated individuals may also threaten to take the report on review to have it set aside by a court of law. In 2019, in Corruption Watch and Another v Arms Procurement Commission and Others, the Gauteng High Court reviewed and set aside the Arms Procurement Commission report because that commission went to extraordinary lengths to avoid finding any evidence of corruption in the arms deal. The High Court confirmed that commissions of inquiry exercise public power and had to act within the confines of legality. This means the commission’s decisions had to “be rationally related to the purpose for which the power was given”.

“It could not, for example, perform its tasks by demonstrating bias, breach fundamental principles of fairness or commit significant errors of law such as refusing to admit evidence on manifestly incorrect legal grounds.”

A court is not permitted to review and set aside a commission report merely because it disagrees with some of the findings or because of minor mistakes, and it is therefore unlikely that such a review of the State Capture Commission report will succeed. But, in principle, nothing would stop Mr Jacob Zuma from approaching the court to have the report reviewed and set aside on the ground that Zondo should have recused himself.

Such a review will, of course, fail, as Zondo’s decision not to recuse himself is not going to be found to be irrational. But it puts paid to the argument by Zuma and his lawyers that it is unfair to force Zuma to testify while his review of the decision of Zondo not to recuse himself makes its way through the courts, as Zuma will have another opportunity to make this argument once the report is made public.

What about the prosecution of those implicated in corruption before the commission? The State Capture Commission regulations were amended in July 2020, and the commission is now permitted to share evidence it has gathered with law enforcement agencies. I assume the agencies are consequently already investigating various cases of corruption relating to State Capture.

But the report may also recommend to the Hawks and the National Prosecuting Authority (NPA) to pursue the criminal prosecution of specific implicated individuals, which will place more pressure on these agencies to properly investigate and, where appropriate, prosecute individuals implicated in corruption by the commission report. (Due to the independence of the NPA, the commission is not permitted to instruct the NPA to prosecute anyone. It can only make recommendations to that effect, with the NPA retaining the final say on whether to prosecute any specific individual.)

In any event, as I noted before, the findings and recommendations of the commission are not binding, so any instruction in the report to the NPA or anyone else to do or not to do something would also not be binding. The fact that the report is not binding also means that there would be no legal obligation on the president and his executive, or on Parliament, to implement any of the recommendations in the report.

This does not mean that the report will not have wide-ranging political and even legal repercussions. What these repercussions will be, will depend on the content of the report, and specifically what adverse findings it makes against those implicated in wrongdoing. If the report makes adverse findings against individuals, it will make it more difficult for such individuals to maintain the fiction that they had done nothing wrong, and (unless the report is reviewed and set aside) their reputations will suffer even further.

This is exactly why Jacob Zuma and other scoundrels implicated in wrongdoing before the commission have launched an all-out attack on the commission and the integrity of its chairperson as a pre-emptive strike to minimise the political impact of any such findings.

Because the commission’s findings and recommendations are not binding, some argue that the commission has been a monumental waste of time and money. I would, however, argue that it is too early to make such a claim. If the report is thorough and well reasoned, and if it does not shy away from setting out exactly what went wrong and who are responsible for the wrongdoing, it would be a valuable tool to hold individuals and institutions politically and personally accountable for subverting the constitutional democracy and for the theft of public money.

While there will always be a sizeable number of people who will defend the indefensible in the name of some sort of misplaced solidarity or because they are financially incentivised to do so, a credible and hard-hitting report may help to discredit the thieves and charlatans who were involved in State Capture.

I am less confident that the president and his executive, and Parliament, will engage seriously with the recommendations in the report. There is a long history of South African governments ignoring the recommendations made by commissions of inquiry. This is especially true in cases where the president appointed a commission of inquiry to manage a crisis and to be seen to be doing something about it, without actually having to do anything about it. Zuma’s appointment of the Marikana Commission of Inquiry and the Arms Procurement Commission are two prime examples of this.

Optimists may argue that the State Capture Commission is likely to be treated differently because it was not established by President Cyril Ramaphosa, but by his predecessor. Recall that former President Zuma appointed the commission (in compliance with a court order) at a time when he was trying to stave off attempts by the newly elected ANC leadership to remove him from office. However, the appointment of the commission did not placate the new ANC leadership, and Zuma was forced to resign by that leadership shortly after he appointed the commission.

The remedy here is political, not legal. If the report contains sensible recommendations that would enhance the functioning of the democracy and would curtail the power of the governing party to abuse its incumbency to finance the party, and these are not implemented, it is up to voters to decide whether they will punish the governing party at the next election.

The more credible the report, and the more widely it is accepted, the more likely that it will have a real impact on our politics and on South Africans’ attitudes towards those implicated in State Capture. The coalition of the implicated has long since grasped this, which is why they are waging an all-out war on the credibility of the commission. The thing they fear most is that the public will stop believing their lies and will rather believe the facts as they have been emerging at the commission.