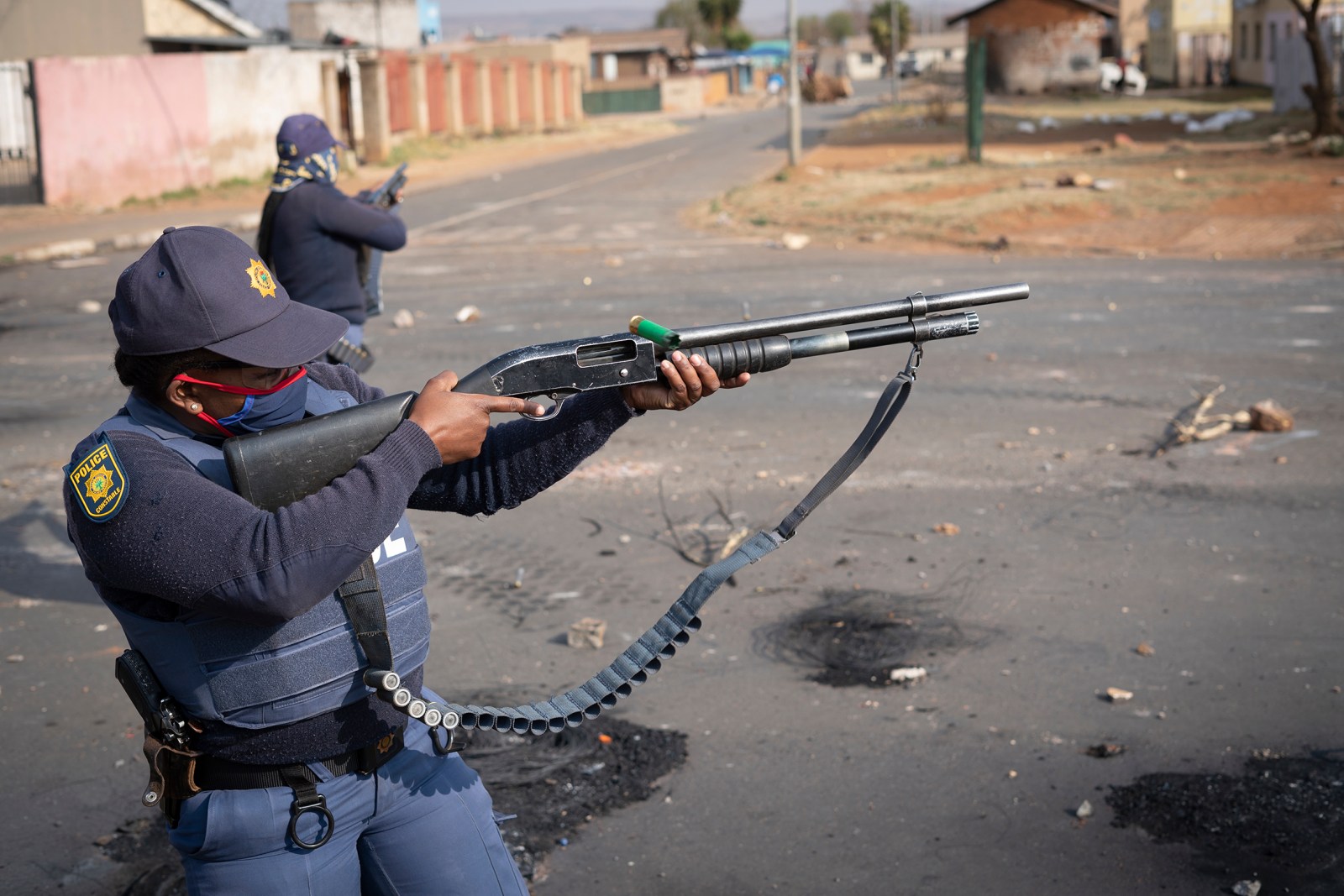 A panel of experts report tasked with looking into policing and crowd control in the South African Police Service indicates that public order policing is fragmented but recommends that it be maintained as a specialist unit that prioritises the protection of human life.

The panel was established following the events that unfolded at Marikana in August 2012, which resulted in the death of 34 mineworkers after police officers fired live ammunition on the protesting workers.

The final report of the Marikana commission recommended that a panel of experts be established to clearly define an approach to police safety when faced with armed crowds.

While the panel’s focus was not restricted to public order policing, this was a critical aspect of the report and was identified as one of the South African Police Service’s (SAPS) shortcomings.

Despite being handed the report two years ago, the Minister of Police, Bheki Cele publicly released the report on Monday 29 March, alongside the National Police Commissioner, General Khehla Sithole and some members of the panel of experts.

The 596-page report with over 100 recommendations blasts the management of and enforcement of public order policing within SAPS, stating that the current framework for the use of force is inadequate in various ways.

“One is that it does not clearly articulate the protection of life — understood to include the lives of SAPS members, suspects and other civilians — as a broad guiding principle governing the use of lethal force by SAPS members,” the report states.

Panel of experts report on policing and crowd management

The use of force by police officers has repeatedly been raised as a matter of concern by many citizens. In the past few months, South Africans were overwhelmed by evidence of police officers abusing their power to enforce the law during the early days of the country’s lockdown.

The panel clearly articulates that the protection of life must be identified as the hallmark of professional policing, and has recommended that SAPS implement the use of force policy developed by the Civilian Secretariat for Police Service – a body established to ensure efficient and effective civilian oversight over the SAPS.

Further adding that public order policing should be run as a specialist unit, meaning that crowd management must be clearly defined as their primary mandate.

According to the report, this will ensure that the unit receives all required resources to prevent public order policing from turning violent.

The report further states that one of the reasons why police officers turn to the use of force in the form of rubber bullets, stun grenades and teargas is because they are sometimes outnumbered by protestors.

“POP (public order police) personnel are frequently deployed to crowd management situations in very small numbers. This is one of the key problems currently in crowd management contributing to the tendency for POP members to rely on rubber bullets, tear gas and stun grenades, in dealing with crowds”.

A major contributing factor to the death of the 34 mineworkers was the fact that police officers discharged live ammunition using R5 automatic rifles. The panel of experts emphasised that the use of automatic rifles should never be used in crowd management.

It further added that any attempts to manage any form of violence that breaks out during protests must be differentiated: “In situations where there is violence, police should avoid indiscriminate use of force. Where force is necessary it should be targeted only against those involved in violence”.

Rubber bullets have in the past caused deaths of civilians and protestors when discharged at point-blank close range.

Four police officers are accused of the murder of a bystander, Mthokozisi Ntumba, who died after being shot with a rubber bullet at close range when police officers charged at protesting Wits students.

In 2011, Andries Tatane died at the hands of the police after being shot with rubber bullets during a service delivery protest in the small eastern Free State town of Ficksburg.

Nathaniel Julies was shot dead by police just metres from his home, although this shooting did not occur during a protest.

Accountability and police leadership pose a major challenge in the SAPS, and according to the report, the current approach prioritises rank over an individual’s skills, knowledge and experience.

The panel, therefore, recommends that there be a National Policing Board, “tasked with setting standards for recruitment, selection, appointment, and promotion of SAPS members”.

Additionally, a key function of the proposed Board will be to manage a transparent, competitive and merit-based recruitment process to assist the president of the country with the appointment of the SAPS National Commissioner when the post becomes vacant.

Gareth Newham, ISS head of justice and violence prevention and a panelist in the report said “When we look at the Marikana commission report, the findings were very clear that the primary challenge was the failure of leadership.

In a recent Daily Maverick report, some civil society members of the panel of experts pointed out that “the failures that led to the Marikana massacre reflected wider shortcomings in the SAPS, including serious deficiencies at top management level. For example, at the inquiry, extensive evidence emerged of police dishonesty, including systematic efforts by senior police leaders to mislead the commission.

“This highlighted a police organisational culture that sought to undermine transparency and accountability. To date, none of the commanders or officers involved in the killings has been sanctioned”.

During Monday’s proceedings, police minister Bheki Cele revealed that to date, the SAPS has paid out over R176-million in compensation to the families of those killed in the Marikana massacre. About R18-million worth of civil claims is yet to be finalised.

Cele reassured the public that while the report release was delayed, “accountability is in motion”. Adding that the SAPS Amendment Bill, which was open for public comment in October last year until November, gives the assurance that no automatic rifles may be used in crowd control management. DM