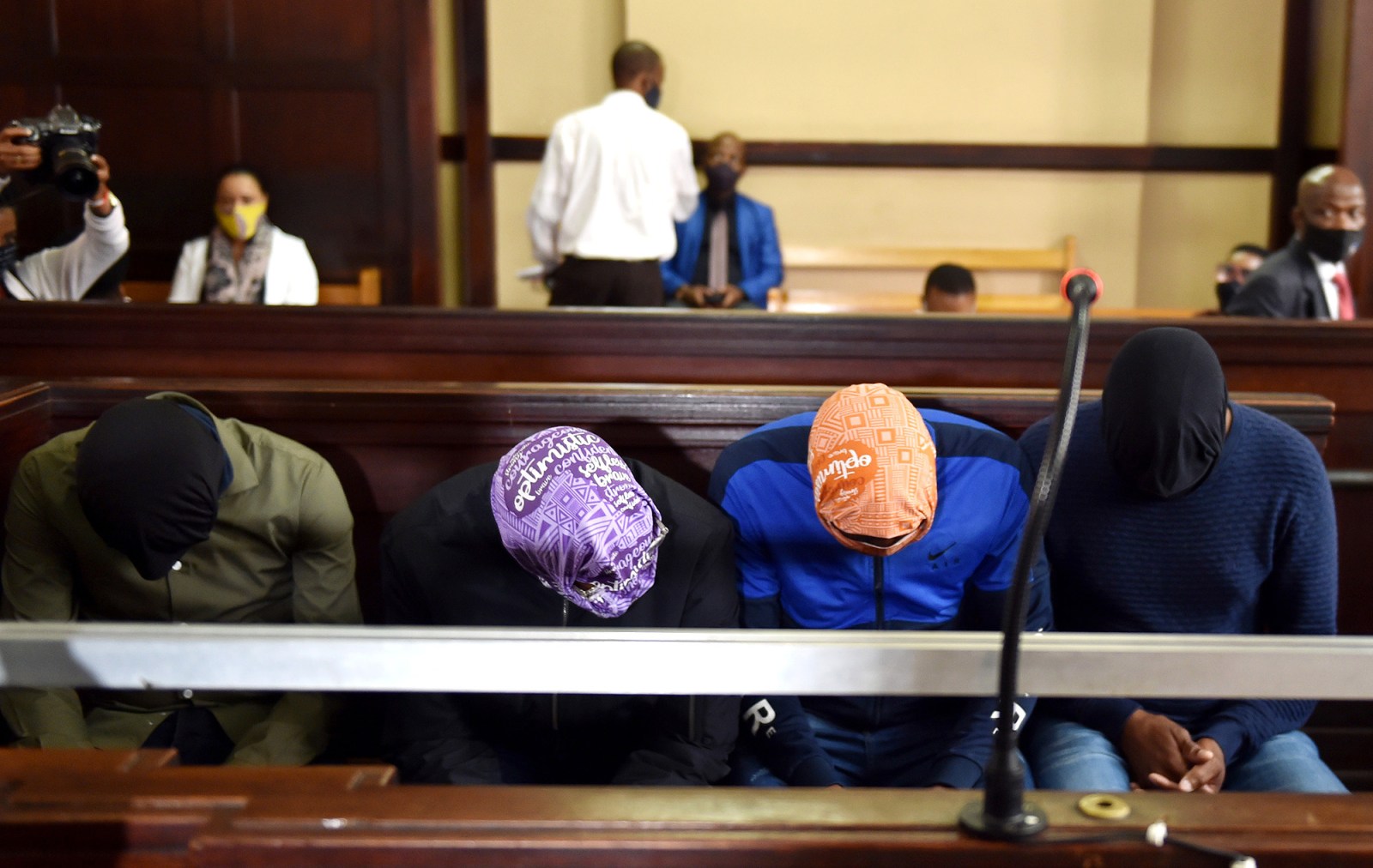 The four police officers have been charged with murder, attempted murder and defeating the ends of justice.

The four police officers arrested for the fatal shooting of Mthokozisi Ntumba during student protests in Braamfontein last week appeared in the Johannesburg Magistrates’ Court on Wednesday.

The officers, all from the Public Order Policing unit were arrested by the Independent Investigative Directorate on Monday, 15 March. Ntumba was killed when officers randomly opened fire as soon as they alighted from their vehicle.

The 35-year-old father of four was shot and killed moments after leaving a nearby clinic.

The four police officers have been charged with murder, attempted murder and defeating the ends of justice. They are Tshepiso Kekana  (27), Cidraas Boitumelo Matseothata (43), Madimetja Joseph Legodi (37) and Victor Nkosinathi Mohammed (51).

Gauteng National Prosecuting Authority (NPA) spokesperson Phindi Mjonondwana said the offence was within the realm of Schedule 5, and therefore the burden of proving qualification for bail rested with the accused.

The NPA confirmed that all four accused face the same charges. The NPA alleges they acted in “common purpose”.

Mjonondwana said more charges of attempted murder could be added if more witnesses came up.

The State said it will oppose bail in the matter.

One of the accused’s legal representatives requested the State to provide a post-mortem report, CCTV footage of the incident, witness statements, and asked whether forensic ballistics investigations were complete.

He said these should be made available to the defence.

Prosecutor Penuel Mhaga said the post-mortem results were not ready as there was a backlog at the forensic lab. They would be ready on 19 March when they would be made available to the defence.

The police officers’ legal representatives wanted to know on what prima facie evidence they were being remanded and the basis of the charges if there was no post-mortem report.

“Why did the case fall under Schedule 5 when investigations are still outstanding?” the lawyer for one of the accused asked.

“I’m encouraging the State to provide the defence with all the required information,” ruled magistrate Betty Khumalo.

The legal representatives of the accused also asked that they be remanded at the Hillbrow Police Station.

Mhaga said this had already been discussed and agreed.

“Your matter is remanded until 24 March, that’s when you can apply for bail. You are all warned to be in Court 13 at 8.30am,” said Khumalo.

There was a strong police and security presence inside and outside court. The officers were all armed. A few student representatives were also inside the court, including some members of the Socialist Revolutionary Workers Party.

A group of students marched to court but remained outside, singing  Struggle songs under the watchful eye of the armed police.