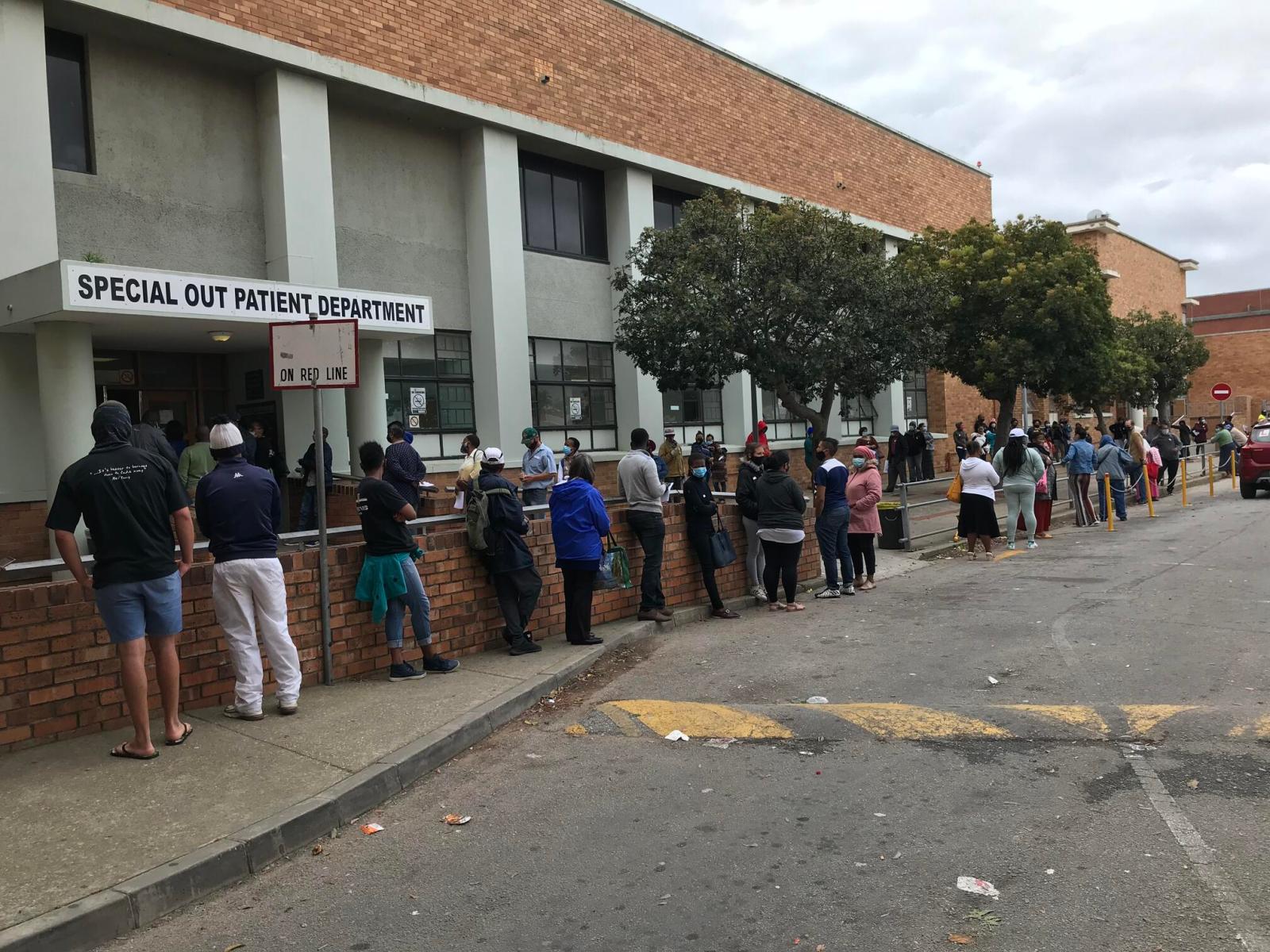 The MEC for Health in the Eastern Cape has admitted that the vacancy rate for specialists at Livingstone Hospital is close to 50% but claims that the numbers are ‘pushed’ up by departments that have been left without any specialists, such as neurosurgery.

The Eastern Cape Health MEC, Nomakhosazana Meth, admitted to the provincial legislature that specialist units had a vacancy rate of close to 50% — but she said these numbers were pushed up by shortages of superspecialists, such as neurosurgeons, and that they were looking at recruiting more “general specialists”.

Meth was answering a question from the Democratic Alliance’s provincial spokesperson on health, Jane Cowley.

“These shocking statistics were revealed in response to my parliamentary questions to establish the nature and extent of unfilled posts at these hospitals. The unfilled posts stretch across a variety of departments, including neurosurgery, anaesthesiology, cardiology, obstetrics and gynaecology and paediatrics,” Cowley said.

“Not only do these specialists bring valuable skills to the institutions where they reside, they also play a vital role in passing these skills on to others. Skills that are vital in the proper treatment and care of patients, and the very same skills that are severely lacking in the province, which is one of the key drivers of medico-legal claims against the department,” Cowley said.

She said the department did not appear to have a plan to fill these posts, but it is understood that a meeting has been scheduled with the specialist units in Livingstone Hospital and Dora Nginza Hospital on Tuesday.

Meth said 23 of 41 positions for the head of a clinical unit were filled at Livingstone Hospital and 30 of 58 specialist posts.

Only 160 of 269 posts were filled at one of the other tertiary hospitals in the province, Frere Hospital, and only 21 of 61 specialist jobs.

“Filling of posts is an ongoing process. The hospital continues to replace incumbents as they leave… due to attrition and other factors and it continues to reprioritise the available replacement budget to fund unfunded priorities. The replacement of posts is overseen by head office to give guidance and ensure fair and equitable distribution of the available resources to meet service delivery needs.”

Several senior hospital sources said last week that they had been waiting for more than a year for some posts to be filled with posts being removed from their department when delays caused vacancies of more than a year.

“Morale is the lowest it has ever been… We hence often work for upwards of 10 hours a day without time to eat or take a break,” the letter reads.

Meth said she did not believe the hospital’s accreditation to train specialists was in danger.

Some departments at the hospital, such as the departments of neurosurgery and ear, nose and throat surgeons, either had none or only part-time specialists.

“The current specialist vacancy rate does not pose a threat to the reaccreditation of the training platform as the main training domains (surgery, orthopaedics, internal medicine, obstetrics and maternal and child) have a much lower vacancy rate at an average of 20%. The higher vacancy rates are found in super specialist areas like neurosurgery,” Meth said.

The departments at Livingstone Hospital and Dora Nginza Hospital are, however, still refusing to take in medical students for their clinical rotation, meant to start this week, due to dire staff shortages.

“The filling of these specialist posts is an ongoing process and funding is available from the National Tertiary Services Grant and the Health Professionals Training and Development Grant. Furthermore, the filling of specialist posts is a function of a regional collaboration between the two feeder districts and the two training facilities, namely Dora Nginza Hospital and Livingstone Hospital. As such, the current recruitment cycle is prioritising appointment of general specialists in selected district hospitals such as Uitenhage Provincial Hospital, in order to strengthen the referral system,” Meth said.

Registrars training to be anaesthetists at Frere Hospital have in the meanwhile sent a letter to hospital management to express “deep despair and frustration with the Eastern Cape Department of Health” for failing to appoint senior anaesthetists who can train them.

“[They] are willing to work at Frere, but are being refused posts for reasons that we simply cannot understand when there is such a staffing crisis… junior anaesthetists… are forced to run potentially complex operation slates alone within single months with minimal supervision. It should not be acceptable. As trainees, we have had to teach ourselves, not because the specialists are not willing, but because they physically cannot spare the time.

“Morale is the lowest it has ever been… We hence often work for upwards of 10 hours a day without time to eat or take a break,” the letter reads.

It is understood that two doctors working at Dora Nginza Hospital and waiting to be trained as paediatricians left the public service last week after the department failed for months to appoint them in permanent positions. The department of paediatrics has only half its allocated specialists.

The department announced on Monday, 29 March that the contracts of some frontline workers would be extended.

Eastern Cape Department of Health spokesperson, Sizwe Kupelo, said that “after extensive consultation, the contracts of contracted nurses and community healthcare workers will be extended by three and 12 months, respectively”.

This means the 8,000 frontline workers whose contracts were due to end on 31 March will continue to be in the frontline for another few months.

The decision to extend their contracts was taken after a technical team led by Eastern Cape Department of Health acting Superintendent-General Dr Sibongile Zungu made a recommendation to Meth.

“While the department has serious budgetary constraints, the extension of the workers’ contracts was prioritised,” he said, explaining that they had found R400-million in the budget to pay these salaries.

“Ideally, we would have extended their contracts long ago or advertised the positions if we did not have financial challenges,” he said.

Meth said that with the third wave of Covid-19 expected to hit South Africa soon, the province needed all hands on deck.

“This is why it is important for us to renew their contracts so that they will continue what they have been doing and help us to reduce the spread of the virus. We would love to employ all of them permanently, but the truth of the matter is that we just don’t have the budget. This is largely because of medico-legal claims, which we are working tirelessly to address,” she said. DM/MC