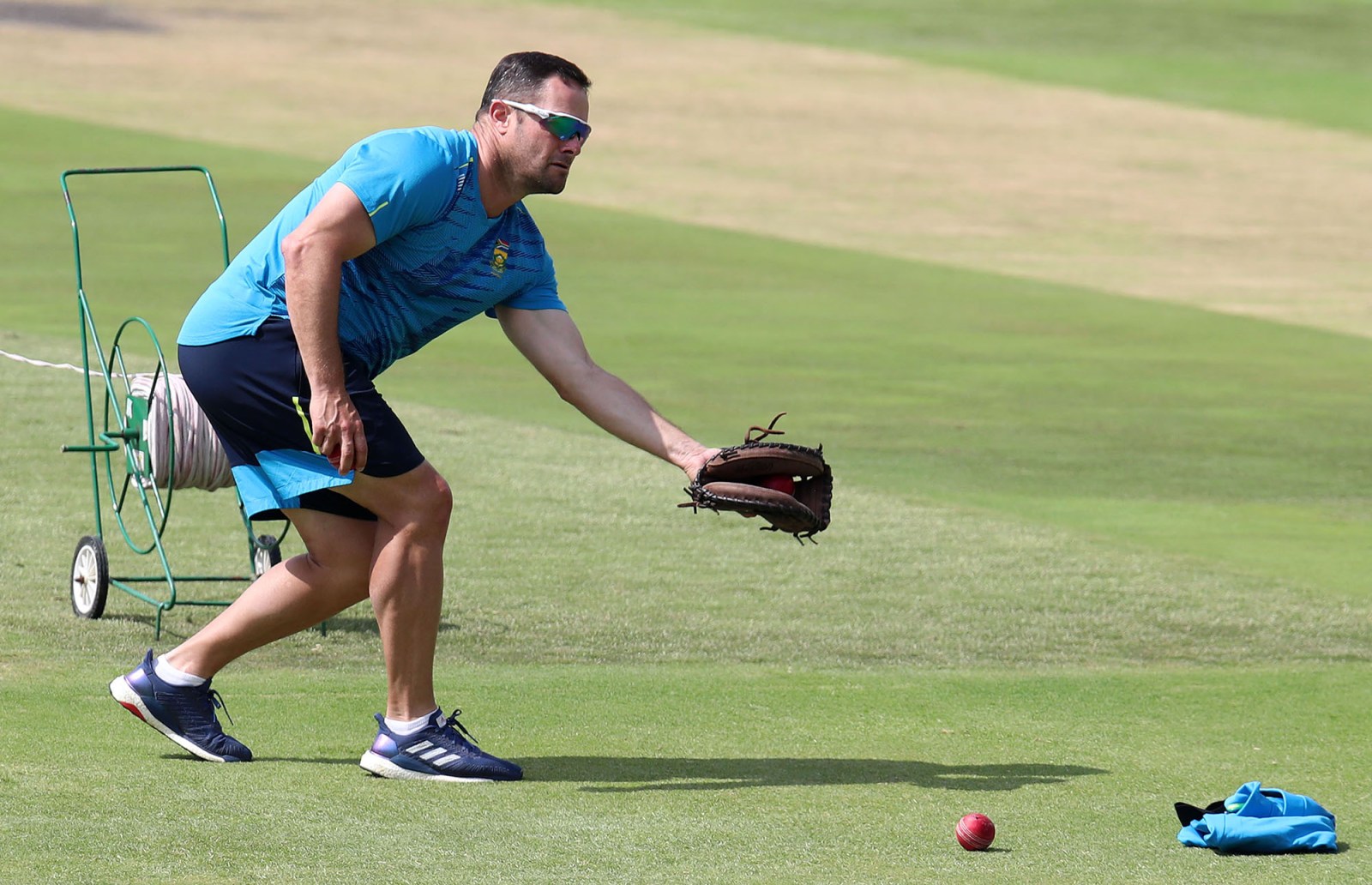 Local cricketers have been set more stringent targets to avoid falling further behind.

As the rest of the cricketing world innovates and moves forward, Proteas head coach Mark Boucher is at the forefront of demanding better fitness from his players.

Sisanda Magala, who recently underlined his status as the best domestic white-ball bowler by taking the most wickets to help the Lions win the recent domestic T20 Challenge, is in a race against time to turn his provisional selection for South Africa’s white ball series against Pakistan into a permanent one.

The reason the Lions’ fast bowler – who is a firm favourite of the Proteas’ coaching team but who has yet to play for his country despite being called up twice before – has not been capped is his struggle to meet the national team’s conditioning standards.

And with the first of three One-Day Internationals (ODIs) against Pakistan kicking off Temba Bavuma’s tenure as the Proteas’ white ball captain, Magala finds an all-too-familiar foe standing in the way of his being part of the new dispensation – the 2km time trial.

The time trial is supposed to be done in nine minutes, and the fact that the burly quick bowler from the Eastern Cape has not been able to do that has tripped him up before. But Boucher optimistically reports that this could well be a case of third time lucky.

“It is an area where we’re working hard to try [to] get him to a fitness level that makes him eligible to play for South Africa,” Boucher tells DM168. He’s even done one of the time trials with Magala to try to get him over the line.

“We’ve seen the stuff he’s done in the last competition, where he was one of the players of the tournament, and we’d like to have him available for selection.

“He’s been working with [Proteas conditioning coach] Tumi [Masekela] under the instruction to help him because we want to give him the opportunity [for selection].

“We’re doing everything we can to get him down to those requirements, I’ve been getting the results from Tumi every week and we’ve seen major improvement, which is fantastic to hear.

“He’s still got a little bit of time and he’s within the squad now. We’re hoping he’ll be available for selection for the first game and if not we’ll keep pushing him to get down to that minimum requirement, and hopefully we’ll see him in a national shirt.”

Magala is not the first franchise player to fall foul of the national team’s conditioning standards – as evidenced by him, Tabraiz Shamsi, Lungi Ngidi and Jon-Jon Smuts being sent to the High Performance Centre for a “conditioning camp” in January last year.

This is why the powers-that-be at Cricket South Africa (CSA) have established new conditioning standards for the players to meet in a bid as much to keep up with international trends as it is to address a slip in fitness levels. The move has been driven by Boucher’s former Proteas captain and current director of cricket Graeme Smith.

“You’ve got to keep up with world trends,” says Boucher. “If you look at the sport 10 years ago to where it is now, technically the guys are scoring 360 around the wicket.

“You have to keep up with modern trends and conditioning now has come a long way in terms of the science behind it.

“If you look at a guy like Bryson DeChambeau in golf, where you used to have quite a few chubby guys playing, and how he’s changed the thinking behind it, you can either say you’re not interested in that and fall behind, or say maybe we aren’t as fit as we think we are and improve that,” Boucher says.

Boucher reckons that with so much up in the air regarding most aspects of the game at the moment, it is important to try to control what they can.

“These Covid-19 times have shown us that you have to be very fit.

“There’s a lot of cricket going on and you’re in bubbles a lot of the time,” Boucher says.

“It’s not something that’s just come about. When Enoch [Nkwe] took over [as interim coach] it was something he wanted to instil and I certainly agree with it.

“Form is temporary but fitness as a professional sportsman is something you can control. The form is not always going to be there but the one way you can show that you’re dedicated to playing for your country is by your conditioning,” he says.

“If you look at India, their fitness standards are probably even more stringent than ours. We’ve got a 2km time trial to finish in under nine minutes and they’re at 8.15 or 8.20 at the moment. Our guys have known for over a year that nine minutes is the standard for our 2km time trial, so it’s not new.”

The new standards are effectively expectations at national team level that the CSA wants to see trickle down to all domestic cricketers. They have been conditionally welcomed by the South African Cricketers’ Association (Saca), the conditions being fair implementation for all and ensuring that there’s enough support to achieve blanket execution.

“CSA have the right to expect certain performance standards of the professional cricketers in the country in terms of fitness,” says Saca chief executive Andrew Breetzke.

“From a Saca perspective we expect it to be very clear what’s expected of a cricketer and cricketers must get the right support to achieve whatever standards are expected of them.

“Importantly in the new restructure, where we’ll now have 15 teams effectively at a certain level in division one and division two, is how do we make sure that that support – i.e. fitness trainers, physiotherapists, etc – is available to all our cricketers,” Breetzke says.

“That’s a concern because you’re not going to be able to achieve those standards in your entire system unless that support is in place. That’s something we have to work on with CSA.” DM168