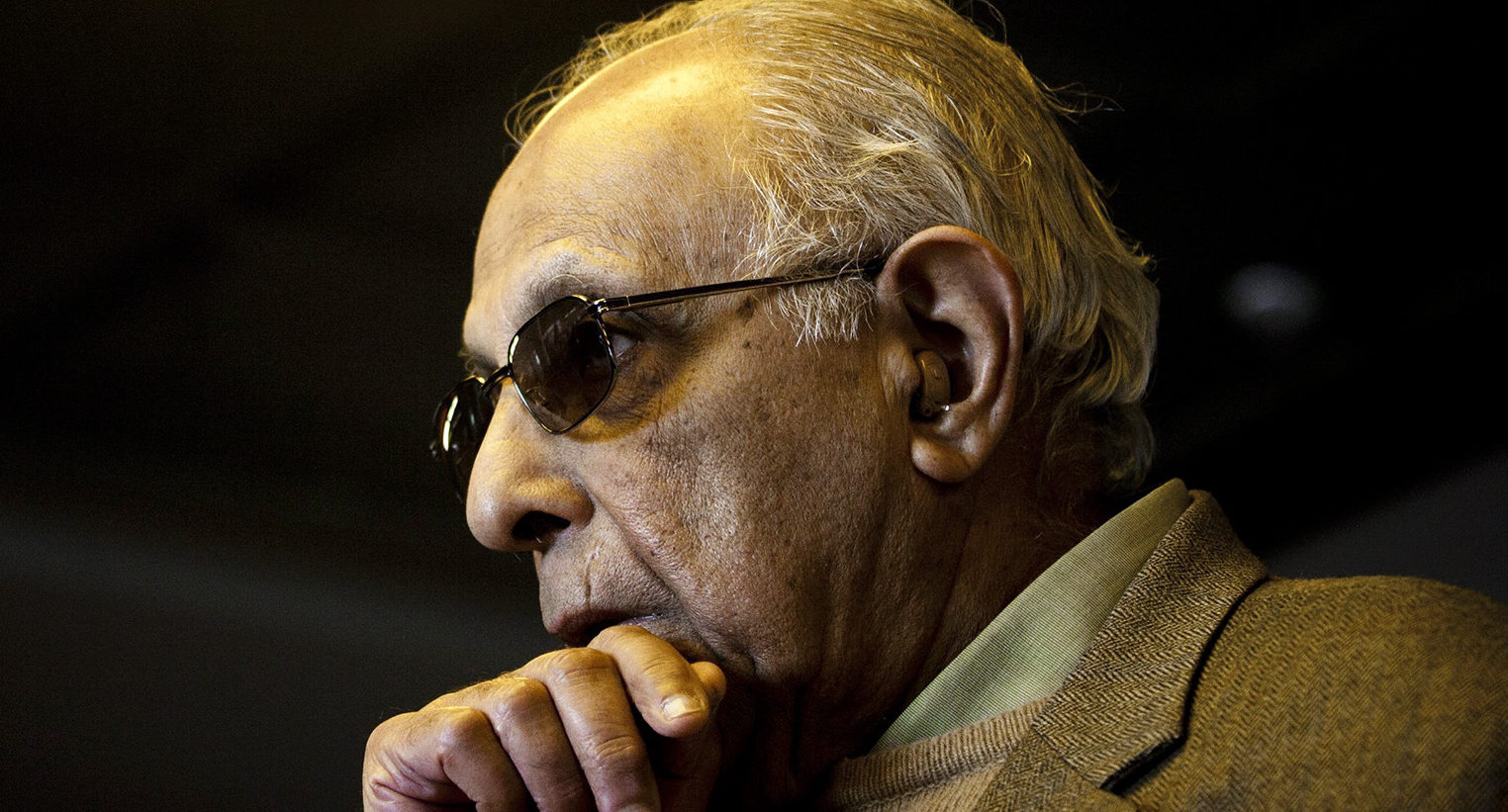 Veteran and youth activists paid tribute to the late anti-apartheid activist Ahmed Kathrada on Sunday to mark the four years since his death. The speakers invoked his ‘revolutionary spirit’ to guide South Africa through the crisis of Covid-19 and corruption.

Johannesburg’s Westpark Cemetery hummed with the song and speeches of youth activists on Sunday 28 March as the Ahmed Kathrada Foundation paid tribute to the late anti-apartheid activist Ahmed Kathrada.

The foundation was started by Kathrada in 2008 to promote non-racialism and the values of the Freedom Charter and the Constitution. A cornerstone of the foundation is its 25 youth clubs where students are taught about human rights, activism, democracy and government.

The speakers reflected on what Kathrada may have thought or advised had he been alive to witness the current struggles of youth, the Covid-19 crisis and the scourge of corruption and attacks on democracy in South Africa.

“Today we are grappling with vaccine apartheid. This type of global discrimination is something that Uncle Kathy would have wanted us to be more vocal about,” said Neeshan Balton, the executive director of the foundation in his opening remarks.

“We must agitate for Covid-19 vaccines to be made widely available and not be the preserve of the rich,” agreed Sello Hatang, the chief executive of the Nelson Mandela Foundation.

The work of the foundation remains essential now and after the Covid-19 crisis because racial disparities and other inequities continue to exist, said Nompendulo Mkhatshwa, a member of the foundation’s board and an ANC member of Parliament. She was one of the leaders of the Wits Fees Must Fall protests as the president of the university’s student representative council.

“It is now more than ever that we need organisations as this one to do work in our communities with our youth, to teach history and archive it, to hold government to account and to promote the rights, values and principles enshrined in the Freedom Charter and the Constitution,” she said.

Young activists, as ever, had a crucial role to play in protecting democracy and fighting for a future centred on Kathrada’s values. She pointed out that Kathrada became an activist when he was 12 years old and, in her mind, remained a youth activist until he died.

“He was always in touch with young people.”

She disagreed with those who say youth are disengaged – to the contrary, they are developing their own protest spaces, she said. She explained that young people feel they are not taken seriously because older activists “take up space” in formal organisations. In order for young people to take Kathrada’s values forward, they need to be given the space to do so and must engage with local government and demand accountability.

He added that Kathrada said that the youth will bear the biggest burden of the struggle for justice, but that they are up to the task.

“Thousands of young people… have learnt about the history of Kathrada, not to immortalise him as a hero but as somebody who represents a continued call to action and someone whose life embodied activism and whose life demands of us to take some form of action wherever we can,” Mangera continued. “It’s a call to champion the fight against corruption, moral decay and racism.”

The “humanness” of Kathrada is what made him so inspiring and encouraging, said Kristen Abrahams of the foundation. She said some young people feel overwhelmed when they try and match the standard of activism of the stalwarts, who seem “superhuman”. She said that those veterans of activism made the decision to fight and everyone can make that decision too.

The country must invoke Kathrada’s “revolutionary spirit” to guide it through the turbulence it faces, said ANC veteran and supporter of the new Defend Our Democracy campaign, Murphy Morobe. The Ahmed Kathrada Foundation was part of launching this campaign to combat attacks on the Constitution and the judiciary.

Morobe said that when graves are visited, those who have died are provided with an update on the state of the world. Today, they would have to tell Kathrada that “the battle against corruption is still raging on”. 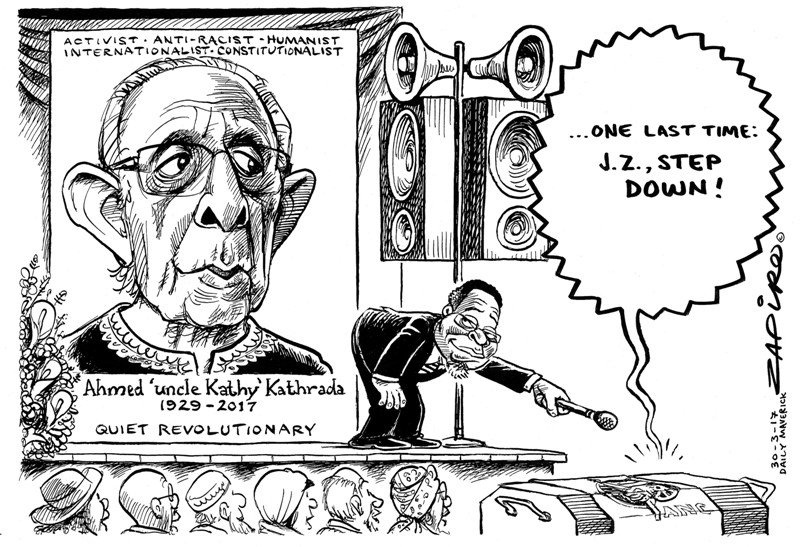 He said the Defend Our Democracy campaign carries the “glow of hope” in the restoration of people’s power as the best antidote to “politicians of deceit and corruption”. The ANC is no longer the leader of South African society and cannot lead the country out of the “current conundrum”. He said the campaign was supported by more than 70 organisations and thousands of individuals.

“As we say goodbye to comrade Kathy today, we do so with the promise and the hope that next year when we come back here, we will deliver a progress report that he can be proud of.”

“In the meantime, we leave him here to rest in peace.” DM/MC