National campaign set up to stop Zuma from ‘assailing the Constitution’ and to fight ‘unrestrained, large-scale looting’ 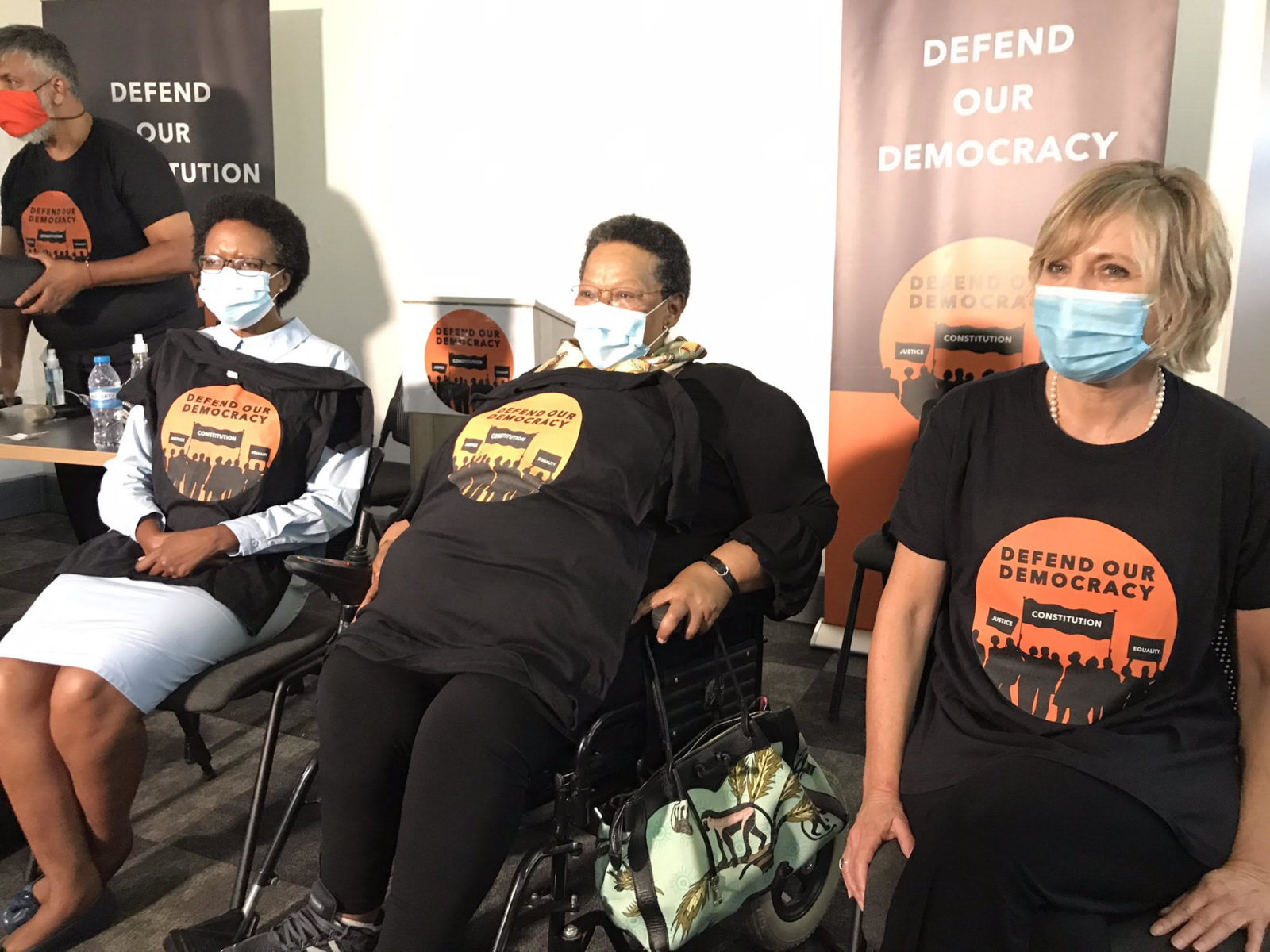 ANC veterans, the country’s two leading Covid-19 scientists, the SACP, the Ahmed Kathrada Foundation, business leaders, churches and leading organisations of civil society have come together to form a Defend Our Democracy front to resist attacks on the Constitution and the judiciary, notably by former president Jacob Zuma.

Various organisations and individuals have signed a declaration of support for the newly launched Defend Our Democracy programme of action, which is similar to the Save SA campaign organised at the height of State Capture.

At two launches this week, ANC veterans such as Murphy Morobe, Mavuso Msimang and Cheryl Carolus pledged support, while Morobe called for a new political system. The campaign is non-partisan.

Mmusi Maimane with the One South Africa Movement is part of it, as is Mojanku Gumbi, the former adviser to former president Thabo Mbeki and a veteran of the Black Consciousness Movement.

Professors Salim Abdool-Karim and Glenda Gray were present – one on each day – to support the initiative. SACP secretary-general Solly Mapaila, one of the first people to coin the term ‘State Capture’, bemoaned what he called a “descent into chaos”.

The South African Council of Churches (Sacc) has spoken out against attempts to destabilise South Africa and sees the Defend Our Democracy campaign as a continuation of that work.

A statement read out by former ambassador Sheila Sisulu does not pull its punches.

“Recently, a former president of our country, once described in a Constitutional Court judgment as embodying the ‘constitutional being’ of the republic, defied an order of the same court. This astonishing defiance by a former head of state not only violates the law but assails the Constitution itself.”

It says South Africans are still subject to “unrestrained large-scale looting, which has destabilised the state and brought the economy to the brink of collapse”. And it says those named in State Capture inquiries or charged with corruption have formed a cartel to defend themselves.

This has become a movement with Zuma at its vanguard.

“Disparate parties directly implicated in the State Capture project have been enlisted to amplify the former president’s unlawful defiance of the Constitutional Court. The deployment of personnel in army camouflage playing the role of a private militia, the very existence of which offends the letter and spirit of our democracy, is an ominous dimension of this anti-constitutional conduct,” says the statement.

The campaign is likely to become the counterpoint to protests outside important hearings of the Zondo Commission of Inquiry into State Capture or at major anti-corruption trials. DM