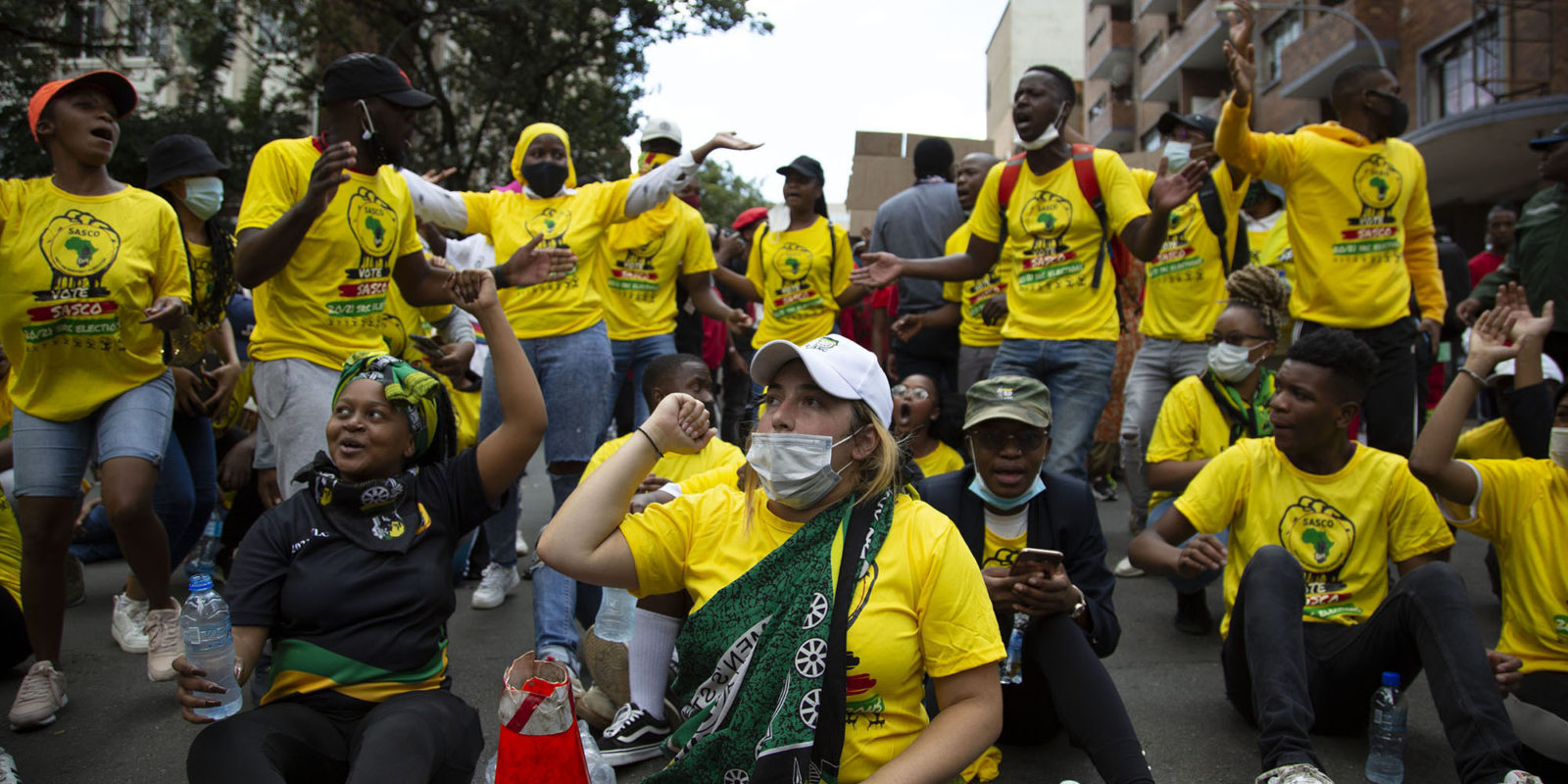 The university shows why student debt should be scrapped – but by whom?

In under five years, student debt at the University of the Witwatersrand has ballooned to R1-billion, shooting up from R405-million in 2016. By 2020, it stood at R1.062-billion, with R538-million regarded as bad debt.

Total debt owed to universities is R9-billion, according to Professor Jonathan Jansen of Stellenbosch University. 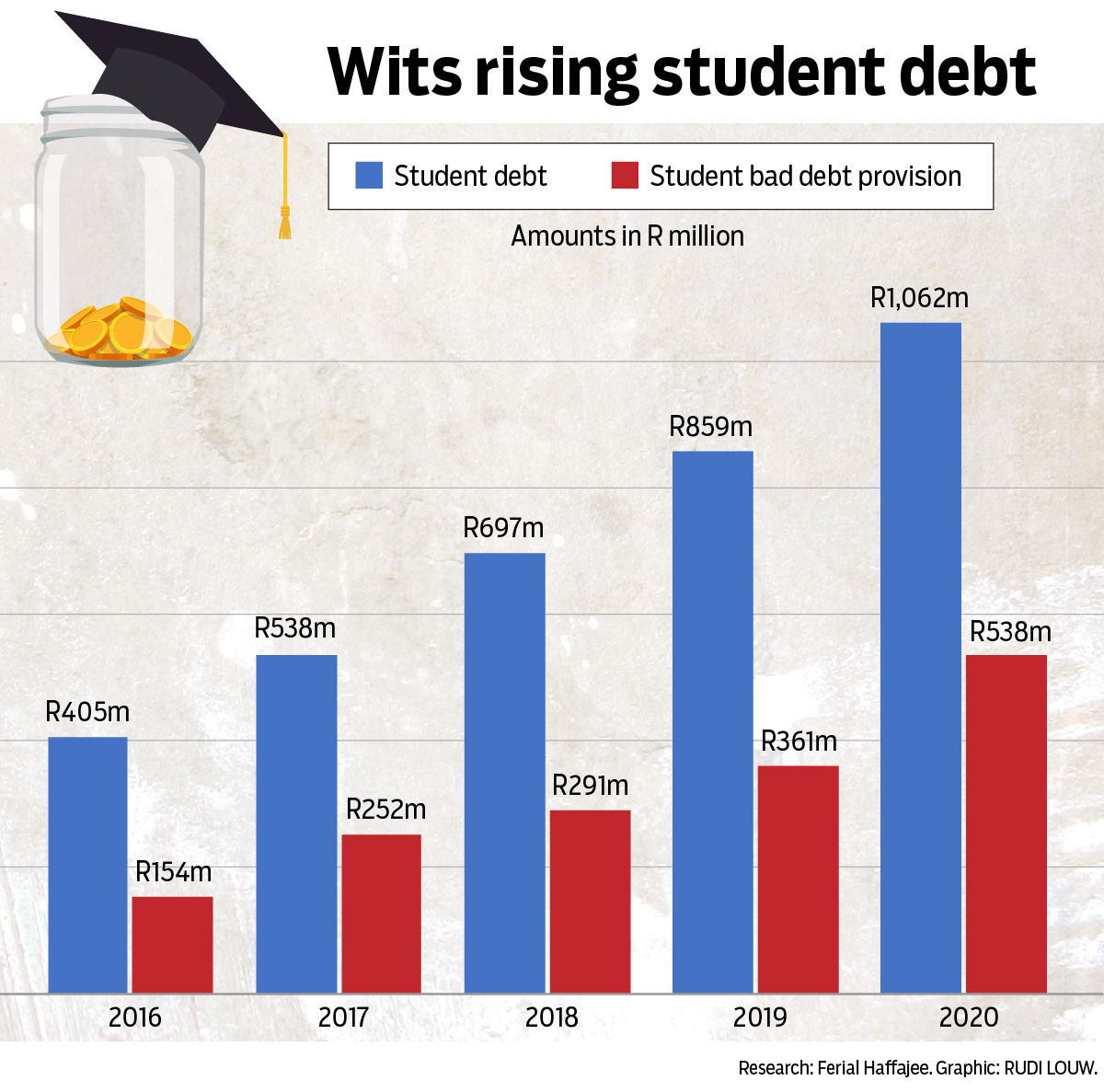 The chart below shows how Wits debt has grown as growing unemployment has forced students to seek financial aid. Out of a student complement of 37,500, 27,000 require some form of financial aid.

The university provides support amounting to R1-billion a year in a mix of funds from the National Student Financial Aid Scheme (NSFAS), the University Council and from donors. But this week’s protests, which are exploding largely at Wits and the University of Johannesburg (UJ), show even these amounts are insufficient. 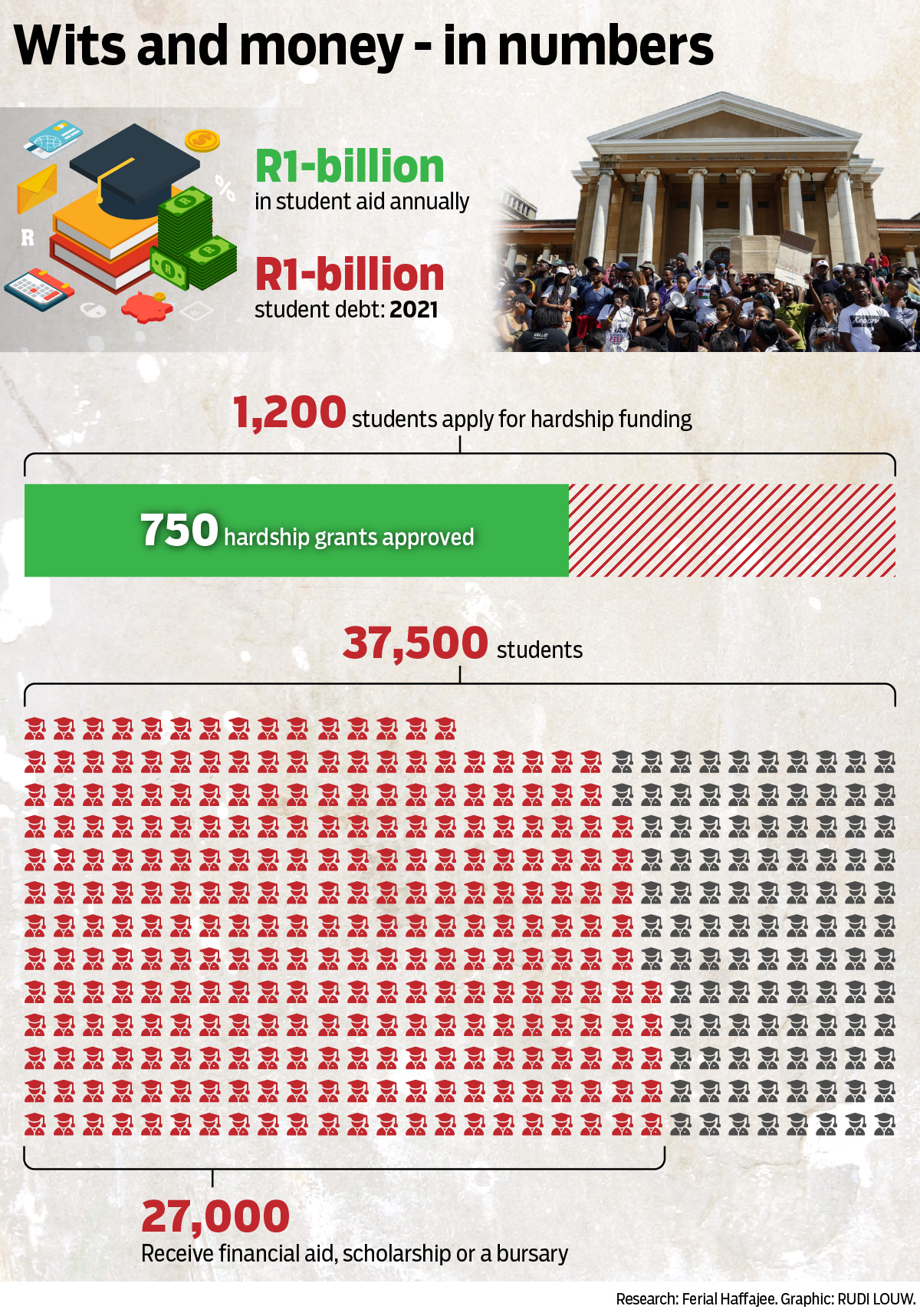 Wits and UJ are among the best-endowed universities because they are in the economic heartland of Johannesburg, while the rest of the 23 tertiary institutions targeted for protests are likely to be in a more parlous financial position.

Covid-19 has added to the hardship. Wits established a R20-million hardship and Covid-19 relief fund and 1,000 students applied for assistance, with 750 granted emergency hardship funding for food, data, transport and other forms of sustenance. Wits funds 10,200 NSFAS students at an average of R68,650 a year and 14,000 donor-funded students a year, while the council supplements 4,500 students at R24,500 a year.

Even with this mix, the university experiences annual protests as demand outstrips the supply of funds.

Jansen has argued that the government should cancel student debt up to the end of 2020, while Carol Paton, writing in Business Day, has reported that NSFAS will have to be recapitalised by R6-billion this year but that this will overshoot the fiscal framework Finance Minister Tito Mboweni achieved in the 2021 Budget. DM