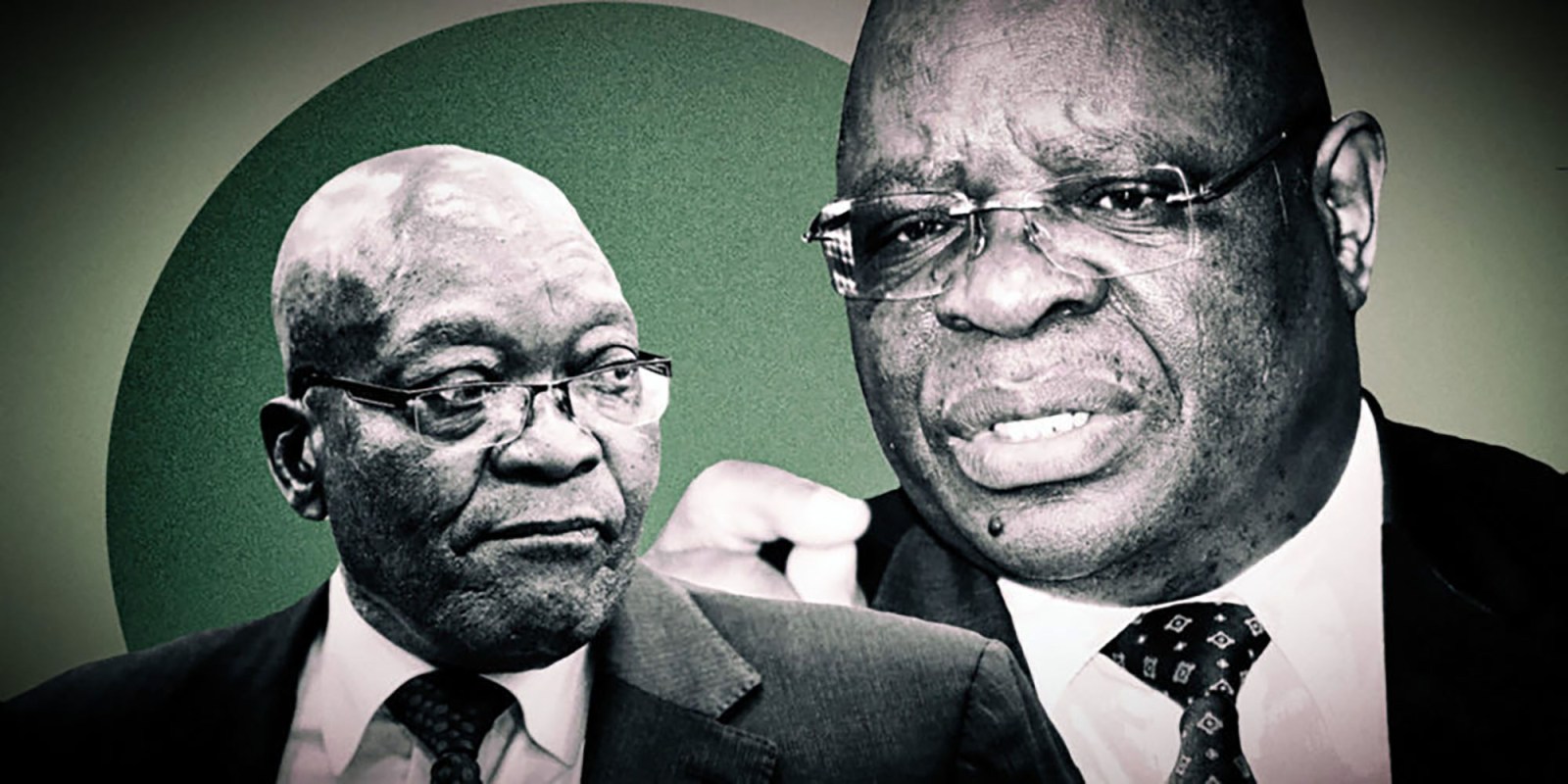 The Zondo Commission of Inquiry into State Capture filed papers with the Constitutional Court on Monday in which it asked the court to find former president Jacob Zuma in contempt and to issue an ‘appropriate' sentence for failing to assure the apex court that he would appear before the commission, as he had been ordered to do.

In its Heads of Argument to the Constitutional Court, the Zondo Commission said that the former president’s “public defiance” of the court “appears calculated to undermine public trust in the judiciary and the administration of justice as a whole”.

Zuma did not file a responding affidavit or notice to oppose, which garnered this reaction from the commission in its papers: “Bearing in mind what he has stated publicly about this court, it would have been expected that he would defend or explain his utterances on oath, before this court. The legal effect of his failure to file an opposing affidavit, however, is that all the facts alleged by the commission must be taken to be established.”

There is no doubt that Zuma is in contempt of court, according to the commission. The question was what the appropriate sentence for the former president should be.

Zuma’s “insults” via public statements were an aggravating factor in determining this, the commission said.

“In these statements, Mr Zuma has aggravated his offence of contempt by insulting this court, the commission and the judiciary at large in a manner that appears calculated to bring the judicial process into disrepute.

“We do not ask this court to decide whether Mr Zuma committed the offence of scandalising the court. We submit that Mr Zuma’s statements are an   aggravating factor in his offence of contempt of court.

“The statements have been issued, their meaning is plain, and they have not been explained by Mr Zuma before this court. By issuing these statements, Mr Zuma sought both to publicise and justify his defiance of this court’s order and the commission.”

The commission did not specify what the sentence should be. Instructing the commission’s legal team to bring contempt of court charges before the Constitutional Court against Zuma last month, Deputy Chief Justice Raymond Zondo had recommended a jail term. “It will be up to the court to decide what is appropriate,” said Zondo at the time.

According to evidence leader Paul Pretorius’s own admission when discussing Zuma’s no-show last month, about 40 witnesses throughout the course of the inquiry had thus far implicated Zuma in wrongdoing.

Instead of appearing before the commission again – he has only appeared once – Zuma has fired blistering public attacks over the alleged lack of impartiality of the commission and its eponymous chairman, Justice Raymond Zondo.

He has called on Zondo to recuse himself, and in November last year walked out of the commission because the judge failed to do so. He has since ignored summonses calling him to testify, and the subsequent Constitutional Court order that he obey the summonses and give evidence.

Zuma and his acolytes have a fair degree of public support, and argue that the commission has become a political battleground instead of being an inquisitorial forum.

The commission highlighted some of Zuma’s “insults” in its papers, quoting him as saying:

The commission also quoted some of Zuma’s “serious insults” about the Zondo Commission:

The commission also listed some of Zuma’s insults to the judiciary as a whole:

Zuma’s failure to respond to the application further aggravated his culpability, according to the commission, as it “demonstrates a persistent attitude of contempt and disregard for this court and its processes”.

The commission maintains that as a high-profile figure and a leader in society, Zuma is potentially cutting a path that others will follow, which could pose a very real threat to the rule of law.

The commission said it was also seeking legal costs. “This costs order is justified by Mr Zuma’s reprehensible conduct that has required the commission to again approach this court at public expense.

“Mr Zuma has deliberately and in bad faith defied an order of this court. He has also launched unjustified public attacks on this court, the commission and the institution of the judiciary.

“Mr Zuma’s public utterances against this court have been untruthful and malicious. When called upon to justify or explain the statements on oath, Mr Zuma has failed to do so as he has not filed any answering affidavit in this matter. Such malicious conduct is deserving of censure in a punitive costs order.”

The commission has thus far cost the South African taxpayers close to R1-billion and has had to have its lifespan extended because of the sheer volume of witnesses and having to pause for three months during the Covid-19 lockdown.

Its final report is now due by June 30.

The commission has, up until now, extended grace to Zuma that it is difficult imagining it would to ordinary citizens. In its previous filing with the apex court, it said that it would be willing to accommodate Zuma during the three-month period that should be used to write its final report, should he agree to testify. DM