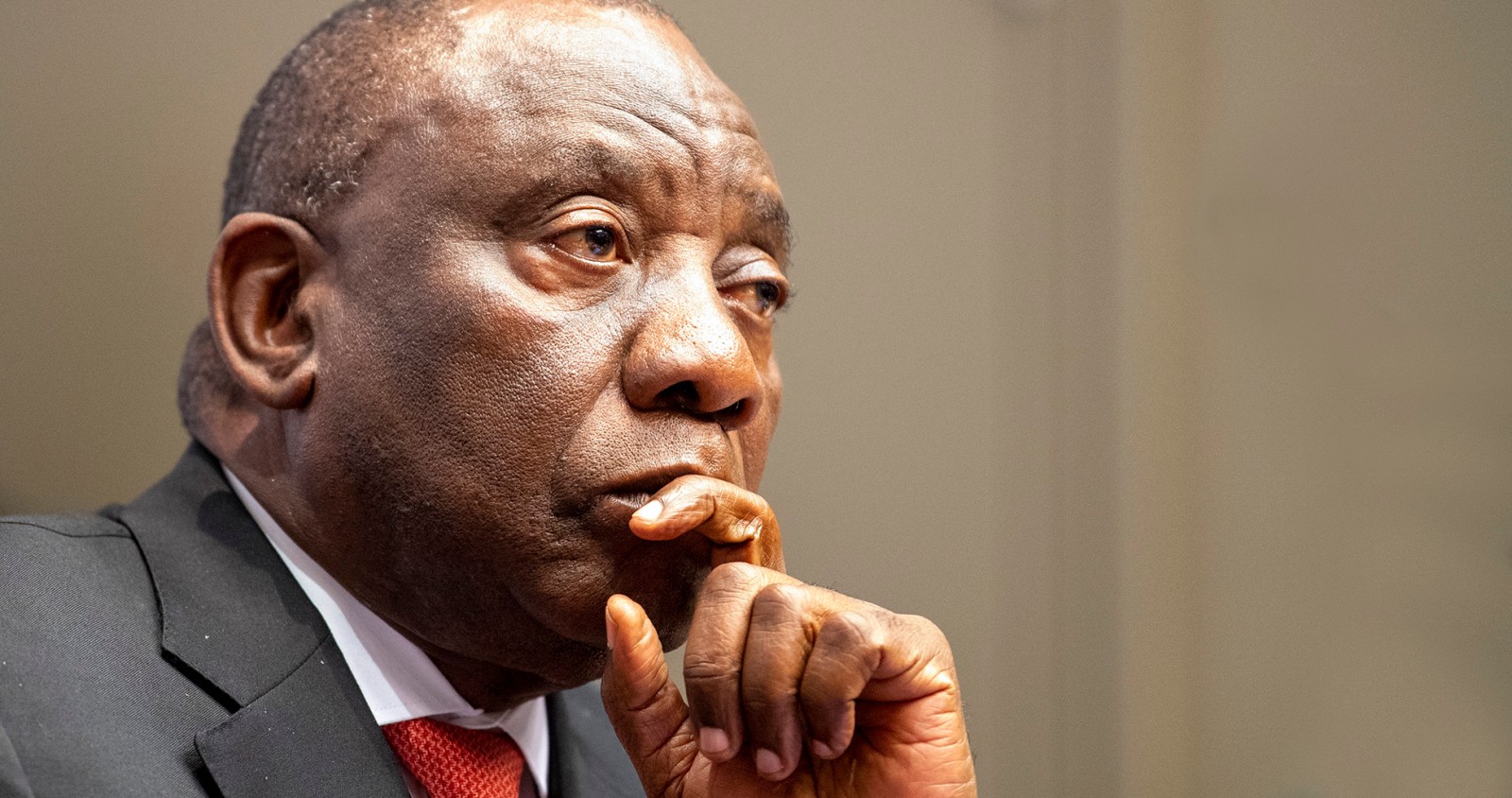 By the end of March, it will be D-Day for the party’s structures to report back on a set of guidelines to decide how cadres caught in allegations of malfeasance should step aside from their roles.

In the anniversary month of Covid-19’s first arrival on South African shores, President Cyril Ramaphosa has to ramp up the vaccine drive as well as deal with a political arena that is scorching hot.

Late in March, Ramaphosa will have to deal with the fallout from the Constitutional Court hearing on the contempt of court case brought by the Zondo Commission of Inquiry into State Capture. The hearing is on 25 March.

If the court agrees with commission secretary Itumeleng Mosala’s argument, then the police will have no choice but to jail the former leader. Or the court could order Jacob Zuma to appear before the commission, and if he evades its summons for a fourth time in 2021, then he will be in further contempt.

Either way, there will be a political crisis for Ramaphosa to manage. While Police Minister Bheki Cele has visited Nkandla in an attempt to persuade the former president to appear before the Commission, the occasion was spun to make it look like Cele was a supplicant and placed in a position of imploring Zuma.

Police Commissioner Khehla Sitole has already kicked into touch a previous criminal contempt complaint laid against Zuma in November last year, when he left the commission without permission from Deputy Chief Justice Raymond Zondo. The jury is out on whether the top cop has the independence to carry out a court order. The commissioner is implicated in the purchase of an intelligence-gathering grabber that was set to be used as part of the ANC’s factional rivalries at its elective conference at Nasrec in 2017.

Then, Ramaphosa will also lead the ANC’s delegation when the party appears before the Zondo Commission of Inquiry later this month. He is likely to be its marquee witness, and the party will answer to a raft of testimony about its role as the governing party. The party has been named in most testimonies since the commission fired up in August 2018. It played a starring role in the testimony about how the facilities company Bosasa was regarded as an ANC front company. Bosasa’s former COO, Angelo Agrizzi, revealed how cash and largesse made their way to party leaders, but the bigger story was of how the company underwrote entire election campaigns for the governing party.

Ramaphosa is likely to face tough questions about his role as deputy president for the decade of high State Capture even though he has overseen a schedule of important reforms since becoming head of state. And he is likely also to have to answer questions about how the state tender system has become a funding conduit for the ANC.

In the commission’s strands of inquiry about the passenger rail company Prasa and the Free State, testimony has been led to reveal how state procurement was used to funnel cash to the ANC.

Former Eskom CEO Brian Molefe this week laid bombs at Ramaphosa’s doorstep, alleging that Glencore used him (Ramaphosa was a BEE partner) to influence its contracts with Eskom. The global mining giant has denied the allegations, but Zondo assured Molefe that his testimony would not be swept under the carpet.

Ramaphosa is likely to have to answer and explain how the system of what its deputy secretary-general, Jessie Duarte, called “democratic centralism” works in the party regarding the exercise of parliamentary oversight with its MPs.

By the end of March, it will be D-Day for the party’s structures to report back on a set of guidelines to decide how cadres caught in allegations of malfeasance should step aside from their roles.

The immediate eye is on party Secretary-General Ace Magashule, who has repeatedly dodged the step-aside bullet. Ramaphosa’s allies want Magashule to be disciplined for failing to stand down in line with a resolution passed at the party’s Nasrec conference. Magashule is back in court on corruption and fraud charges in August and for him, the next five months are a make or break.

He is unlikely to stand down from his post without a fight, and he could even take it into the courts, which will set Ramaphosa up for a long and bruising battle with the man in charge of the party’s day-to-day affairs.

And if that was not enough on his plate and to show that Shakespeare was right when he wrote “uneasy lies the head that wears the crown”, March has also revealed that the president is in for a toe-to-toe with his public-sector union allies.

Finance Minister Tito Mboweni has committed to reducing public sector compensation by R142-billion over the next three years. The government hopes to achieve this through wage freezes and below inflation rate salary increases and deep cuts to benefits. It has already chopped performance bonuses and wants to take a scythe to other expensive perks and benefits.

The problem for Ramaphosa is that public sector trade unions who will suffer the chop’s brunt are his biggest political allies in the teachers’ union Sadtu, the nurses’ union Denosa and the general workers’ union Nehawu. There is overlap between trade union and ANC branch membership and his union allies were key to bringing Ramaphosa to power. Now the cuts could cut him politically, especially as Magashule is loading his guns for a fight. Magashule could run against Ramaphosa as president if the party’s elective conference goes ahead in 2022. Until now, it was widely regarded that Ramaphosa would be a two-term ANC president and a two-term country president. But the certainty of that political bet is now off as factionalism boils over again. DM168