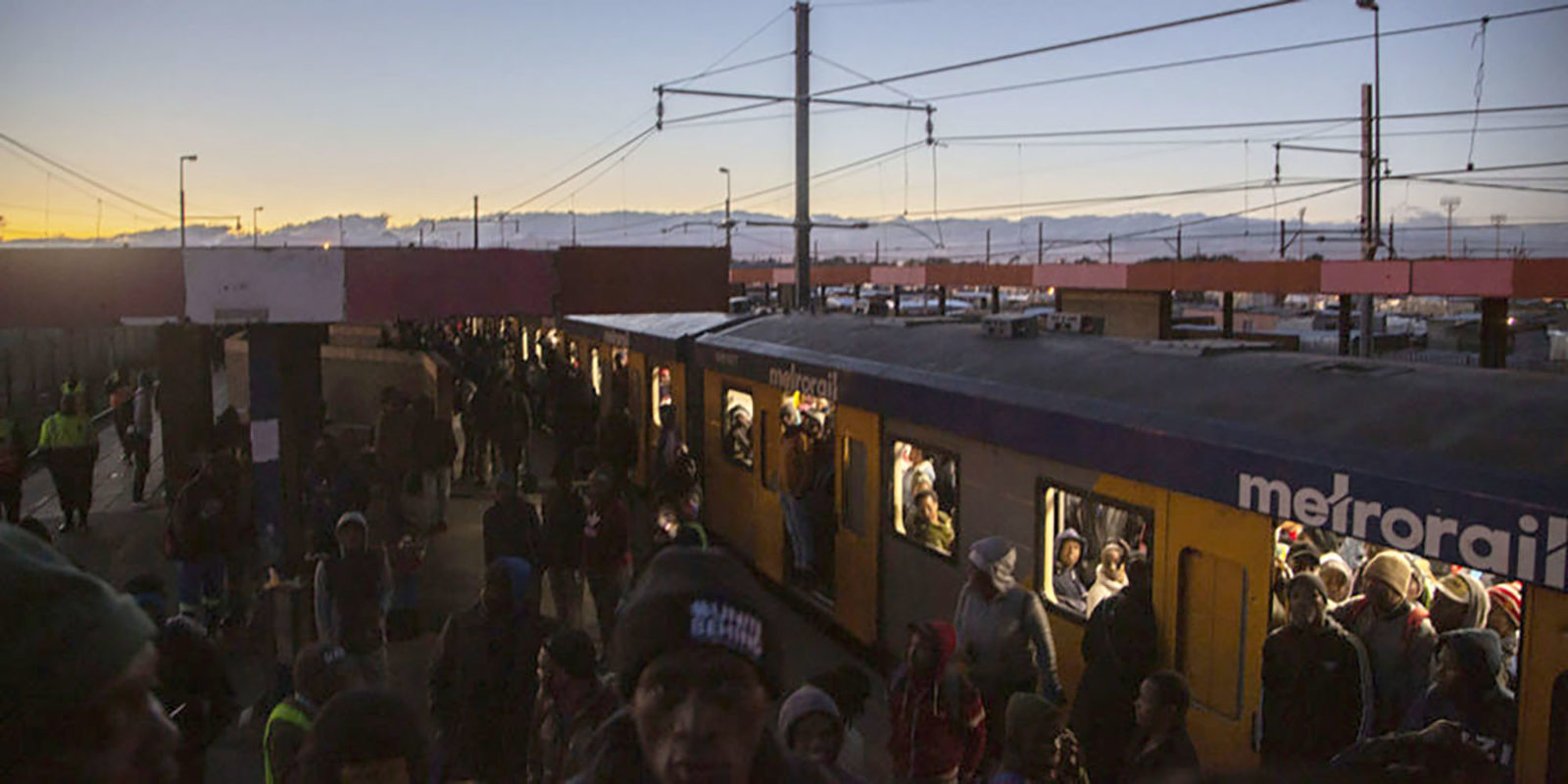 A Metrorail train at Khayelitsha Station. Prasa has briefed the Standing Committee on Public Accounts on the agency’s 2019/20 annual report, deviations and investigations conducted by the Special Investigating Unit. (Photo: Sune Payne)

The finances and management of South Africa’s rail agency have once again come under Parliament’s spotlight. But despite a new board, an investigation by the Special Investigating Unit and a new chief executive, it seems Prasa’s problems of accountability are not going anywhere.

On Tuesday, 2 March, Parliament’s public accounts watchdog struggled to get answers from the Passenger Rail Agency of South Africa (Prasa). In a pattern of less than desirable appearances before the public accounts committee, the committee was left with more questions than answers about the state of the country’s rail agency.

Prasa briefed the Standing Committee on Public Accounts (Scopa) on the agency’s 2019/20 annual report, deviations and investigations conducted by the Special Investigating Unit (SIU). This was a follow-up to a meeting held in November with the new Prasa board, which had been appointed a few weeks before the meeting.

The absence of acting CEO Thandeka Mabija was a sore point as she had been part of the November delegation and needed to answer questions about the entity. Board chairperson Leonard Ramatlakane said Mabija was on sick leave, and that Prasa was finalising the offer for a new CEO, their administration duties and the signing of a contract.

An issue raised by the committee was poor record-keeping at Prasa by previous boards. This came up before the committee in November 2019 already. Committee member Alf Lees questioned if any consequence management had been done for the poor record-keeping. Ramatlakane said the board was now uploading records to a secure cloud system, but this did not answer Lees’ question. Eventually, Ramatlakane said that some implicated officials had left Prasa.

However, Ramatlakane said Prasa had been asked by the SIU not to rush on consequence management until the SIU released its report into Prasa. This report is due on 15 March. But Hadebe was not happy with the answer, and he asked, why, if Prasa had internal records to show who signed off on irregularities, does the entity need to wait for the SIU’s investigation? Sethene said Prasa would not rush a process that could “backfire” in the long run.

Ramatlakane committed to provide the committee with a report on actions taken at Prasa. The chairperson of Scopa, Mkhuleko Hlengwa, said the behaviour of some Prasa officials “does not sit well with us”, but did not name these officials.

Scopa members asked whether the board had been properly constituted and if there were still any vacancies. Mbalula said he expected to fill the vacancies between March and April, as the names are before Cabinet. Hlengwa said the hearing was not concluded and told Prasa to provide answers to outstanding questions by Friday.

On Tuesday, soon after the briefing, the Johannesburg Labour Court set aside the termination of three Prasa officials.

In January, the board announced it had fired senior executives Martha  Ngoye (head of Legal, Risk and Compliance), Nathi Khena, and Pearl Munthali (head of Prasa Development Foundation).

Another official, Tiro Holele (general manager: group strategy) had been sacked in another round of firings a few days later.

Ngoye, Khena and Holele went to the Labour Court to have their dismissals set aside.

On Tuesday, acting Labour Court Judge Moses Baloyi declared the termination of the trio’s contracts was unlawful. The termination was set aside, and Prasa was ordered to reinstate all three with immediate effect.

“The first respondent is ordered to pay any salaries and benefits due to the applicants from the date on which the contracts of employment were terminated to the date of reinstatement,” wrote Judge Baloyi.

Prasa was ordered to pay the applicants’ costs except for the hearing on 11 February.

Prasa said in a statement the board would appeal the ruling.

“The basis of the judgment in favour of the applicants is flawed in law. Prasa’s legal team will be filing the necessary papers before the end of business tomorrow, Wednesday 3 March,” said Ramatlakane.

This is the second time Prasa’s firing of officials has been overturned. In February, Labour Court Judge Edwin Tlhotlhalemaje set aside the firing of the head of Prasa Development Foundation, Nqobile Pearl Munthali. GroundUp reported that the judge said the public firing of Munthali without informing her first, and the misrepresentation of why she was fired, “was not only appalling, but shockingly malicious and inhumane”. DM