‘You are in a mess — a total mess,’ Scopa chair tells Prasa board 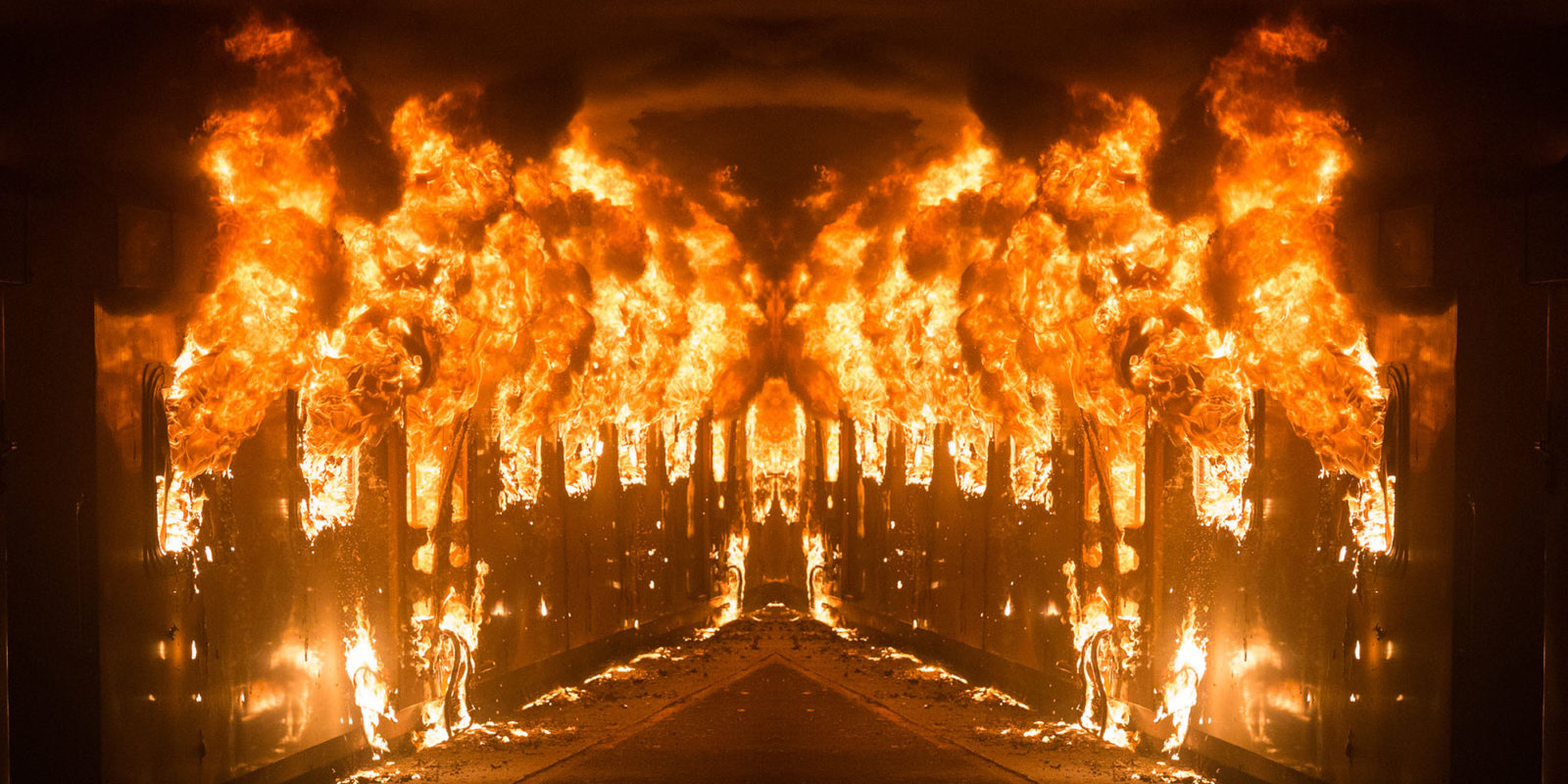 A passenger train in flames during a protest at Cape Town train station over delays. (Photo: Ashraf Hendricks / GroundUp)

Scopa held a funeral on Wednesday night. The deceased was the Passenger Rail Agency of South Africa. It was brutal to watch as most of the meeting centred on one issue: Why was there no record of the minutes taken at the entity’s board meetings in the 2018/2019 financial year?

“Our job is to know what killed the patient — we want to know what killed Prasa,” said Mkhuleko Hlengwa, chair of Parliament’s Standing Committee on Public Accounts (Scopa) during Wednesday night’s late-night grilling of the Passenger Rail Agency of South Africa (Prasa). But grilling was not even close to describing what went on during the session. Even Transport Minister Fikile Mbalula could not avoid the funeral service.

Mbalula wanted to speak about what Prasa would do in the future, but Scopa wanted to look back at the entity’s financial statements, including deviations, expansions, irregular, fruitless and wasteful expenditure. One of the key issues highlighted by Scopa was a remark in the Auditor-General’s explanation of a disclaimer opinion in its audit findings. The AG’s notes read:

“Prasa did not maintain complete governance records, including minutes of meetings of the board, sub-committees and executive committee. This has had a negative impact across the audit as resolutions and other decisions taken could not be confirmed, including those taken subsequent to year-end.”

This board was, not forgetting it is an interim board, appointed in March 2018 by former Transport Minister Blade Nzimande.

Committee members wanted to know why there were no minutes and records of decision the board had undertaken during the 2018/2019 financial year, despite receiving financial compensation for these meetings. But when it came time for the board to answer, it became increasingly clear that it was not willing to share that information, stating that former company secretary Lindikaya Zide, who at one point was acting CEO, was found to be manipulating the minutes of board meetings. Zide was fired by the entity in July 2019.

The room was sombre, funereal, with only the occasional tapping of keyboards and the squeaking of seats as the board members kept evading the question about why there was no proper record-keeping at board level.

Hlengwa, one of the few MPs returning to the committee after the national and provincial elections in May 2019, told the board that “this puts serious doubts on your ability to do the job at hand”.

MP Mervyn Dirks (ANC) said that where he came from, at the municipal level in KwaZulu-Natal, a disclaimer opinion from the AG’s office was cause for immediate dismissal.

“Minister (Fikile Mbalula), you must take action against this board, if you don’t take action, you will appear before Scopa,” he said.

Realising that this question would not get an answer, Hlengwa and the committee decided to move to the next part: the Special Investigating Unit’s investigation into Prasa. According to a proclamation by President Cyril Ramaphosa, the SIU was to investigate malpractice at the embattled entity.

When asked by Hlengwa and several other committee members about the status of those implicated by the SIU’s ongoing investigations, Prasa acting group CEO Nkosinathi Sishi told the committee there had been 30 people implicated so far, but would not reveal who they were. When asked by the committee if those implicated were on suspension or faced disciplinary action, Sishi said only three people had been suspended, but would not say anything about the other 27 people. This prompted Hlengwa to say:

“If they’re at work, say so.” This became another back and forth, the Prasa board not even answering that demand.

When it became clear that the meeting was now at a standstill, Hlengwa said:

“All we want to do is get to the bottom of the issue so consequences can take place.” He added: “Board, you got a disclaimer, you are in a mess — a total mess”.

The committee unanimously agreed to call the Prasa board back at another date to explain themselves, including interim board chair Khanyisile Kweyama, who had to leave the meeting early.

Mbalula, the political principal of the transport department and its entities, including Prasa, spoke with less bravado and casual remarks in the quiet and tense committee room. “I have stated that this is a mess,” said Mbalula, who had been appointed to this position following the 2019 national and provincial elections.

The minister described it as a “shocking part, as when particularly as a board, we are unable to answer things” and said he was not at all surprised by Prasa’s AG audit outcomes.

But Mbalula was clearly not happy when he heard the committee wanted the Prasa board to return.

“On my part, that (the issues at hand) should have been dealt with,” as there were other issues the committee needed to work through, Mbalula said.

Hlengwa told Daily Maverick after the meeting that if there wasn’t an opportunity for the Prasa board to answer questions again in 2019, the committee would recall it within the first parliamentary term of 2020. DM