STATE OF THE PROVINCE ADDRESS 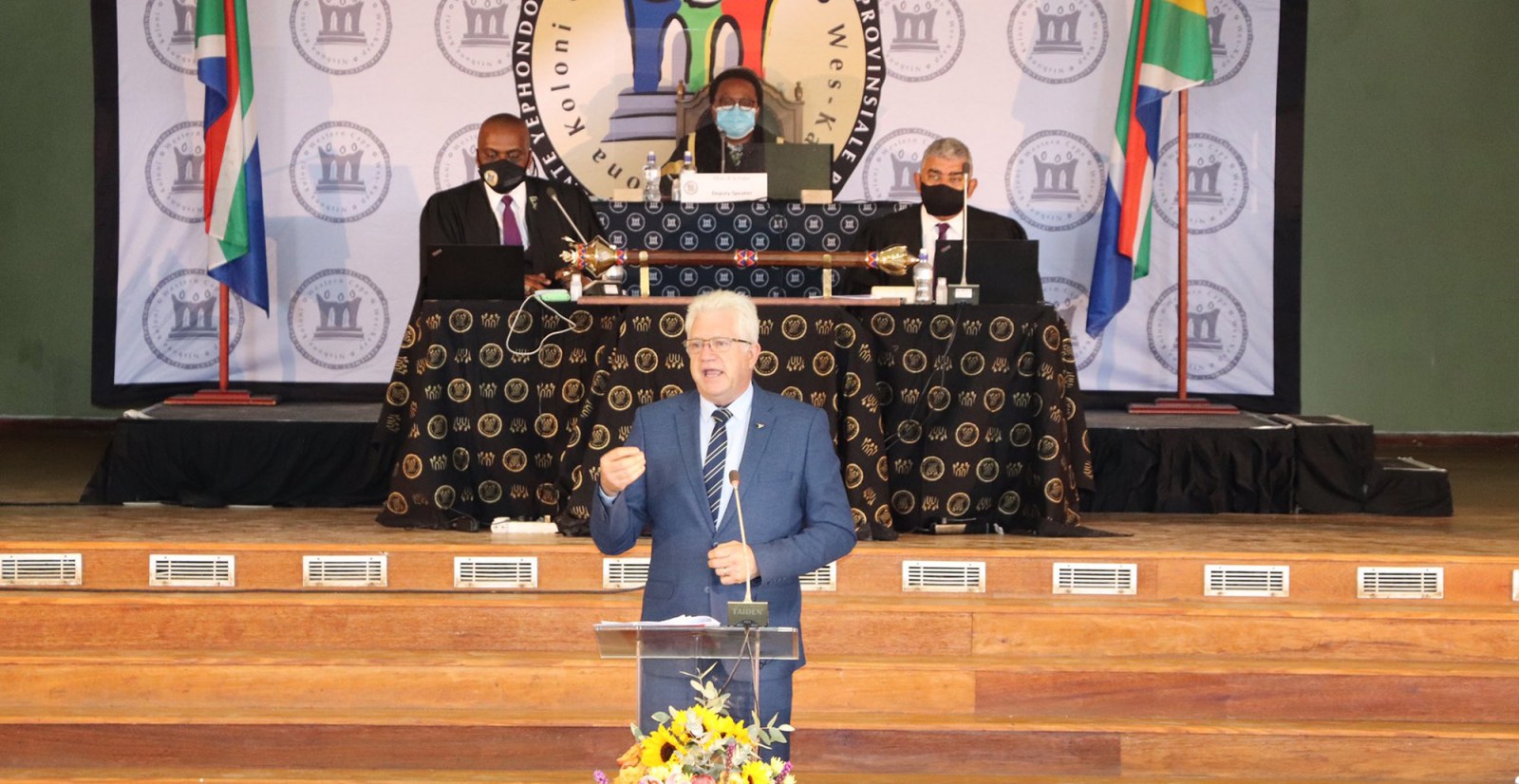 During the debate on Alan Winde’s State of the Province Address, much of the focus was on the province’s handling of the Covid-19 pandemic and plans to procure vaccines on its own.

Thursday, 18 February 2021, was a day full of accusations and questions about vaccines as political parties in the Western Province debated Premier Alan Winde’s State of the Province Address (Sopa).

Winde’s speech was held in a hybrid format, with some members of the provincial parliament (MPPs) in attendance at the Emil Weder High School in Genadendal in the Overberg region. Other MPPs were in attendance at the parliamentary chambers in Wale Street, Cape Town, and yet others tuned in via a virtual platform.

Dugmore described Winde’s speech as “more about form or show than substance”. Dugmore and several other opposition politicians criticised the province’s plans to procure Covid-19 vaccines on its own, which was announced by Winde in January. Winde later stated it was a contingency plan in case the national government could not provide vaccines.

“We must continuously be subjected to moaning from the DA about budget cuts – R1.6-billion we heard yesterday – but suddenly this provincial government can go on its own and procure vaccines with its own programme,” said Dugmore.

“This provincial government’s insistence that it goes it alone on the vaccine roll-out proves that it has enough money to carry out basic services to our people,” he said.

Good MPP Brett Herron described Winde’s Sopa as “probably the most anticipated and important provincial government statement we can expect in our lifetimes”.

“He fails to grasp the nature of the questions,” said Herron. “If he’s saying there is insufficient supply by central procurement because they started too late, then what does he say about his government only now making calls to manufacturers, several months later than the central procurement system?”

The DA’s provincial spokesperson on health, Wendy Philander, said she would use her oversight powers to monitor the vaccine roll-out in the province, following the first countrywide inoculations given to healthcare workers.

Ferlon Christians of the African Christian Democratic Party asked Winde about healthcare workers who refused to take a Covid-19 vaccine. “Will they be marginalised or victimised?” he asked.

Al Jama-Ah’s Galil Brinkhuis said the party welcomed Winde’s efforts to recover the economy after the first and second waves of Covid-19 infections. Brinkhuis said he supported the “sober roll-out vaccination plan” of the Western Cape.

Al Jama-Ah would put up a tourism desk at its parliamentary office to target Muslim tourists from Indonesia, Malaysia and the United Arab Emirates in an effort to boost tourism, said Brinkhuis.

However, EFF representative Melikhaya Xego said the “DA government exported coronavirus to the Eastern Cape” by allowing the transportation of seasonal farmworkers out of the province. He accused the provincial government of transporting these labourers “in the dead of the night”.

“You’re supposed to be ashamed of yourself,” said Xego.

Winde hit back at the criticism during his reply.

Winde said he would advocate for more provincial powers, especially after the police used a water cannon on elderly and disabled people at the Bellville offices of the South African Social Security Agency in the presence of Social Development Minister Lindiwe Zulu. Winde said this was an “absolute skande [disgrace]” and he would advocate for more social development powers.

In closing, Winde said, “we call on all citizens to keep on what they’re doing” to stop the spread of Covid-19. DM