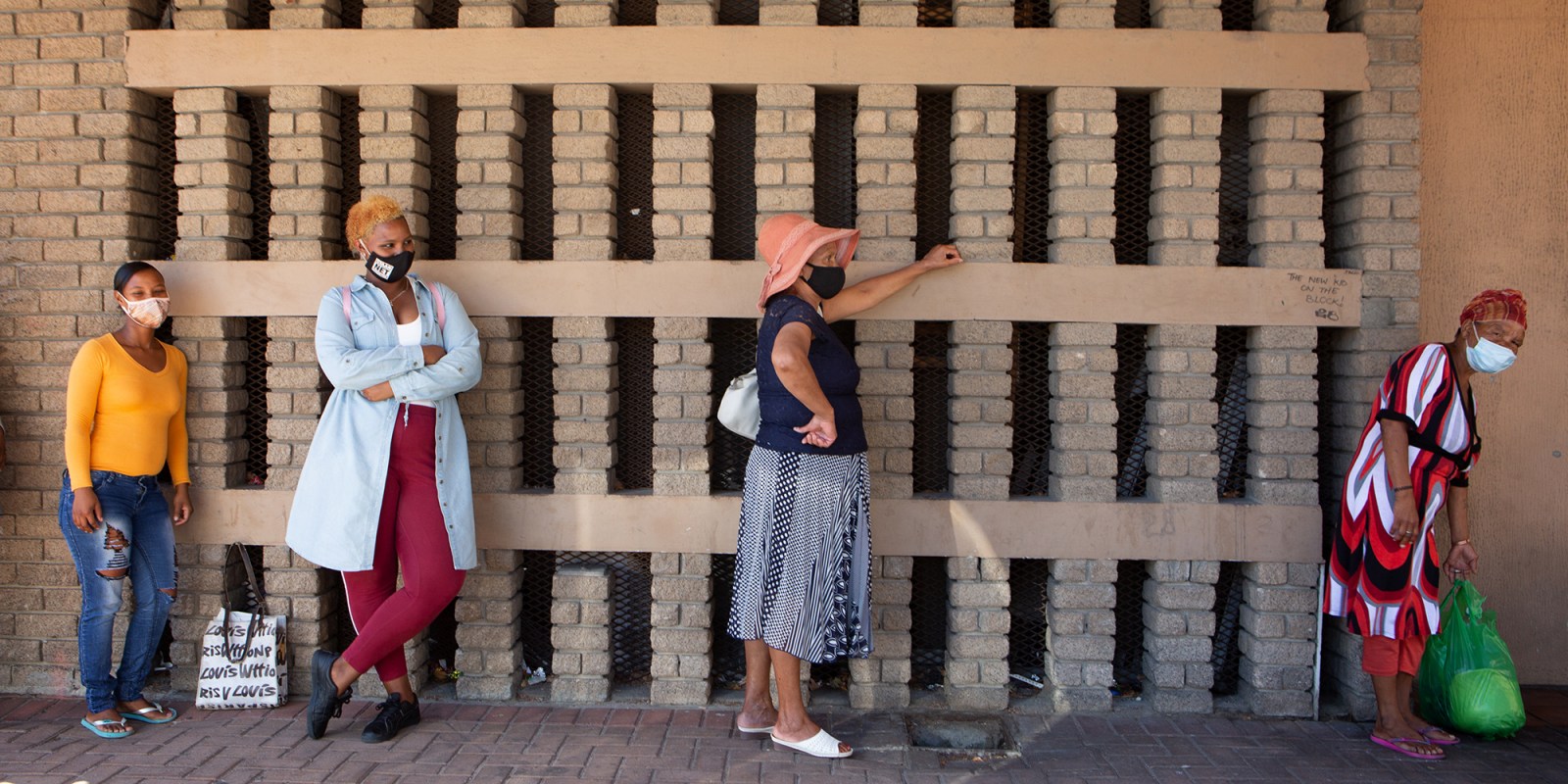 Grant recipients wait in long queues at the Bellville Sassa offices on January 18 2021. It is reported that most Sassa points across the country have had lengthy and congested queues comprising hundreds of temporary disability grant beneficiaries. (Photo: Gallo Images / Misha Jordaan)

Questions are still being asked about who gave an instruction for police to fire a water cannon at vulnerable people at the Bellville offices of the South African Social Security Agency. Minister of Social Development, Lindiwe Zulu, claims it was her who asked the police to stop.

Several issues have been raised in the aftermath of disturbing scenes where police fired a water cannon at disabled people in Bellville, Cape Town. Over the past two days, the South African Social Security Agency (Sassa) has appeared at two oversight committees to explain what happened on Friday, 15 January.

It soon became clear that Western Cape has the highest numbers of people on temporary disability grants, and this has created several problems.

Several issues emerged: the Western Cape has the highest number of recipients on temporary disability and care dependency grants – most of which lapsed between February and December 2020. Then there is a shortage of doctors who are available to see patients. Another issue is a dispute between the City of Cape Town and Sassa over the use of facilities.

On Wednesday, during her session before Parliament, the Minister of Social Development, Lindiwe Zulu, said there would be an investigation into why 52,323 temporary disability grants in the Western Cape which had lapsed during the Disaster Management Act were extended. Temporary disability grants are given for a period of between 6-12 months based on a client’s inability to work on medical grounds, not on social grounds. Countrywide, there were 214,473 grants which lapsed, but were extended, with the 52,323 in the Western Cape followed by KwaZulu-Natal (40,884) and Gauteng (33,394).

Diane Dunkerley, Sassa executive manager: grant administration, told Parliament the problems in the Western Cape were enhanced by the closure of 15o service points such as community halls in Cape Town during Level 5 of the lockdown. This put pressure on Sassa’s 16 offices in the city.

The Western Cape had a backlog of recipients and Dunkerley said “we needed to understand” if this was due to a limited number of doctors, or other factors – which is why an investigation will take place into the province’s high number of temporary disability grants.

Sassa CEO Busisiwe Memela said there were 500 doctors in training to assist Sassa with medical assessments. She said Sassa had asked for help from the Department of Cooperative Governance and Traditional Affairs to use community halls in Cape Town, as, in “areas like the City of Cape Town we didn’t have a meeting of minds”.

But on Thursday at the Western Cape Provincial Parliament, Dr Zahid Badroodien dismissed this. Badroodien, the City’s Mayoral Committee Member for Community Services and Health, said he was “surprised to hear that the city was the reason for a lack of Sassa facilities”.

He told the Standing Committee on Social Development that facilities had always been available, but “they’ve elected not to use the facilities”. He said facilities in the Parks and Recreation Department had been reserved, but never utilised by Sassa.

In the aftermath of Friday’s events, the city has appointed a person to liaise between itself and Sassa. In addition, there is an agreement in place between the city and Sassa to make use of city facilities between 19 January and 29 April.

But the facilities are not the only problem. Sassa Western Cape head Bandile Maqetuka, who appeared along with Badroodien, said there was too little money available to disburse to grant recipients.

“The extension of the temporary disability grant will cost approximately R1.2-billion for the remainder of the financial year,” he said, while Sassa has only R411-million for this task.

“I, this very Lindiwe Zulu, asked the police to stop what they were doing,” said Zulu before Parliament when asked by MPs about her actions. Zulu was at the Sassa office when police blasted people with the water cannon. Another issue raised by MPs was why she was filmed shouting at recipients from inside a South African Police Service (SAPS) Casspir.

Zulu said she had used a SAPS loudhailer because Sassa had no loudhailers. The lack of loudhailers, she said, was an issue that would be addressed.

“This Lindiwe Zulu can never run away from the people – that must be understood once and for all,” she said.

Zulu, Memela, Dunkerley and Maqetuka all apologised for the events that transpired on 15 January.

“Crowd control is not a Sassa competency – there is no way Sassa could have known who gave that instruction, but we are not involved,” said Maqetuka.

Meanwhile, when asked who exactly took the decision to fire a water cannon at vulnerable people, Western Cape police referred Daily Maverick to a statement released on 20 January.

“Western Cape SAPS management met Sassa leadership in the Province on Monday in a bid to resolve challenges that relate to large crowds of people converging in long queues at some Sassa offices within the Western Cape.

“Meanwhile an internal SAPS inquiry into what transpired at the Bellville Sassa offices on Friday, 15 January 2021 where police used water cannons on individuals standing in a long queue, is underway,” the statement read. DM