STATE OF THE NATION ADDRESS 2021 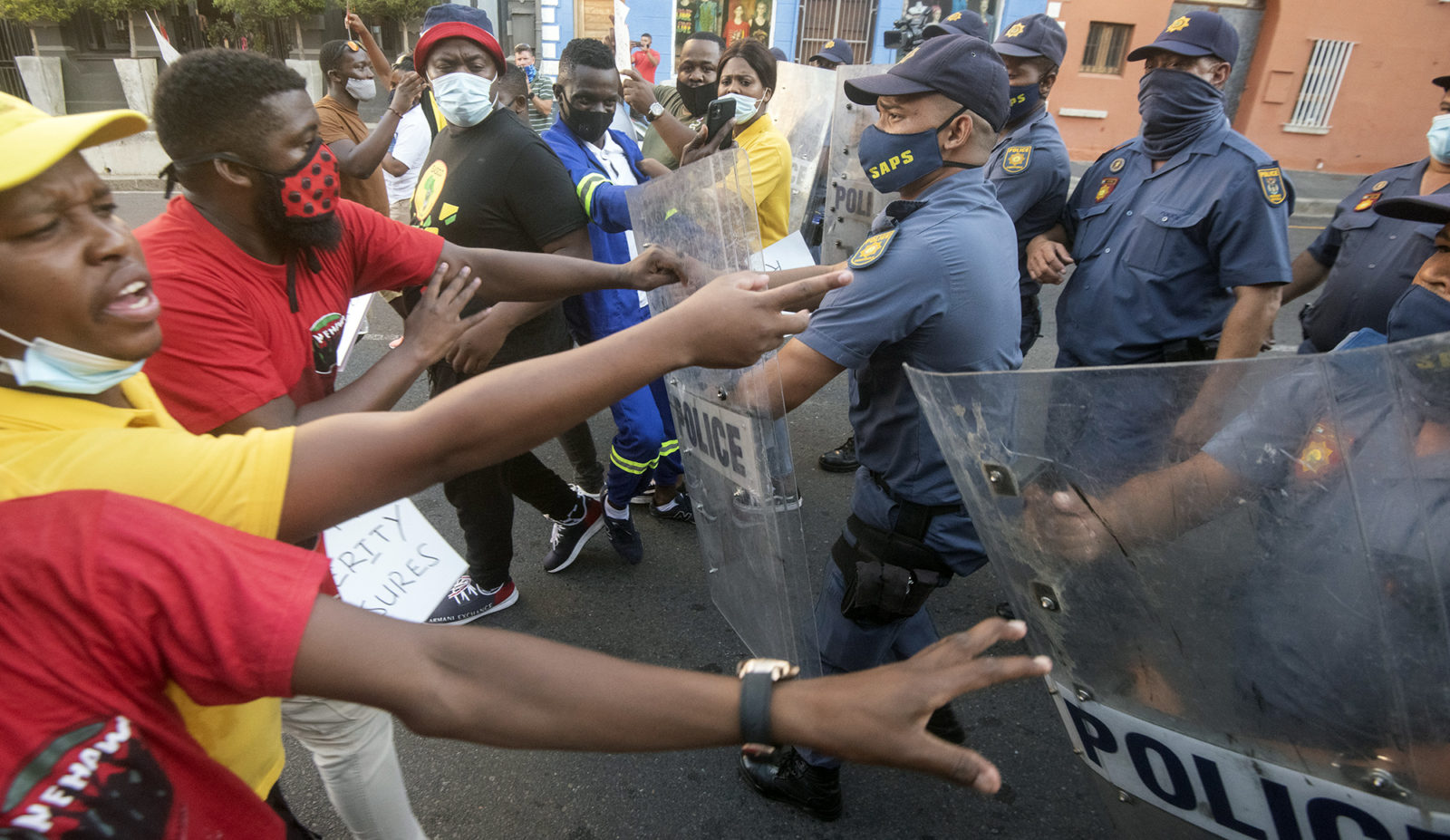 Members of the South African Students Congress (SASCO) clash with police as they protested for more NSFAS funding and the return of R1 billion cut from funding near Parliament on February 11, 2021 in Cape Town, South Africa. It is reported that the group was pushed by police to the Grand Parade as protests were not allowed near Parliament during SONA. (Photo by Gallo Images/Brenton Geach)

Despite the havoc wreaked by the pandemic in the basic education sector, the president’s State of the Nation Address gave little attention to problems confronting SA’s public schools.

President Cyril Ramaphosa’s Thursday evening State of the Nation Address did little to alleviate concerns about problems facing the education sector, with pupils returning to their classes on Monday.

The speech gave a nod to the rollout of broadband in schools and other sectors of society and reiterated the government’s commitment to regain lost time and improve education outcomes.

“It is our priority for this year to regain lost time and improve educational outcomes, from the early years through to high school and post-school education and training,” he stated.

However, none of the president’s utterances on the basic education sector was accompanied by details of how lost school time will be regained nor how educational outcomes will be improved.

“All those utterances were clearly like an additional thought for a stronger narrative that focused around this idea of being able to rejuvenate and fast track the rebuilding of the economy,” said Noncedo Madubedube, the general secretary of civil society organisation, Equal Education.

Madubedube added that the president’s remarks don’t give credence to the crisis in the public education system.

“A broadband programme that’s going to run in the next 18 to 24 months doesn’t speak to what a learner needs tomorrow inside of their own schools. It doesn’t hold accountable and give transparency around what, in the existing infrastructure different education departments have, they are going to do better to ensure that this year is more sustained and safe for learners,” she added.

Compounded by the pandemic, South Africa’s public education system has been confronted by numerous problems, ranging from water and sanitation, infrastructure, class interruptions due to school closure, and reduced funding for infrastructure projects from the government.

Education infrastructure grants were dealt a massive blow in 2020 when the Treasury slashed R1.9-billion from their budget to tighten its expenditure, then a further R2-billion was diverted to Covid-19 relief in other sectors of society.

In 2020, Daily Maverick reported that over 2,000 school infrastructure projects in schools were due to the budget cuts.

Political analyst and Wits associate lecturer Dr Thokozani Chilenga-Butao said more pressure needs to be put on the government when it comes to school infrastructure delivery.

Madubedube said Covid-19 has highlighted how unequal the country’s education system is, with one of the biggest problems during the pandemic being providing pupils with learning resources while they are not at school. “Many learners do not have devices to support learning from home.”

The DA called the president’s lack of detail about plans for basic education “disappointing”.

“Education was only mentioned three times in the entire speech. And there is literally nothing that was said about it even in the three times it was mentioned,” said the DA’s shadow minister for basic education, Baxolile Nodada.

“All of the provinces across the country have experienced cuts in budgets for infrastructure. That is money is for replacing pit latrines, ensuring access to water in schools, and building schools because a majority of provinces cite space constraints as an issue,” he added.

Learners will start the school year on Monday, after the calendar year was pushed from January 27 to February 15. DM