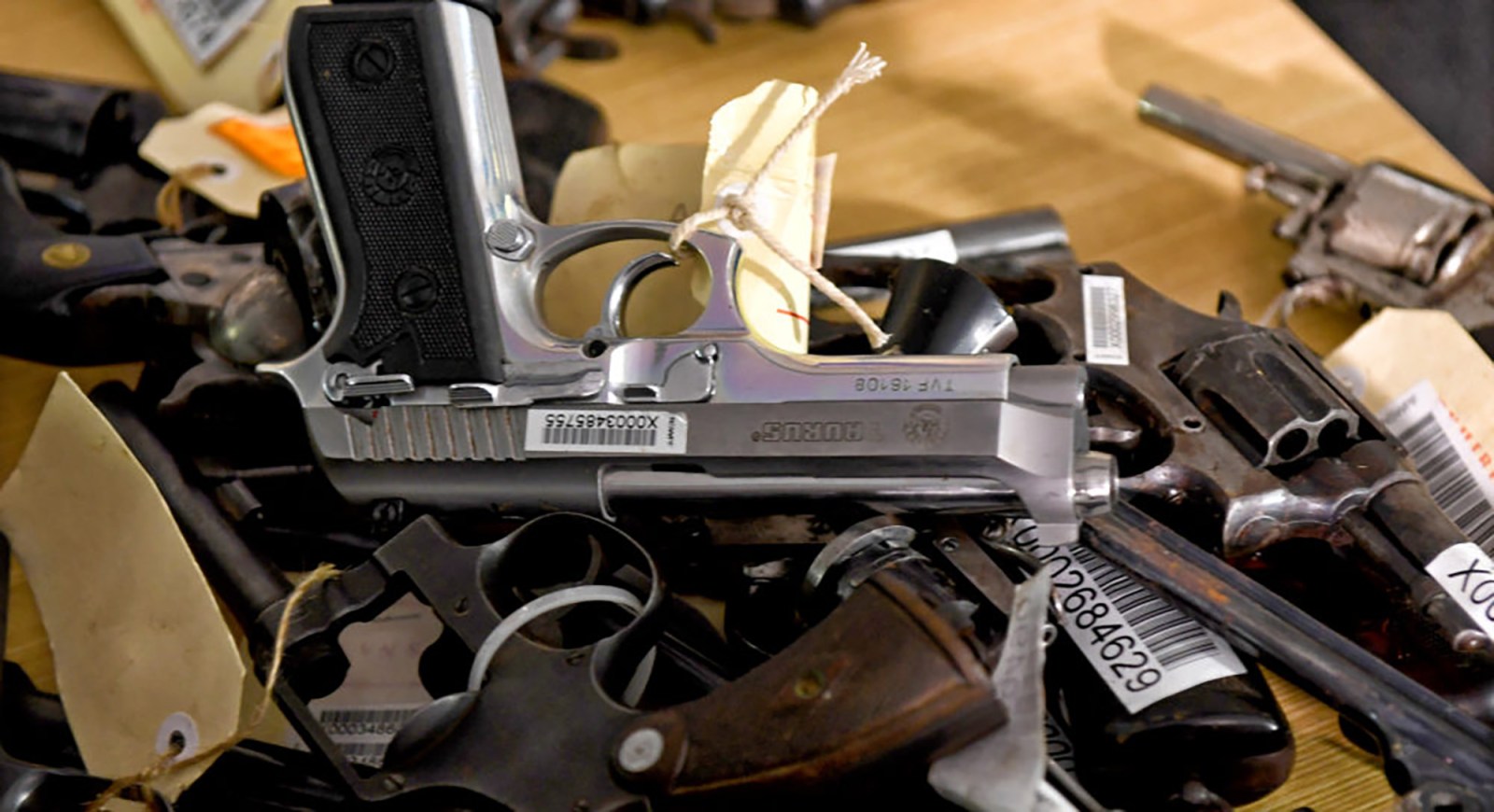 Arms dealer Alan Raves has been ordered to stand trial with Cape Town businessman Irshaad Laher on charges of supplying stolen police firearms to criminal gangs. Court documents have revealed that investigators believe 1,066 murders were carried out using about 888 stolen firearms between 2010 and 2014, and that least 261 children were murdered or wounded between 2010 and 2016 as a result of the supply of weapons to gangs.

After years of delays, a Vereeniging arms dealer, Alan Raves, has been ordered by the Western Cape High Court to stand trial with fellow accused, Cape Town businessman Irshaad Laher, for allegedly supplying thousands of stolen SAPS firearms to criminal gangs between 2006 and 2015.

The ruling was handed down by Judge Patrick Gamble in the Western Cape High Court on 3 February 2021 after Alan Raves had sought to appeal against an earlier judgment dismissing an application for a permanent stay of execution due to ongoing delays. Raves also sought a separation of trials from Irshaad Laher.

At least 2,000 of about 3,028 SAPS dockets relating to the firearms allegedly sold by SAPS members to intermediaries have been provided to Raves’ legal representatives.

Previous court documents revealed investigators believe that 1,066 murders were carried out with around 888 stolen guns between 2010 and 2014, and that least 261 children were murdered or wounded between 2010 and 2016 as a result of the supply of weapons to gangs.

The trial of Raves and Laher is due to resume on 12 February 2021 and is expected to be postponed to 2022 for hearing. The men face possible life sentences in terms of the Prevention of Organised Crime Act (POCA).

Gamble’s judgment has revealed that Colonel Chris Prinsloo, who was sentenced in 2016 to 18 years for his role in the theft of about R9-million worth of firearms from the SAPS armoury in Silverton, is now a state witness. This might explain his early parole, which Daily Maverick noted in October 2020.

Prinsloo and a colleague, Colonel DC Naidoo, headed the SAPS Firearms, Liquor and Second Hand Goods division (Flash) and were tasked with the disposal of illegal weapons and firearms forfeited to the state.

The two senior SAPS members had exploited a gap in the IBIS unique serial number system and “established a lucrative business in the trade of illegal firearms”.

Prinsloo allegedly sold firearms that were meant to be destroyed to Laher, the owner of two Spur franchises. Laher is currently out on R100,000 bail. Raves is accused of offering R1-million to Prinsloo and Naidoo to steal firearms and ammunition. He is also charged with the theft of about 400 rifles as well as firearm parts.

There have been numerous setbacks in bringing the sensational matter to trial, including the assassination of Laher’s legal representative Pete Mihalik outside a private school in Green Point in 2018. Mihalik represented several high-profile underworld figures in Cape Town.

Raves’ lawyer prior to Mihalik was Noorudien Hassan, who was murdered in 2016. Raves was arrested in 2015 along with Laher, Prinsloo and Naidoo.

Gamble said the SAPS was “the pre-eminent guardian of law and order in South Africa” and that the object of the police was “to prevent, combat and investigate crime to maintain public order, to protect and secure the inhabitants of the republic and their property, and to uphold and enforce the law”.

It was “anathema to our constitutional order when members of the SAPS become involved in organised crime syndicates”.

Raves, the court heard, was a “category A” firearms collector, licensed firearms dealer and the sole member of Gama Arms CC, a firm that operates out of Vereeniging. He was also described as a specialist in the collection of “military and heritage weapons”.

Raves and his various legal representatives had sought, at different times, to delay proceedings by requesting that the state provide all the dockets related to Raves. He also sought to have matters heard in Vereeniging.

The thrust of the state’s main case against the two accused is one of racketeering, in that they had participated in “the affairs of an illegal enterprise”.

The alleged offences took place  2006 and 2015 in Pretoria, Durban, Vereeniging, Germiston, Cape Town and Wynberg, but charges have been centralised.

Gamble said there were two distinct areas of operation: one was the supply line to gangsters on the Cape Flats and the other the supply of stolen and heritage weapons.

While Raves told the court he did not know Laher, and that “neither supplied arms to the other”, Gamble said it had to be established beyond reasonable doubt that the conduct of Raves and Laher “constituted a pattern of racketeering activity as defined by POCA”.

Raves had associated himself with the enterprise through a “pattern of racketeering by continuously buying stolen arms” and thus he had to stand accused alongside Laher. DM