Commuters and rail industry feel the pinch as Prasa del... 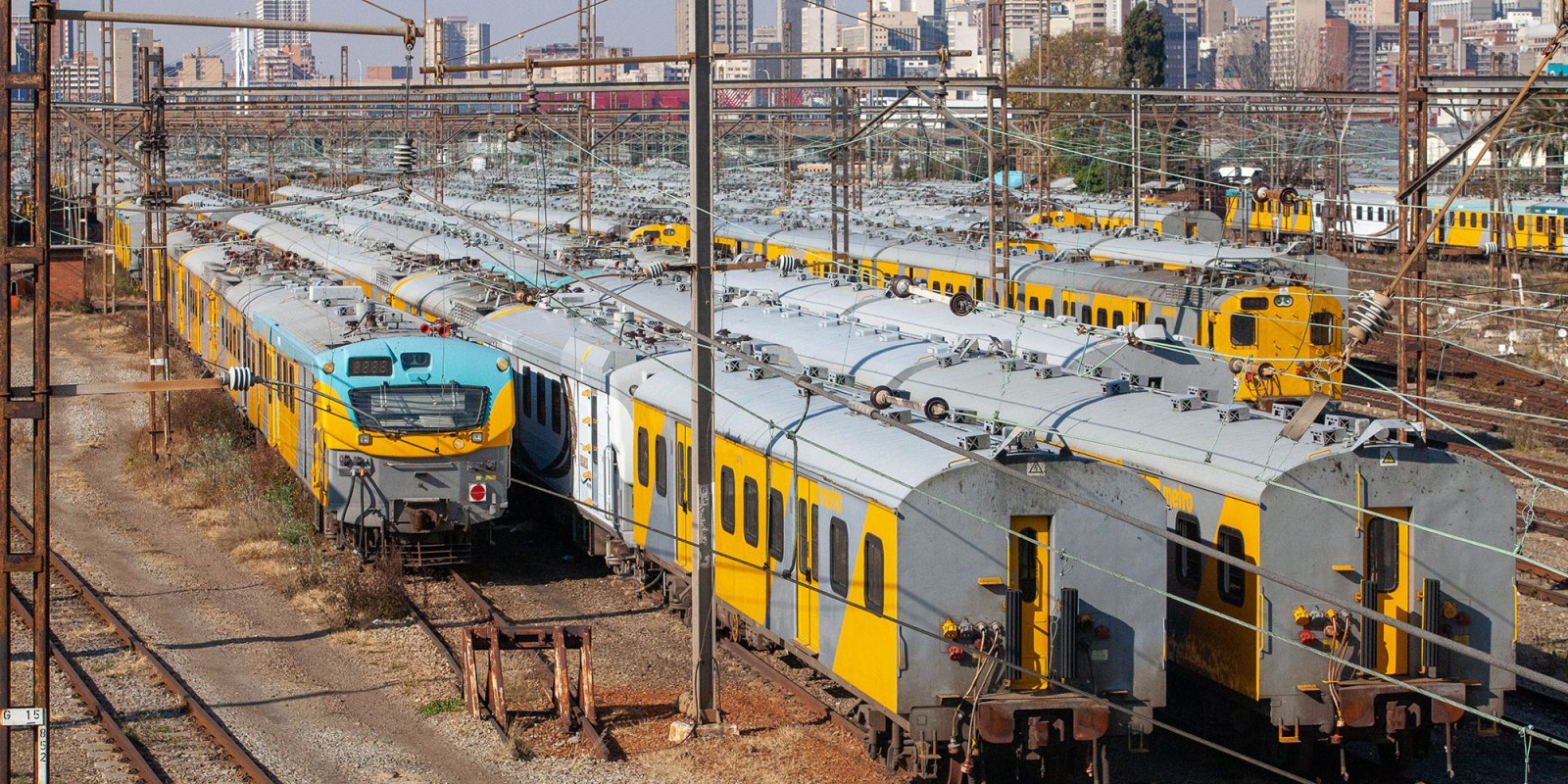 More than half of train cancellations and 13.6% of train delays are due to shortages of serviceable rolling stock, according to the agency’s most recent annual report. (Photo: Supplied)

Despite having the money for maintenance and repairs, the passenger rail agency has not awarded contracts for several years, leading to a precipitous decline in train availability.

As any disgruntled Metrorail commuter can vouch, rush-hour train delays and cancellations have spiralled in recent years. Passengers find themselves making hurried changes of plans to get to work – often at double the price of a train ticket.

The reason, we are told, is that train vandalism, arson and theft have put more and more coaches out of commission. Less known is that repairs have all but ceased. The Passenger Rail Agency of South Africa (Prasa) has failed to award maintenance contracts since 2019, despite advertising them twice – and despite having the money to do repairs.

More than half of the train cancellations and 13.6% of train delays are due to shortages of serviceable rolling stock, according to the agency’s most recent annual report. As a result, Prasa has steadily lost patronage over the last decade.

Across the nation, Prasa had only 110 “train sets” in operation at the end of March 2020. A year earlier Prasa reported having 167 train sets, and in 2014/15 there were 284 sets. A train set typically consists of a locomotive and 12 coaches, although in recent years half the train sets had fewer coaches. There is now a backlog of between 700 and 1,000 coaches needing repairs, according to an industry expert who spoke to amaBhungane.

The reason for the lack of repairs is not a shortage of money, as the agency repeatedly underspends on its capital budget.

In 2019/20, Prasa had budgeted capital expenditure of R10.2-billion – but spent a paltry R2.4-billion. The year before, it reported spending R3.7-billion against a R12.7-billion capital budget.

Prasa said in its 2018 annual report that the underspending of its capital budget was due to delays in supply chain management processes – and that “contracts under review, on hold, seeking condonement or cancellations also contributed to the underspending”.

Or as the 2019 annual report put it when explaining why there were only 110 train sets available: “Non-availability of mission-critical, maintenance-specific component and material floats as a result of no long-term refurbishing contracts for rotating machines, wheel sets and the supply of material.”

Speaking at a parliamentary committee meeting on 17 November 2020, acting chief executive Thandeka Mabija admitted that Prasa has struggled to implement its plans. The general overhaul of coaches had fallen to 99% below target due to a failure to award contracts. Prasa was obliged to terminate overhaul contracts in March 2019 on instruction of the National Treasury, which disallowed further “rollovers” of the five-year contracts.

A maintenance contract was deemed irregular, as former Prasa interim chair Khanyisile Kweyama explained to  Chris Barron of the Sunday Times in July 2019.

“There was a contract for maintenance of trains that was irregular since 2009 and nothing was done. We have stopped that and reissued so that we get professional people who will come and maintain the trains,” said Kweyama.

The contract had been rolled over from previous years without competitive bidding taking place.

The then Prasa chair Popo Molefe reportedly told Parliament’s Standing Committee on Public Accounts in 2016 that stopping irregular maintenance contracts would “paralyse the country and its economy” and that fresh procurement rounds would take about six months to conclude.

But, in 2019, Prasa stopped the contracts without new ones being in place.

Prasa’s supply chain management team is currently adjudicating bids for the new general overhaul tender and maintenance support contract which closed on 30 November 2020. How much longer this will take is not clear.

Meanwhile, Prasa has made ad hoc short-term arrangements with certain suppliers to do basic maintenance. Some 80 companies offer maintenance work in the rail sector, but Prasa has awarded the bulk of this work to only a few of them.

The delay in awarding contracts has left many Prasa contractors and subcontractors without work, resulting in widespread retrenchments and the closure of some businesses. Several service providers have faced liquidation after Prasa failed to pay them on time. In some cases, businesses are in arbitration with Prasa over non-payment.

The Transport Education Training Authority noted that the combined freight and passenger rail industries shed more than 37,000 jobs between 2019 and 2020.

“If contracts are not awarded, more company closures and retrenchments will follow,” an industry source told amaBhungane.