Calm before the storm? IMF study suggests unrest declined under Covid, but may still erupt 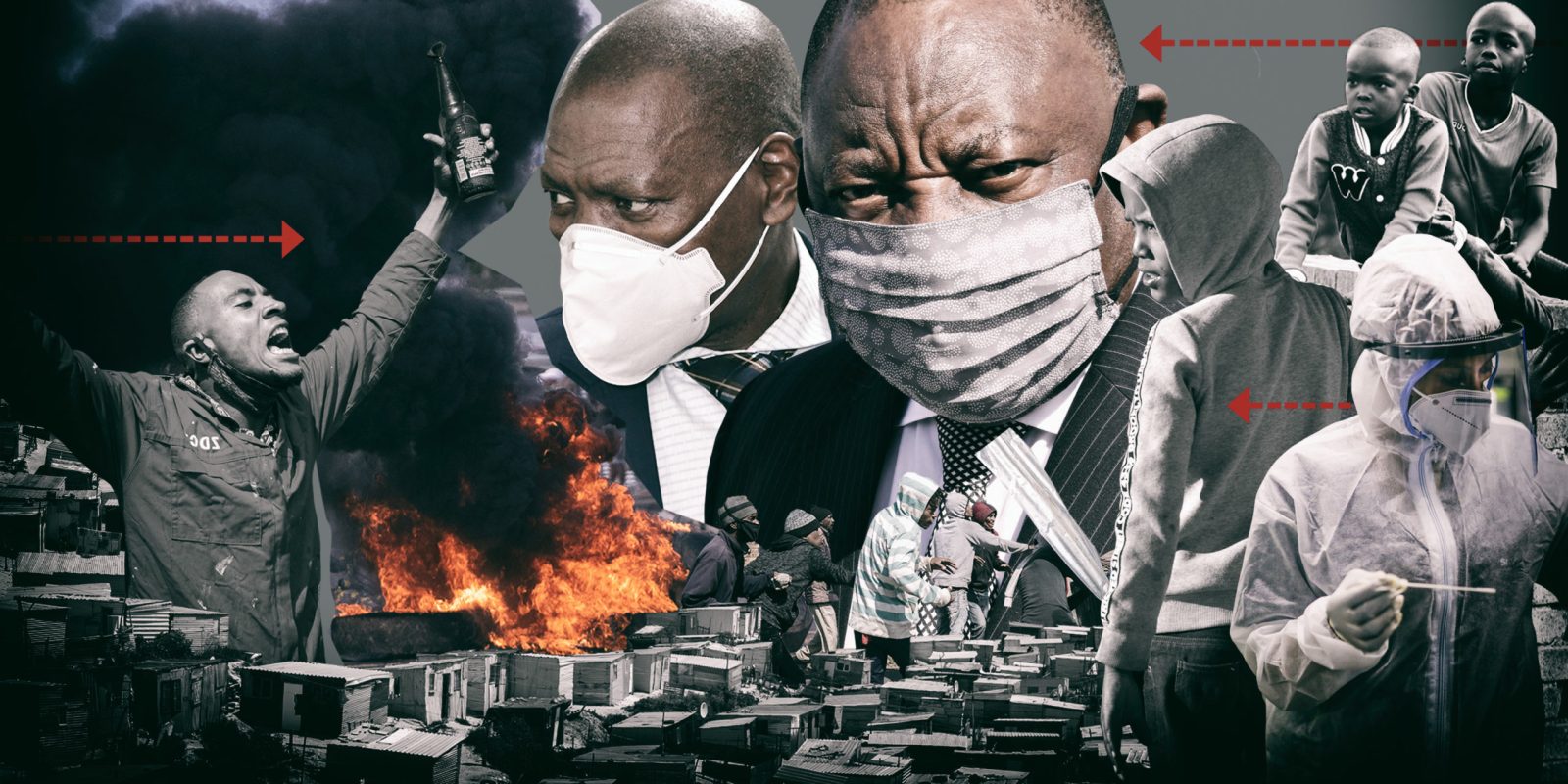 Since the start of the Covid-19 pandemic, the number of major social unrest episodes on a global scale decreased sharply, hitting a five-year low in March last year. A new study by the International Monetary Fund suggests this may be the calm before the storm.

The Covid-19 pandemic, the lockdowns to contain it, and the economic meltdown this has all caused have not yet triggered social unrest on a scale that such hardship would perhaps be expected to stir. Intriguingly, a new study by the International Monetary Fund (IMF) suggests this fits the historical pattern, and that the explosion may come in the pandemic’s aftermath. For South Africa, this is extremely concerning.

“During and immediately after a pandemic, the social scarring in the form of unrest may not show up quickly. Indeed, humanitarian crises likely impede the communication and transportation needed to organise major protests. Moreover, public opinion might favour cohesion and solidarity in times of duress. In some cases, incumbent regimes may also take advantage of an emergency to consolidate power and suppress dissent,” the IMF says.

“The Covid-19 experience is consistent with this historical pattern, so far. In fact, the number of major unrest events worldwide has fallen to its lowest level in almost five years. Notable exceptions include the United States and Lebanon, but even in these cases, the largest protests are related to issues that could potentially be exacerbated, but not directly caused by Covid-19.”

Lockdowns also engender lockdown protests while pandemics focus the energies of protesters elsewhere – except for the conspiracy-minded perhaps. But things can get very ugly in the wake of events like a pandemic. Much of the study is based on newly constructed data on social unrest events compiled from the Reported Social Unrest Index (RSUI). New indices are clearly a growth industry. 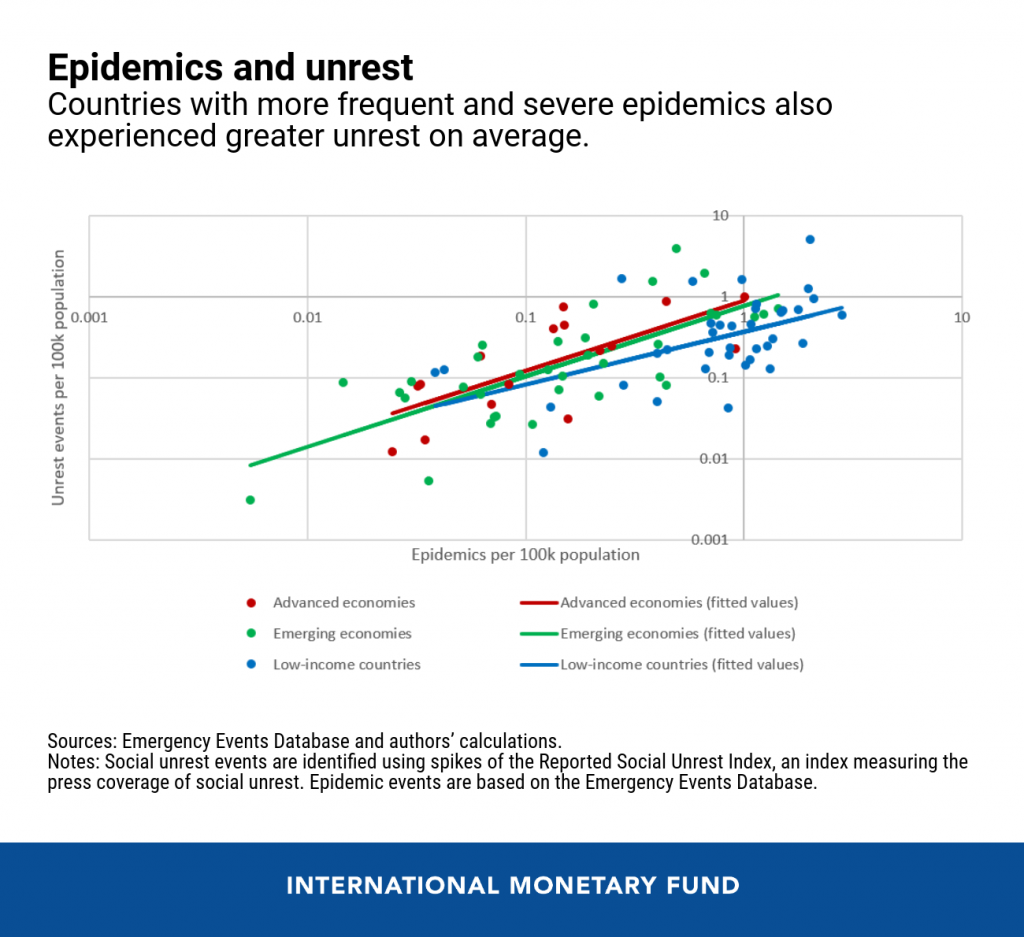 “Looking beyond the immediate aftermath, the risk of social unrest spikes in the longer term. Over time, the risk of riots and anti-government demonstrations rises. Furthermore, the study finds evidence of heightened risk of a major government crisis – an event that threatens to bring down the government and that typically occurs in the two years following a severe epidemic,” the IMF says.

And for a South African audience, there is this sobering observation:

“If history is a predictor, unrest may reemerge as the pandemic eases. The threats may be bigger where the crisis exposes or exacerbates pre-existing problems such as a lack of trust in institutions, poor governance, poverty, or inequality.”

Is there a lack of trust in institutions in South Africa? Talk about an understatement. South Africa also suffers from poor governance. And poverty and inequality?

The study concludes by saying that “It is reasonable to expect that, as the pandemic fades, unrest may reemerge in locations where it previously existed, not because of the Covid-19 crisis per se, but simply because underlying social and political issues have not been tackled.”

That sounds depressingly like the ANC, which keeps kicking volatile cans down the road. Stay tuned folks. The storm that is bearing down on us may well be cyclone level. DM/BM