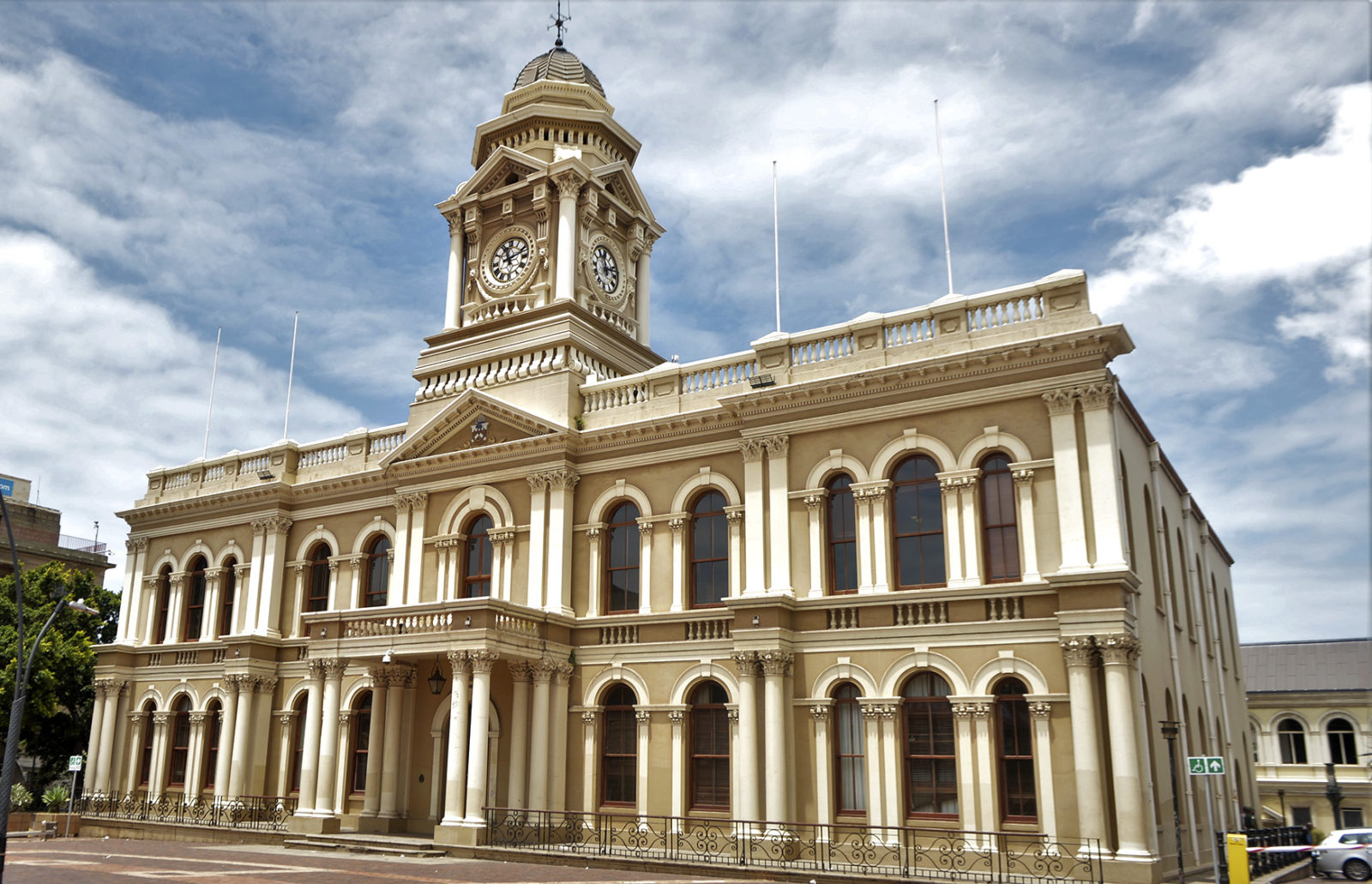 Port Elizabeth City Hall is currently the scene of a bribery investigation after a criminal charge was laid against a member of the Patriotic Alliance for attempting to bribe a city councillor not to vote for current Nelson Mandela Bay mayor Nqaba Bhanga. (Photo: Deon Ferreira)

A charge of bribery has been laid against a Patriotic Alliance member after the Democratic Alliance claims it found proof that there were attempts to bribe councillors not to vote for Nqaba Bhanga as the Nelson Mandela Bay executive mayor.

The Eastern Cape chairperson of the Democratic Alliance, Andrew Whitfield, has laid criminal charges against a former DA councillor, now a member of the Patriotic Alliance, Neville Higgins, claiming that Higgins had offered bribes to sitting councillors last week to ensure that Nqaba Bhanga did not get voted in as executive mayor of Nelson Mandela Bay on January 27.

“In a desperate effort to win back power, the ANC and Patriotic Alliance (PA) showed how morally bankrupt they are by nominating and supporting an EFF mayoral candidate to run the affairs of the city,” Whitfield said.

“Any attempt to bribe a public representative is illegal and a direct threat to our democratic system. That is why today I will be laying criminal charges in terms of the Prevention of Corrupt Activities Act against Mr Neville Higgins, who allegedly tried to bribe DA councillors. I will also write to head of the Hawks, General Godfrey Lebeya, to bring this matter to his personal attention.”

“Most of these acting administrators were either not qualified to act in the position, or were too inexperienced.”

The National Treasury also withheld R1.4-billion in conditional grant funding because the municipality did not have an executive mayor or a permanent municipal manager.

A coalition government consisting of the Democratic Alliance, the ACDP, the United Democratic Movement, the African Independent Congress, the United Front and COPE took control of the city late last year. Bhanga was elected as mayor in a chaotic election that was preceded by what appeared to be a mysterious but forcible removal of the speaker from the council chamber.

The MEC for Cooperative Governance and Traditional Affairs, Xolile Nqatha, then turned to the courts to have the election of Bhanga as mayor set aside. After an out-of-court settlement was reached, a new election was scheduled for 27 January.

Whitfield laid the charges against Higgins at the Walmer Police Station. He added that Patriotic Alliance leader Gayton McKenzie’s name was mentioned in messages that Higgins allegedly sent. He also wanted any possible links with controversial former ANC councillor Andile Lungisa included in the investigation.

He said in the messages they have in their possession that were allegedly sent by Higgins, phrases like “name your price” and “meet you anywhere” were used.

Higgins said he will sue Whitfield for defamation.

The former Democratic Alliance member was removed from the party after he voted with the opposition in 2018 in a motion that resulted in the removal of former Nelson Mandela Bay mayor Athol Trollip.

He then joined the Patriotic Alliance.

“All my life I [have been] fighting for the upliftment of our previous disadvantaged communities, especially in the Northern Areas. I continue to make a case on behalf of those communities. I lobby all those who are in positions of power in all the decisions that they make,” said Higgins.

He said he had merely lobbied councillors from all the parties in the metro to “support the cause of development and the uplifting of those communities”.

“It is very mischievous for the Democratic Alliance to call that bribery. I will never engage in any illegal activities, but I will continue to lobby for support for the Northern Areas,” he said.

McKenzie said he did not know Higgins and had never met him.

Lungisa, who is no longer a councillor and is on parole after being imprisoned for assaulting fellow councillor Rayno Kayser with a water jug during a council meeting, said he was present at the meeting on 27 January where Bhanga was elected as mayor.

“I greeted Bhanga, I greeted Rayno Kayser. They all saw me. I attend all the city council meetings,” he said. He said he had nothing to do with any attempts to bribe councillors.

He said he will approach his legal team to force Whitfield to apologise and if no apology is forthcoming he will lay a charge of perjury against him. DM/MC