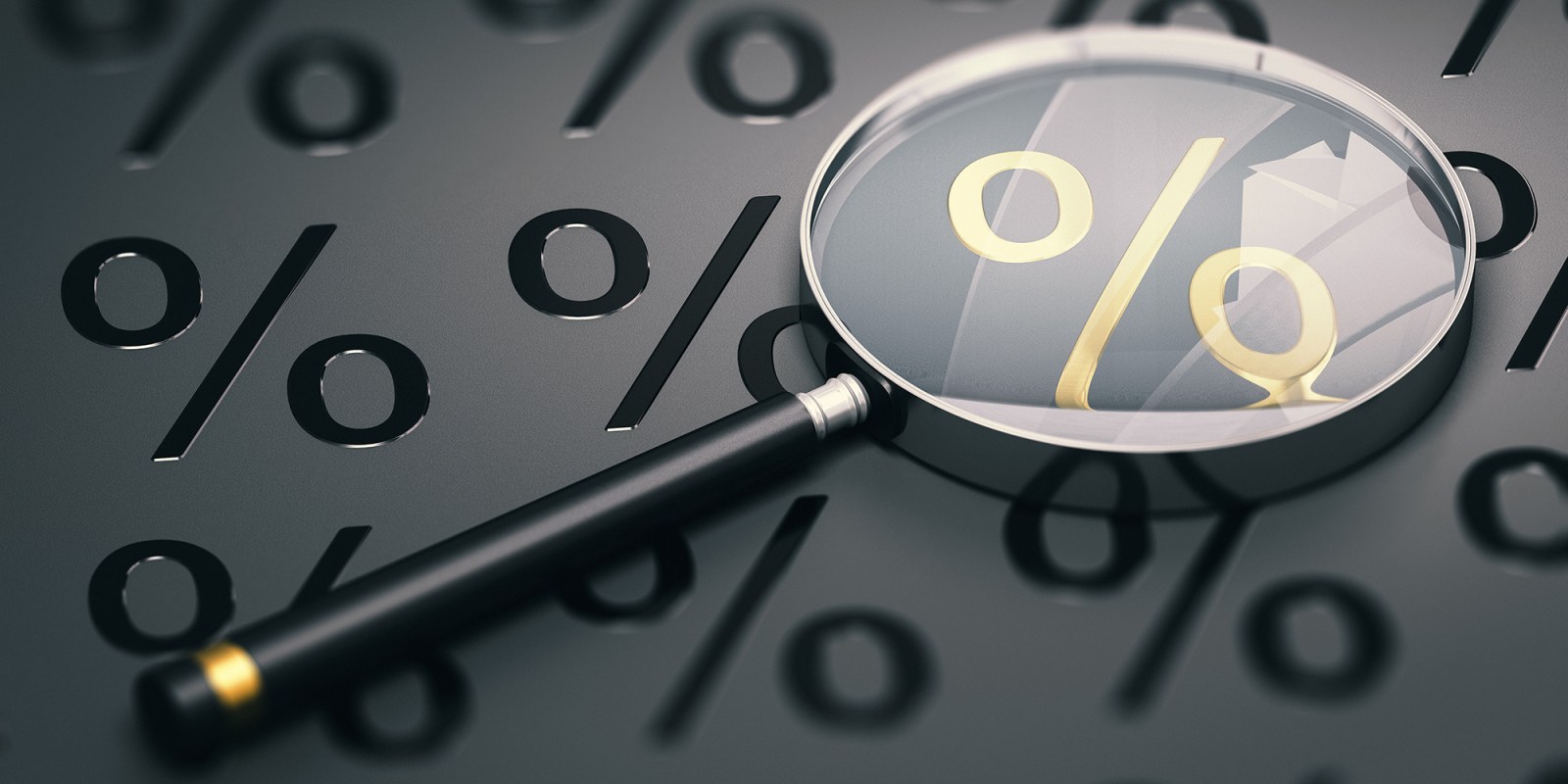 Indebted South Africans would have been relieved by the recent decision of the Reserve Bank’s monetary policy committee (MPC) to keep its official bank rate (the repo rate) unchanged. At 7%, the prime overdraft rate is also unchanged and remains at its lowest level in 50 years.

South Africa is still marginally out of kilter with most of its major trading partners and some emerging market peers, with a positive real bank rate of 0.3%.

The world is experiencing record-low interest rates, with central bank rates in several of the largest economies either close to zero or negative. A survey of 18 of the world’s most influential emerging markets and post-industrial economies reveals an average negative real central bank rate of 0.1% (South Africa has the sixth-highest rate among this group).

London’s Interbank Offered Rate (Libor) for euros and yen is also marginally negative, while it is only just above zero for dollars and pound sterling (0.13 and 0.04, respectively).

Despite the so-called “Libor scandal” that erupted shortly after the 2008/09 global financial crisis, it remains the most widely used benchmark or reference rate for short-term interest rates (Libor is the average interest rate at which leading banks borrow funds of a sizeable amount from other banks in the London market).

The lowering of the cost of credit by 30% (as measured against the prime rate) during the first half of 2020 has provided indebted households with substantial relief in the form of lower repayments on their mortgage loans and other forms of debt, while also acting as an incentive for investment in working capital.

A measure of vigilance over future forays into credit extension remains, as the MPC has followed a hawkish stance towards monetary policy ever since the retirement of the previous governor of the Reserve Bank, Gill Marcus. The Covid-19 pandemic brought an abrupt change to the high interest rate environment between 2015 and 2020.

Prospective borrowers will be encouraged, however, by the split of the vote during the January MPC meeting on the repo rate, as two of the five members were in favour of a reduction of 25 basis points.

This would have reduced the real repo rate to virtually zero. Herein lies an encouraging message for prospective borrowers (and, as an inference, for the expansion of much-needed demand), namely the strong likelihood of the status quo for the repo rate being maintained well into next year.

Further encouragement for a credit-led boost to the ongoing economic recovery is the fact that inflation seems to be under control, with the December consumer price index just above the bottom of the Reserve Bank’s inflation target range of 3% to 6%.

Price stability has more or less been achieved in South Africa, but the labour market has been dealt a severe blow during the lockdown periods.

The threat to sociopolitical stability is clear and employment creation should be afforded the highest priority in all spheres of policymaking, even if this means declaring a temporary moratorium on some of the ANC’s ideological objectives.

Hopefully, the MPC would have taken note of recent comments by Janet Yellen, newly appointed US treasury secretary and previous chair of the Federal Reserve, who hinted at the need for interest rates in the US to remain low.

Her sentiments were echoed by Jerome Powell, the current head of the US central bank, who has confirmed the fairly obvious priority that should be placed on stabilising the US labour market. Employment creation on a meaningful scale is the fastest way to broaden the tax base and avert a full-blown fiscal crisis. Low interest rates will certainly play their part in this quest. BM/DM

Dr Roelof Botha is economic adviser to the Optimum Group.