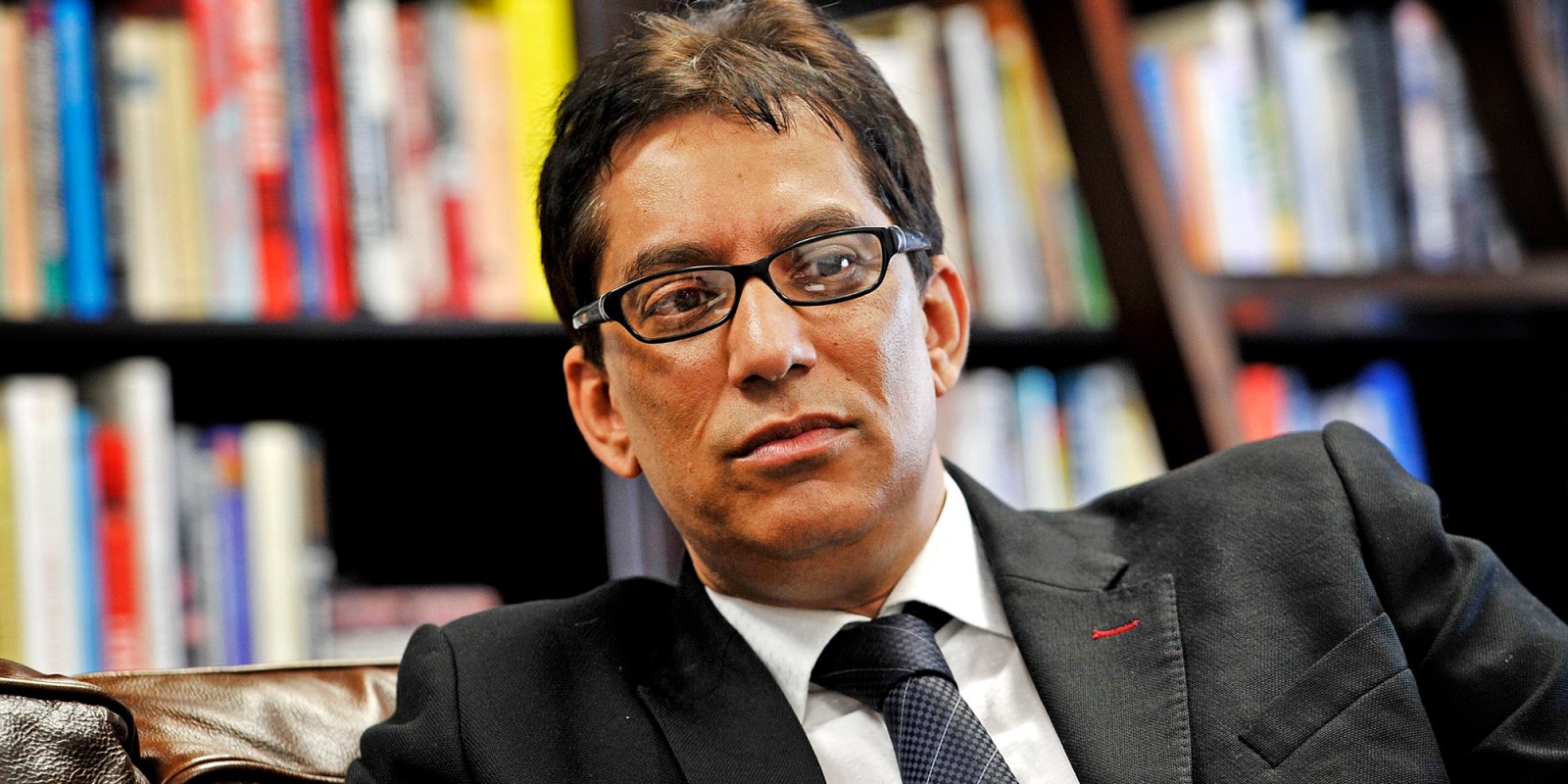 Changing the narrative is a key feature of African News Agency’s branding, but testimony at the State Capture inquiry has raised questions about what narrative the newswire aimed to change. They’re not the only questions around Iqbal Survé’s six-year-old newswire.

“When we talk about changing the narrative, here is how we do it,” said African News Agency (ANA) CEO Vasantha Angamuthu while describing the newswire at an international summit in November 2020.

Years before her appointment, ANA was launched in March 2015 after Dr Iqbal Survé’s Sekunjalo Investment Holdings acquired the defunct South African Press Association (Sapa), the country’s only independent national newswire, that was launched in 1936.

ANA has touted itself as an African news service that provides nuanced content from across the continent countering one-dimensional narratives imposed by outsiders. It describes itself as “Africa’s first syndicated, multimedia news and content distribution service”.

“What is new is that we are saying: news, information and data about Africa for Africans and the world. Nuanced and authentic news and information. Our mission is to be the go-to source for anything to do with Africa, ahead of all the competitors,” ANA president Arthur Mutambara told Business Report, part of Sekunjalo’s Independent Media, in 2017.

Testimony at the State Capture commission, however, has raised questions about which narratives the newswire has aimed to change.

Testifying about the High-Level Review Panel on the State Security Agency (SSA), Dr Sydney Mufamadi said he received evidence that the SSA aimed to infiltrate the media to counter negative press on South Africa, former president Jacob Zuma and the SSA itself.

Mufamadi, who chaired the review panel, said he heard claims that a project was launched by the SSA in 2015/16 with a R24-million budget, R20-million of which was allegedly paid to ANA “apparently for services rendered for eight months”.

Survé, who is ANA’s chairperson, and Angamuthu did not respond to a Daily Maverick request for comment. Survé is often accused of using his media companies to benefit his own interests, but no evidence has been presented on whether the SSA’s alleged plot was implemented.

ANA, however, has been linked to other controversies.

Its leaders have continued to tout its noble ambitions throughout its six-year history but the little attention it has drawn in South Africa relates to staff cutbacks and its role in Survé’s questionable corporate dealings.

The questions go back to its foundation.

Pan-African Business Forum chairperson Ladislas Agbesi spoke widely on the launch of ANA, and Business Report stated that he and Survé were among those behind its formation who had raised an initial investment of $20-million from African investors.

In 2018, while Agbesi was part of a group that wanted to buy a stake in VBS Mutual Bank, Survé told City Press Agbesi was not and had never been a co-founder, board member, shareholder or investor in ANA, but had been invited to serve as an “honorary chairman”.

In the 2017 Business Report interview, then CEO Grant Fredericks, speaking alongside Mutambara, made the astonishing claim that Sekunjalo acquired Sapa’s assets for under R500,000 and had repositioned ANA “in such a way that we have attracted investment which revalues ANA at $1.1-billion”.

While Sekunjalo owned the majority stake in ANA, the China Africa Fund took a 5% stake for R357-million, according to amaBhungane, meaning the news agency was valued at an incredible R7.14-billion.

ANA was eventually incorporated into Survé’s Sagarmatha Technologies, which in 2018 was prevented from listing on the JSE at the last minute. Sagarmatha’s financial statements listed ANA’s 2018 sales at R60.9-million and operating losses at R19.9-million.

Survé was reported to have taken a 95.9% stake in Sagarmatha when it issued 839 new shares in exchange for a 20% share in ANA, a transaction that valued ANA at R2.7-billion, significantly adding to the valuation of Sagarmatha before its proposed public listing.

In October 2019, the Financial Sector Conduct Authority (FSCA) raided Survé’s offices in a move that appeared to be linked to Sekunjalo’s transactions with AYO Technology Solutions.

In 2017, ANA announced plans to sue Times Media Group and its journalists Ann Crotty and Ray Hartley for R500-million after Financial Mail published a feature questioning whether Survé was stripping Independent of its profitable units to shareholders’ detriment. It’s unclear whether ANA followed through with the threat.

In September 2019, ANA issued Section 189 notices to some of its around 25 staff. Fredericks, who left the company shortly afterwards, announced that declining revenue and increasing costs had led the company to move its resources away from South Africa and towards the rest of the continent where it was more profitable.

The Citizen and eNCA had both recently decided not to renew their subscriptions to the newswire, leaving it heavily reliant in South Africa on Independent Media titles, which still regularly feature ANA content.

Staff at ANA and Independent Media reportedly took another blow during the Covid-19 pandemic when they were warned that the companies planned to implement pay cuts.

ANA leaders have emphasised their syndication deals with media outlets across the continent and according to Business Report, as of January 2020, there were 42 members in its “Africa Partner Network”, reaching more than 68 million media consumers.

It’s unclear, however, which publications, in South Africa or abroad, continue to feature its content outside of Independent Media titles. DM