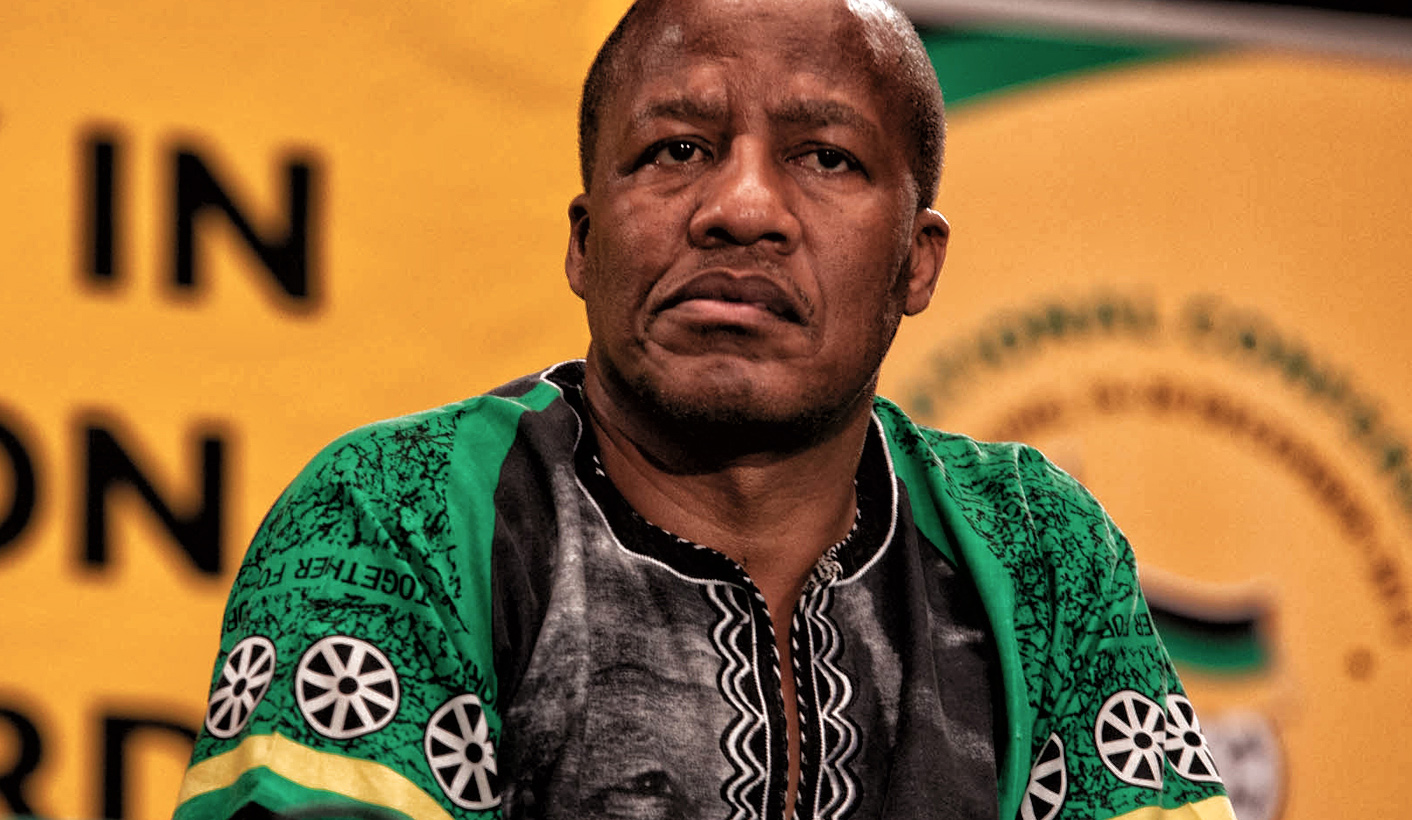 I am devastated by his untimely and early demise; a comrade a good 20 years younger than me.

I first met Jackson Mthembu at ANC headquarters in 1990, and thought he was a visiting American boxing celebrity paying his respects.

His size and bearing conveyed that impression, and especially that gentle and calm bearing of the assured pugilist, confident and easy in his own skin, which was a hallmark of the man.

It was Mathews Phosa who broke the spell, and introduced us, confiding in me that Jackson was not simply the public UDF leader of repute, but one of the ANC underground members we had run from Mozambique. That clinched our relationship, which warmed over the next few years, as we worked together creating the public structures of the ANC. I headed the campaigns committee of the ANC’s organising department at national level, and he was the representative of the then Eastern Transvaal.

He was always quiet and attentive in committee meetings, as though listening to the coach in his corner of the boxing ring, his head nodding in assent, and making his own contribution in words, and then in the deeds of implementation of our plans on the ground. I grew to respect his intellect and his devotion to the organisational tasks, which were impressive.

It was some 20 years later, when he was national spokesperson of the ANC, and I had become a vocal public critic, that he chided me. It was after the Marikana massacre, in the run-up to the local elections, when I told people not to vote for the ANC, in order to shake them up and not take their support for granted. Jackson publicly accused me of seeking to draw attention to myself. There were some ANC Cabinet ministers who were far more severe, and accused me of being a traitor. Since I had no respect for them and their arrogance, I didn’t bother to respond, but I called on Jackson to complain, in that he had attacked me personally, and not politically.

In his characteristic calm manner, and his gentlemanly demeanour, he conceded that I had a point, and then quietly lectured me for half an hour to the effect that a veteran like me should be posing my criticism within the organisation and not without. I did not rejoin the ANC then, but we buried the hatchet because of shared views that the corrupt and unprincipled in the organisation had to be defeated if it was to be saved.

I am devastated by his untimely and early demise; a comrade a good 20 years younger than me. I have become used to expressing words of tribute and condolences about those older than me who have passed on; but it is so much worse to watch the untimely demise of those far younger than oneself.

It goes without saying that Jackson Mthembu was incredibly courageous and dedicated, having been tortured and detained during the apartheid years without ever being deflected from his commitment, or informing on others. He served the ANC and government to the best of his considerable ability in many ways, and was loyal to the end. There are many such as him, and those are impressive qualities which we time and again extol for sure.

What added to the remarkable nature of the man were the gentility, modesty, kindness and decency that epitomised his unspoiled nature. Those are the qualities of the true revolutionary. He never sought any personal benefits, neither fame nor fortune, except the privilege of serving the South African people. He was honest, principled, self-effacing, devoted, and approachable to the end. He set a shining example of caring for others, and never sought favours or accolades, a human decency that all should seek to emulate.

Like the towering boxer I once took him for, he has fought his fight, cut down before he could complete the regulation 15 rounds, smitten by this devilish disease, but like a Muhammad Ali or a Joe Louis, will be remembered with abiding love. He will continue to inspire our people and future generations, for we must continue to celebrate his life – a life of integrity and courage.