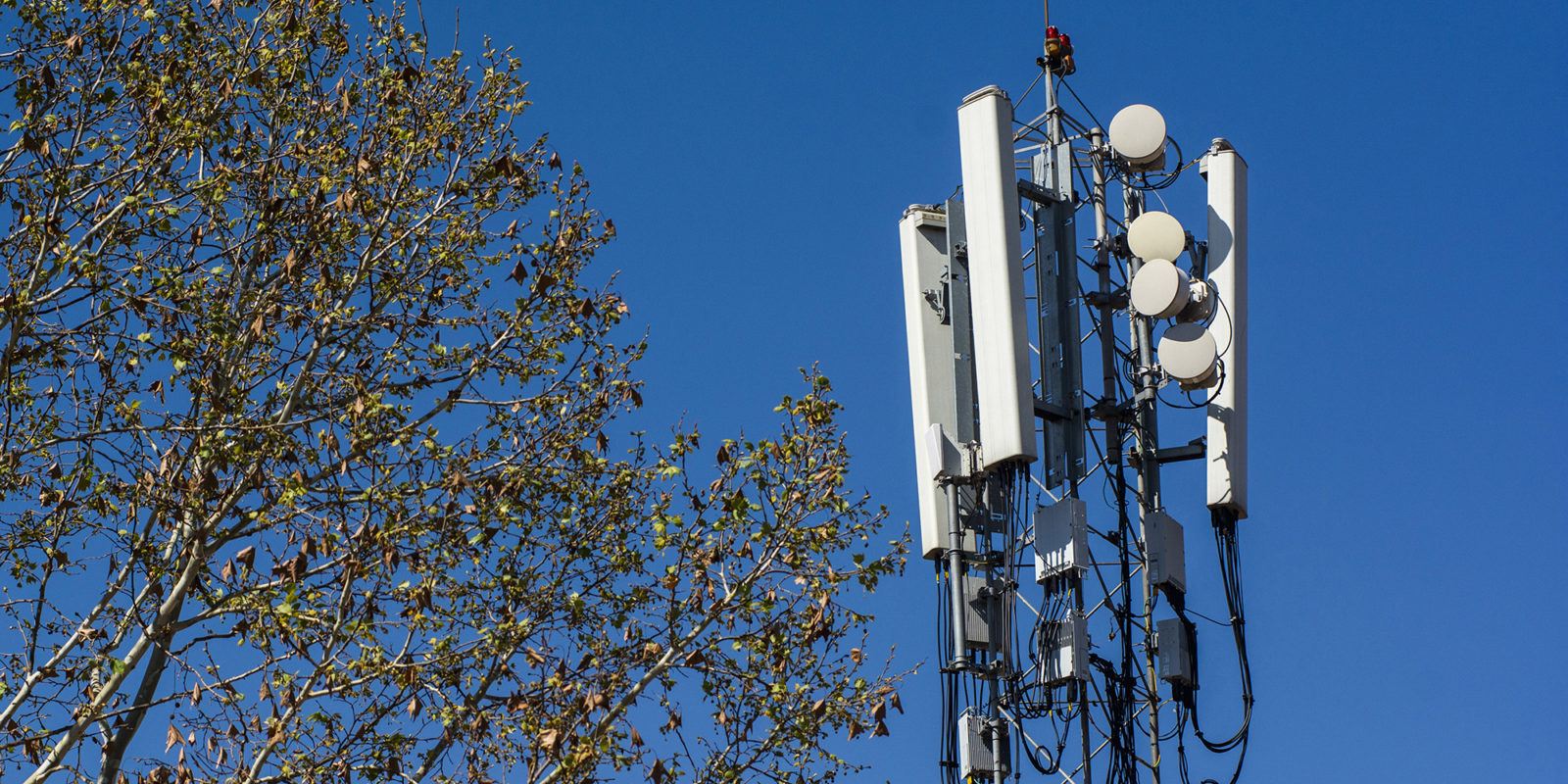 The growing spread of disinformation surrounding alleged links between Covid-19 and the rollout of the 5G in South Africa is becoming a persistent headache for government and cellular network providers, particularly in KwaZulu-Natal.

The KwaZulu-Natal government is on a drive to tackle misinformation and hysteria amongst some citizens – those who are adamant that coronavirus vaccines will “infect” their blood with “demons” and herald the apocalypse, and those that believe 5G towers are spreading the virus while trying to assure non-sceptics that the province is “planning ahead” for the arrival of a vaccine.

Premier Sihle Zikalala described the vaccine as a “silver lining” on Sunday, adding that plans were in place “to ensure we roll out the vaccines faster when they become available”.

“Our starting point is education and awareness, and debunking the myths that unfortunately surround the vaccine because, for us, this will be an all-important race to save lives.”

Zikalala said the province was increasing testing and screening abilities and “working on vaccine sites in all districts” to ensure readiness.

The province’s coronavirus command council would “present the full plan in a few days,” he said.

According to the premier, the province recorded 29,147 new infections in the last seven days, with infection rates increasing in eThekwini, Umgungundlovu, Uthukela, Amajuba, Zululand, Umkhanyakude and Umzinyathi.

Last week, Zikalala and KZN health MEC Nomagugu Simelane-Zulu were on a drive to thwart the misinformation spoken of earlier – which could have deadly results in a province currently in first place for the number of active infections and second to Gauteng for the number of laboratory confirmed cases.

Despite the increasing number of infections, and the fact that several prominent members of society and politicians have died Covid-related deaths, a seemingly small part of the provincial population still remains sceptical of the motivations, at least, behind a vaccine, and continues to question the effect 5G could have on their health.

Daily Maverick spoke to several eThekwini residents on Sunday and Monday, asking them to expand on their vaccination views, and of the conspiracy theory that 5G is responsible for the virus.

This is in the wake of a webinar hosted by Zikalala on Friday, during which several experts – including a virologist – tried to dispel the misinformation about the virus and 5G, and a webinar by Simelane-Zulu, also last week, to dispel myths and rumours about a vaccine.

Former ANC branch member, 38-year-old Luyanda Ntshangase, told Daily Maverick: “Even though I can’t prove it, I do believe that there is a correlation between the Covid-19 and 5G. I’m saying that because the upgrades in these networks have always had an impact on people’s health.

“That’s where the government needs to really check and find out how its waves affect people since it’s so powerful and if it does have an adverse impact then how do we find a way to co-exist because it looks like 5G is here to stay. It will be used by all these industries because of its efficiency and speed,” he said.

As for the vaccine: “Right now we’re dealing with rumours that are becoming believable because there is no clear communication from the government aside from saying these are rumours,” said Ntshangase.

Banking sector employee Ndumiso Magubane (26) said he had no reason to refuse the vaccine as he had used traditional medicine in the past, which “didn’t go [through] any lab”.

“I don’t mean to underestimate traditional medicine, but the Covid-19 vaccine has been tested for a long time, like every flu vaccine; it takes time to make, test and give it to the public. So the vaccine has been tried and tested in the labs by qualified scientists.

“They didn’t just take it and give it to South Africa. Other powerful countries have bought it too so I don’t see why I wouldn’t take it… In fact, I would be the second person to take it because Julius Malema said he would be the first to take it.”

During his Sunday briefing, Zikalala said citizens were “over-relying” on “homemade” medicine to treat their infections, and were thus coming to health care facilities in the late stages of illness. There had been the use of “steaming and traditional approaches” to beat the virus, he said, which had a place, but were not adequate.

As for the conspiracy surrounding 5G and the virus, Magubane told Daily Maverick this was laughable, as there was “not even one” verifiable piece of evidence to add value to the rumours.

“I have never heard an IT expert or any scientist raising his opinion in favour of [the 5G conspiracy]. People who link coronavirus to 5G are people who don’t have qualifications in medicine or Information Technology so I treat it as just hearsay.”

On Friday afternoon, Zikalala toured sites in the eThekwini area (including a school) where towers had been vandalised thanks to social media messages about the “link” between 5G and Covid-19. That same night, he hosted the webinar to try and dispel the myths.

Prior to this, Simelane-Zulu hosted her own webinar, in which she tried to dispel myths that various vaccines would be used to “possess” citizens with demons and usher in the proverbial end times spoken of in most religions.

The MEC said that because so little was known about Covid-19, “people had become vulnerable to narratives, which is extremely dangerous”.

“In the absence of authoritative, clear information, false information always finds its way to the top,” said Simelane-Zulu.

It is, of course, the government that should be providing that clear, transparent and authoritative information on its vaccine strategy, something South Africans are yet to experience.

33-year-old Ntombifuthi Malinga, a street vendor, told Daily Maverick she had not yet decided if she would take the vaccine.

“I heard that some people have died in other countries after taking the vaccine and I heard that it has a chip that will track our movements.

“The other thing is that it is manufactured by people who are either 666 (the so-called mark of the beast, as expounded on in Revelation, the last book of the Christian bible) or have close relations with those people.

“So there are many, many stories, so I’m not sure. If it were to come tomorrow I wouldn’t take it, I would wait to see how it affects those people that have taken it.”

Malinga said she had heard that “the waves used for 5G are so strong that they affect human health. Yes, there is not scientific proof as yet, but remember that there is always information that gets hidden from the public.”

Call centre operator Cecilia Hlangu (44) told Daily Maverick it was “a good idea” to be vaccinated, but she needed more information because “so far I’ve seen videos and voice notes that there are some people that are dead already because of it”.

“I don’t know whether it’s just allegations that are unfounded or if it’s true, but for me, if they do have a vaccine I will take it. I wouldn’t mind taking it because there have been vaccines before, I have taken vaccines before … If there is anything wrong, then that’s just tough.”

Hlangu also said she had heard the rumours about 5G and the virus. “What I heard is that 5G waves have something to do with heart attacks and the thinning of blood going through to the heart. Others think 5G has something to do with it but they tell different stories so I don’t believe there is any relationship between the two.”

According to 41-year-old sangoma, Nompumelelo Nzama: “At the back of my mind, I believe coronavirus was made to control world wars, which in our spiritual eye we receive this as a bad energy.

“Also, it could be that the first initial [outbreak] was to send corona to Africa so we can be reduced since most countries want what we have, hence they have been using countries like Nigeria, Ethiopia etc to make sure there is always war, feed them with guns and other explosives in order to have control over their resources.

“As for the vaccine, I think in future if you did not take a vaccine you might be prohibited to travel around as being a risk to others, so we might end up taking it. We pray to our guide to protect us against any harm, believing and trusting that they have the power to do that.

“But then again, we grew up being vaccinated … [the vaccine may have a] bad effect first — obviously we will lose some lives — while they try to perfect it.”

Nzama said she did not think there was a link between the virus and 5G, which was just “an advancement of technology”, but she believed there might be a health risk for persons living close to cellular towers.

48-year-old history teacher, Ndileka Ngwane, told Daily Maverick she had heard “many” people say they would not take the vaccine but likened the rumours to those spread during the emergence of the HIV/Aids pandemic.

Ngwane was adamant she would get vaccinated.

“If there’s a new disease then there will be misconceptions around it that people will spread. We know vaccines, they have always been around — we were vaccinated for polio and flu.

“As for me, I will take this. I am waiting for it and I will take it. There are many people with an understanding like mine that will take it but most people who don’t have knowledge depend on the information they get from anyone and take it without making sense of it or looking deep at it.”

She said that until she saw credible proof, she would dismiss any connection between the virus and 5G. DM – Additional reporting by Lwazi Hlangu