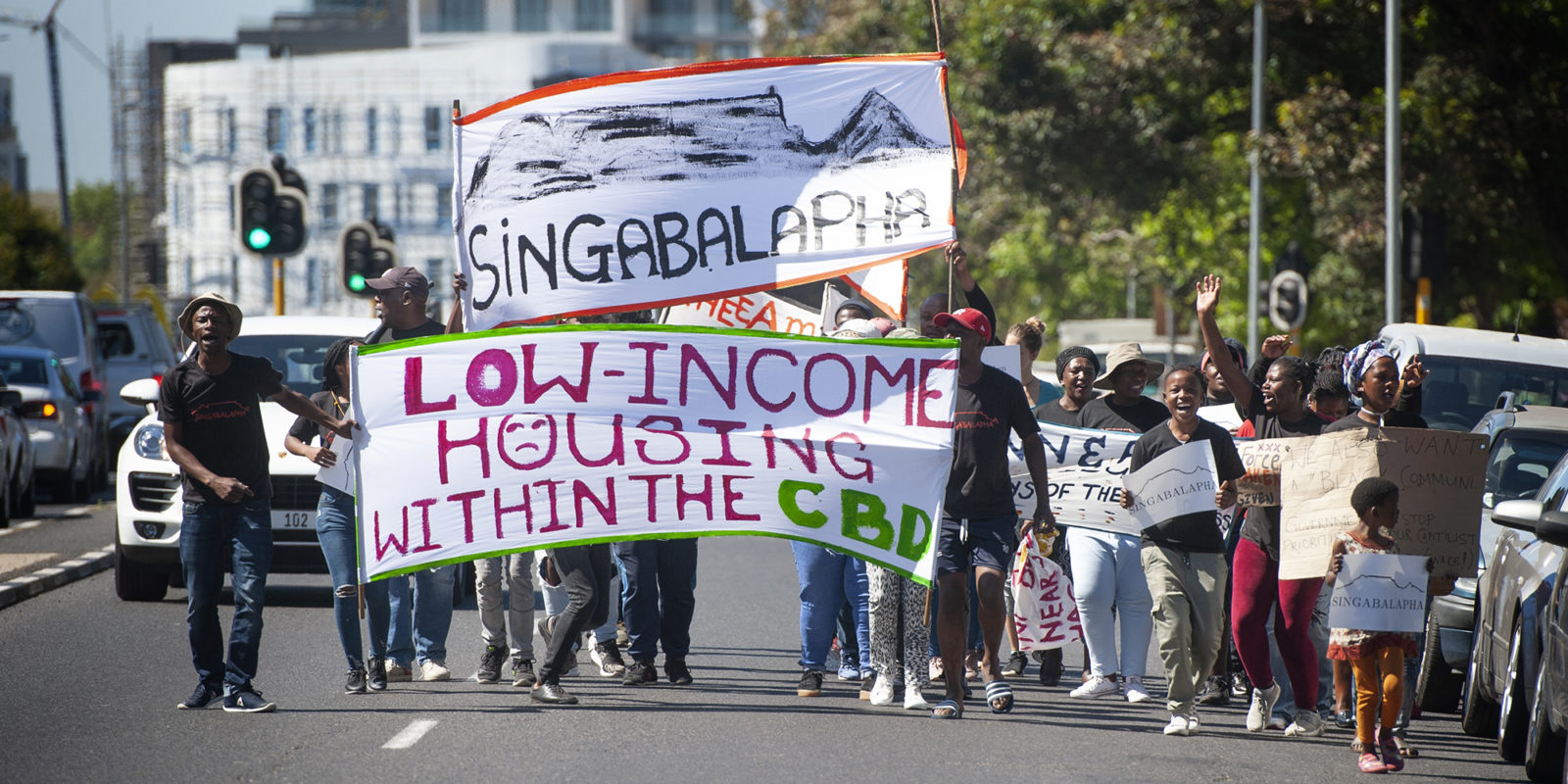 Cape Town residents are hoping that 2021 is the year that the City of Cape Town provides affordable housing for the poor and adequate facilities for the homeless.

“What’s recently happened with the fires in Site C [in Khayelitsha] and in Masiphumelele just shows us that the city needs to start thinking of long-term solutions to address informal settlements, [because] they already know how many informal settlements are in Cape Town,” said Housing Assembly’s Stephen Maciko.

Maciko told Daily Maverick that, “The city should be working with us and other community activists so that we can help find solutions to addressing the issues faced by shack dwellers and land occupiers.”

Barbara Vuza, who was evicted from Arcadia Place in Observatory and is now living in a tent outside the demolished building, said that the city needed to prioritise giving people affordable housing in the CBD instead of selling it to developers.

Jared Sacks, a social justice activist, said: “The city spends too much on high-flying expensive lawyers as well as enforcing its agenda through the securitisation of the development process.

“Instead of directing money towards basic services like electricity, sanitation and permanent housing, they use hundreds of millions to pay lawyers to, among other things, fight activists holding the city to account for not providing these services. They also spend hundreds of millions on a huge law enforcement agenda to remove street-based people from their makeshift homes or shack dwellers from their homes.”

Sacks said this money should be used to provide much-needed housing and services so that people don’t have to live on the streets or occupy land.

When people were instructed to stay home during lockdown in 2020, homeless people were removed from the streets and placed in temporary shelters like the one in Strandfontein.

According to a report on the cost of homelessness in Cape Town, in 2019 homelessness cost Cape Town residents R740-million. Findings show that reactive measures accounted for 45% of the cost at R335.3-million. Of that amount, close to R287-million went towards criminal justice costs.

The report also found that only 16% – R121-million – of the R740-million was used to find long-term solutions such as shelters for homeless people.

The City of Cape Town came under fire for the living conditions at the Strandfontein relocation camp. The South African Human Rights Commission released a report describing the conditions at Strandfontein as a “gross violation of national and international human rights”.

Lesley Wagenaar, a Sea Point resident, who, with her husband Peter, has been feeding homeless people in the area since lockdown, said there was a huge need for alternative housing.

“Speaking to the homeless people you start to understand the surrounding problems facing homeless people. They need appropriate housing and other facilities like rehabilitation,” Wagenaar told Daily Maverick.

At a City of Cape Town event commemorating World Homeless Day last year, Zahid Badroodien, Mayco Member for Community Services and Health, said that the city had realised that a more holistic approach must be taken to address the needs of homeless people.

“To look at the factors that have caused them to become homeless, the ecosystem that they find themselves in, but more importantly to pull all of the critical roleplayers together, from province to city to NGOs to businesses, so that together we can amplify the services that are available for our homeless community and to remove this misconception that the City of Cape Town and any local government is responsible for the care of our homeless community, because it’s not, it’s managed by the provincial government – all provincial governments – through the Constitution.” DM