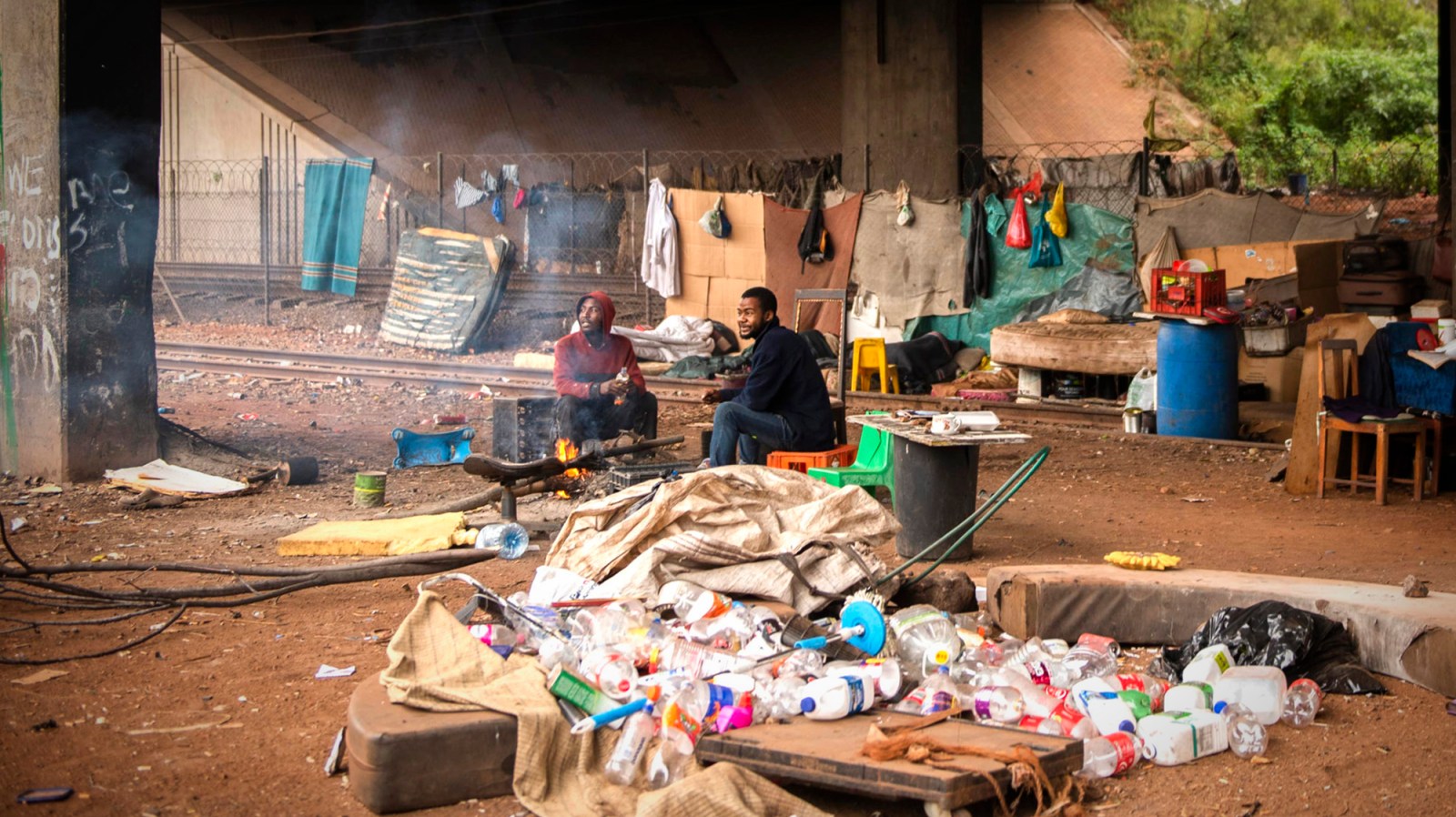 ‘I would guesstimate that about 10,000 homeless people are in the city,’ says City of Cape Town mayco member for Community Services and Health Zahid Badroodien. (Photo: Gallo Images / Alet Pretorius)

To commemorate World Homeless Day, the City of Cape Town held an event to discuss the needs of the homeless community and a path towards sustainable solutions. The event comes after a two-month dialogue to review the city’s Street People Policy established in 2013.

Grizelda Grootboom is a survivor of homelessness, rape and human trafficking. Speaking at a City of Cape Town event on Tuesday to commemorate World Homeless Day, she recounted some of the horrors of living on the streets of Cape Town from the age of eight.

“There’s a very high level of sexual exploitation, a high level of being raped. There are risks that you fall into of having to give oral sex at the age of 12 and 10, just to survive,” said Grootboom.

At the age of 18, she moved to Johannesburg where she was trafficked by her best friend. Naked, blindfolded, drugged and locked in a room, she was raped repeatedly for several weeks before being kicked out of the apartment to make room for a “younger girl”.

Tuesday’s City of Cape Town event, hosted by the city’s Department of Social Development and Early Childhood Development, followed a two-month engagement process to review the city’s Street People Policy implemented in 2013. An interim report from a series of dialogues on homelessness under the banner of the Inkathalo Conversations was due to be released on Tuesday, but will be published in November.

The interim report will be considered when drafting the new policy.

According to Zahid Badroodien, mayco member for Community Services and Health, the city has realised that a more holistic approach must be taken to address the needs of street dwellers:

“To look at the factors that have caused them to become homeless, the ecosystem that they find themselves in, but more importantly to pull all of the critical role-players together from province to city to NGOs to businesses so that together we can amplify the services that are available for our homeless community and to remove this misconception that the City of Cape Town and any local government is responsible for the care of our homeless community, because it’s not, it’s managed by the provincial government – all provincial governments – through the Constitution.”

The city has adopted a draft interface model which deals with how members of the street people sector work together to effectively deliver services to the homeless. One of the strategies is to decentralise the city’s Street People Unit to have four smaller branches to hopefully improve service delivery. This model will form part of the new Street People Policy.

Figures from 2018 indicate that Cape Town has about 6,000 homeless people, on the streets and in shelters, said Badroodien. Back then this was already considered an underestimate and the number has probably increased since Covid-19.

“Until such time that a new study post-Covid-19 is done, I would guesstimate that about 10,000 homeless people are in the city. But also the census, when it is initiated, is also going to include homeless people into the process, so we’ll have a much clearer indication.”

A street people count was scheduled for 2020, but put on hold due to the pandemic.

About 20 shelters are funded by the Western Cape government, said Badroodien, which is not enough for the increasing homeless community. However, he says that on any given day, there are at least 40 spaces available in shelters across the city, though these may not be in “desirable areas”, such as the CBD, for the homeless, where they are closer to income-generating opportunities.

“Not only do we need to identify different modes of sheltering… these dormitory-type styles, but to open up secondary and tertiary-type shelters as well. But critically also, specific types of shelters for our GBV community, for our LGBTI community, for mothers with children and other specific, more vulnerable groups, so that we don’t include them into general shelter populations.”

So far the city has opened up three additional transitional shelters as an alternative to Strandfontein where people were housed en masse in marquees during the hard lockdown.

An “expression of interest” has been invited from residents and businesses that have buildings or land they would like to sell to the city that will be converted into shelters, said Badroodien.

“Even though the city may have an extensive Street People Unit in social development that offers any number of services: shelter, reintegration, reunification, ID, job opportunities… a homeless person must be willing to accept those services. It must be that a person takes an active decision to want to willingly go into a safe space, participate in a programme, allow themselves to be employed and hopefully find a sustainable exit.”

Once a member of social development has offered a homeless person assistance up to six times, that’s when the city enforces its bylaws, said Badroodien.

The city’s bylaws have been criticised in the past for allowing fines to be issued to street dwellers.

“The City of Cape Town’s bylaws are not made to be against the homeless community,” said Badroodien.

Giving feedback on the Inkathalo Conversations, Melene Rossouw, founder of the Women Lead Movement, an NGO, said public participation was vital for any policymaking process.

“In any policy strategy or plan that the government develops, the people that are impacted by that policy, their voices and their lived experiences must form part of that policy, because it legitimises policy.”

The conversations, which included members of the street people sector and input from homeless people, tackled several issues, including:

These will be outlined in the forthcoming report.

“We allowed people the space to speak about whatever they wanted to,” said Rossouw, who described the emotional depth of the dialogues as “traumatic”.

Grootboom, who was a part of the conversations, said it was vital for survivors to be central to the review process.

The Inkathalo Conversations was a joint project between the Women Lead Movement and the Community Chest of the Western Cape. DM