The Powerful and the Damned: A newspaperman’s account of his time in the Financial Times hot seat 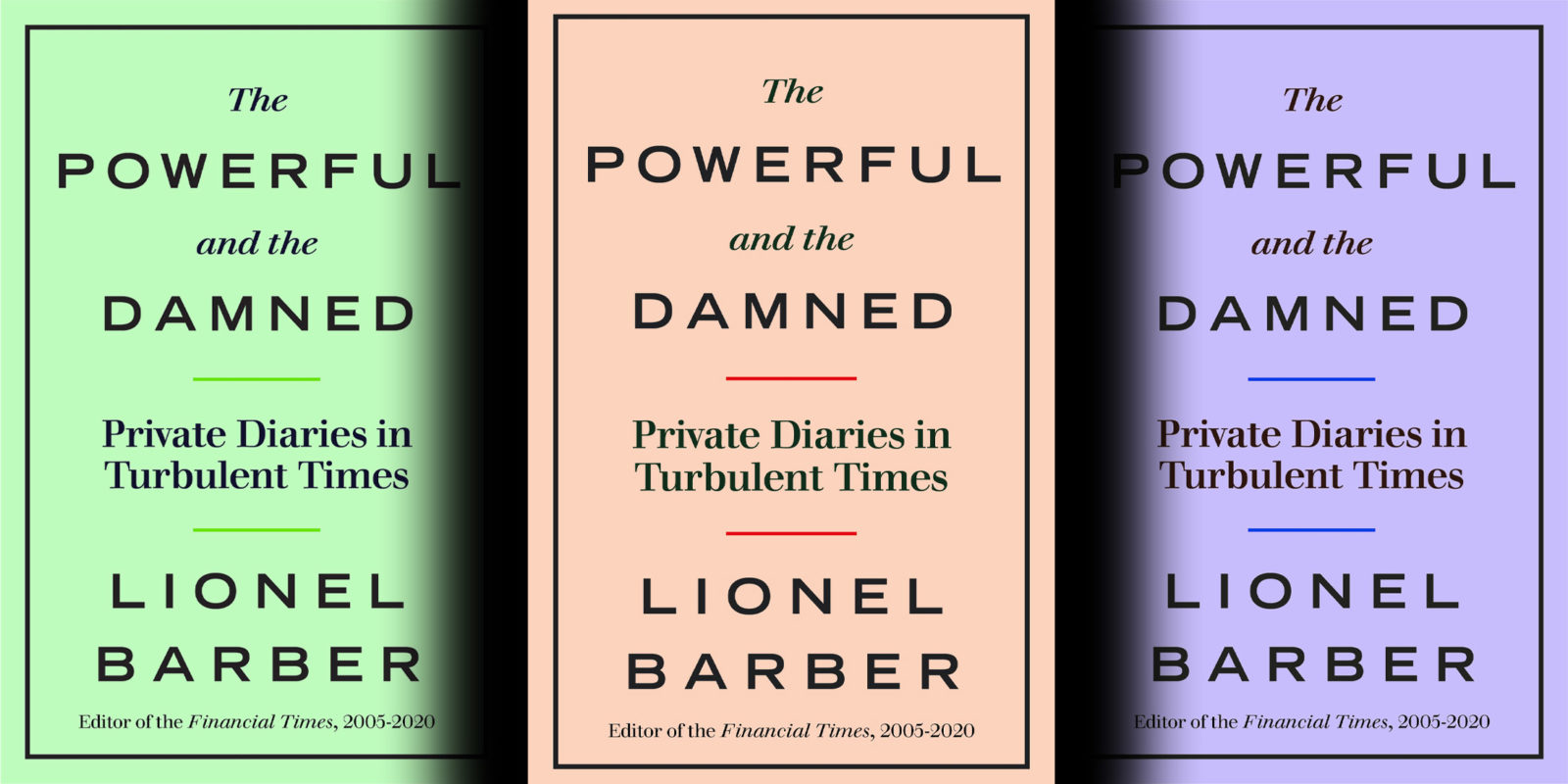 For the book lover, the festive season means another opportunity to enjoy the plethora of recent publications. For me, one of the best is The Powerful and the Damned by Lionel Barber, editor of the Financial Times (FT) from 2005 to January 2020. As the publisher comments, this was an epoch of great events and personalities. It spanned ‘the tech boom, the global financial crisis, the rise of China, Brexit and the mainstream media’s fight for survival in the age of fake news’.

The most attractive feature of The Powerful and the Damned is Lionel Barber’s approach to presenting his memoirs and opinions. He does this by setting out extracts from his diary spanning his editorship of the FT. The huge benefit of this, from the reader’s point of view, is that it contains the contemporaneous narration of events and interviews reflecting the author’s opinion of how he viewed those events and interviews. This is indeed invaluable since it provides a plethora of information from a skilled, experienced, and non-partisan and independent source.

He was, so to say, “present at the creation”, to borrow from the title of the autobiography of William Averell Harriman, the US Secretary of State at the beginning of the Cold War. This is made all the more interesting by Barber’s frequent annotations of those contemporaneous scripts. These annotations, based on events that occurred after those recorded in the diary, are used by Barber to indicate whether his opinions turned out to be correct otherwise.

Barber had the privilege, as an editor of a newspaper which was internationally respected and whose power was appreciated by leaders worldwide, of being exposed to epoch-making events over a decisive period in history. He also interviewed the most influential leaders of the time, including Obama, Trump, Merkel, Cameron and Putin. And he mentions his interview with South Africa’s former president, Thabo Mbeki.

In addition, he interviewed senior business leaders who were involved in ground-breaking events in the global economy. The details recorded in his diary following those interviews are frank and forceful, pulling no punches. His first interview with Donald Trump, soon after his election as president, is very telling of Trump’s personality. When Barber and his colleagues entered the Oval Office, Trump would neither stand up nor shake hands with them. He simply grunted “I won; you lost”, in retribution for the FT’s support of Hillary Clinton in the election.

Barber is equally not a fan of Boris Johnson, providing some graphic details of Johnson’s penchant for being economical with the truth. This same adverse view of Johnson is contained in another recently published jewel – Anne Applebaum’s Twilight of Democracy.

A great accolade is given to the FT in a recently published book by another master journalist – Fareed Zakaria. In his Ten Lessons for a Post-Pandemic World, Zakaria states on page 57:

“The Financial Times is a paper for the elite. Founded in London in 1888, its inaugural issue promised to be a friend of ‘the honest financier, the bona fide investor, the respectable broker, the genuine director and the legitimate speculator. Through wars and depression, fascism and socialism, it has been a consistent advocate of capitalism… So the FT’s readers must have been startled on April 3, 2020, when they opened the newspaper to a lead editorial that broke with much of its orthodoxy. The short essay began by noting that the coronavirus pandemic would call on people to make collective sacrifices and that ‘to demand collective sacrifice you must offer a social contract that benefits everyone. But it continued, today’s crisis is laying bare how far many rich societies fall short of this ideal.’”

The book should be of great interest to a multitude of interest groups, including historians, politicians, journalists, bankers, business leaders and regulators. Barber’s book will be of particular interest to historians since it is a wonderful contemporaneous source of information. The student of history will also greatly benefit. It is not a cold analysis of events; rather, it contextualises how events unfolded and how they were driven by personality.

Bankers, business leaders and regulators will also find useful lessons from those diaries. Barber frequently quotes his colleague Martin Wolf, who has telling views about these world-breaking events, such as the global financial crisis. What went wrong, how did it go wrong and who was responsible?

Finally, the journalist. I respectfully suggest that journalists can stand in awe of a fellow traveller; one of the best. A free press and an independent judiciary are justly commended as the essential pillars of a democratic society. The efficacy of a free press is largely dependent on quality journalists. Our fellow citizens worldwide must salute the blessing bestowed on us by that group of brave and skilled journalists who keep us informed and act as watchdogs for our freedom.

For those interested in the pedigree of the FT, I also recommend The Financial Times – A Centenary History by David Kynaston.

Great craftsmen in their specialist areas must be treasured for their contributions. DM

If inflation is kept in check, there’s a good chance the economic boom will last

To WhatsApp, or not to WhatsApp: Safeguard your data — the law is on your side