Jacobs vs Sitole: Legal ping-pong as national police commissioner doubles down on suspensions 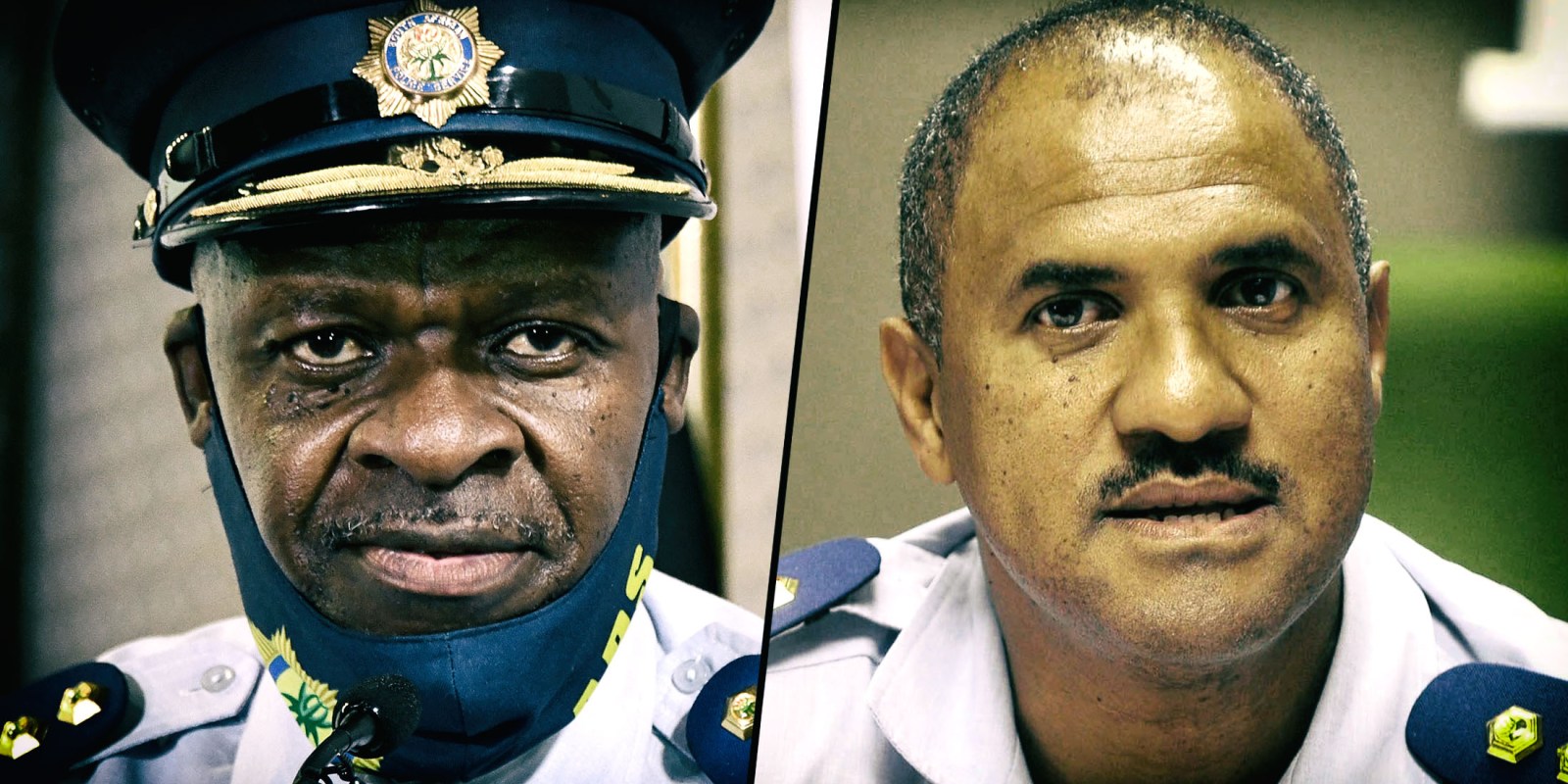 Sitole asserted this in a responding affidavit in the urgent application to the Gauteng High Court by the South African Police Union, Jacobs and the five Crime Intelligence officers to have their suspensions by Sitole declared unlawful.

Thus the application by Jacobs, argued Sitole, was not urgent “and any urgency is self-created”.

Sitole said that “proper safeguards are in place in the interim and the day-to-day functioning of the Crime Intelligence Division has not been compromised in any way”.

Jacobs and his fellow officers were on a “precautionary” and not “punitive” suspension, said Sitole, pending the finalisation of an investigation into alleged illegal Covid-19 PPE purchases by the division, using the Secret Service Account.

They also had other remedies at their disposal apart from approaching the high court, added Sitole.

They could turn to the Labour Court, he said, or “assist in the investigation by cooperating with Lieutenant-General [Francinah] Vuma so as to clear their names and assist in the efforts to root out corruption within the SAPS”.

Sitole also complained that the application had been served on him and Inspector-General of Intelligence Setlhomamaru Dintwe only on 21 December 2020, “some three weeks after the suspensions were communicated to the applicants” and in the middle of the holiday season.

The suspension of Jacobs and the rest of the Crime Intelligence top leadership has pitted Jacobs and Police Minister Bheki Cele, on the one hand, against the national commissioner and Dintwe, on the other.

On 1 December Cele wrote to Sitole to “put in abeyance” the suspensions of Jacobs and fellow officers pending the finalisation of a report by Dintwe.

Jacobs has argued that sections of the Intelligence Oversight Act (IOA) compel Dintwe to report to Cele and not to Sitole while Sitole has argued in his response that his interpretation of the law differs.

Jacobs, in his application, charged that he was being targeted and sidelined because he had implemented measures to halt the abuse of the Secret Service Account and had instituted disciplinary proceedings against Crime Intelligence officials.

Sitole argued that the IOA had no bearing on Jacobs’ suspension and that the Crime Intelligence head’s legal representatives had misinterpreted the act. It did not, said the national commissioner, “regulate suspensions at all”.

Neither did the section preclude the national commissioner from suspending the officers “before the Inspector-General submits a report to the minister and before the minister makes a decision on the veracity of the allegations”.

These allegations are that Jacobs, as head of the division, should not have signed off on purchases of PPE from the Crime Intelligence Secret Service Account. The procurement, argued Sitole, should have been done through the SAPS Supply Chain Management division.

A circular had been sent to all of the SAPS on 24 March 2020, said Sitole, “relating to guidelines and instruction pertaining to the procurement of products to counter the effects of the coronavirus pandemic”.

Sitole charged that Jacobs and his fellow officer had disregarded “the instruction, and observance of this instruction”.

If they had heeded it, he said, this would have “removed the need to ring-fence funds and should have further obviated the need to utilise Secret Service Account, which is in any event not intended to be utilised for matters relating to Covid-19 pandemic”.

Jacobs’ approach that Cele and not Sitole should deal with the IG report “encroaches on the powers and prerogative of the office of the national commissioner as the employer and accounting officer of the SAPS” and “undermines my ability to discharge my obligations”, said Sitole.

It also sought “to clothe the minister with a power and function that he does not have”, said Sitole.

Jacobs, Sitole charged, sought to “paint himself as the sole custodian of anti-corruption efforts within the SAPS when this is in fact an organisational mandate and is done to vilify the respondents [Sitole and Dintwe]”.

Jacobs could not characterise these as “individualised efforts”, said Sitole, adding that there was “continuity of the operation of the relevant division in his absence”.

Any conflict between him and Jacobs, said Sitole, was borne “from the second respondent’s attitude and approach”.

Sitole denied that Lieutenant-General Mfazi had bullied Jacobs into providing blue light protection for Fikile Mbalula during Mbalula’s time ministry hopping. Mfazi had, on the national commissioner’s instruction, requested Jacobs to supply protection for Mbalula who had been “transitioning” from his role as Minister of Police, but was still entitled to protection.

Jacobs’ allegations against Mfazi were, said Sitole, “vague and unsubstantiated”.

Besides, said Sitole, he and Dintwe had been “interacting and networking on various issues” including the procurement of PPE in SAPS-Crime Intelligence and that these are “an obvious manifestation of the powers and responsibilities” he possessed as national commissioner.

Jacobs has asserted that he is not opposed to facing a disciplinary hearing, but that Sitole should recuse himself from such a hearing and that an independent panel/entity conduct the probe. DM