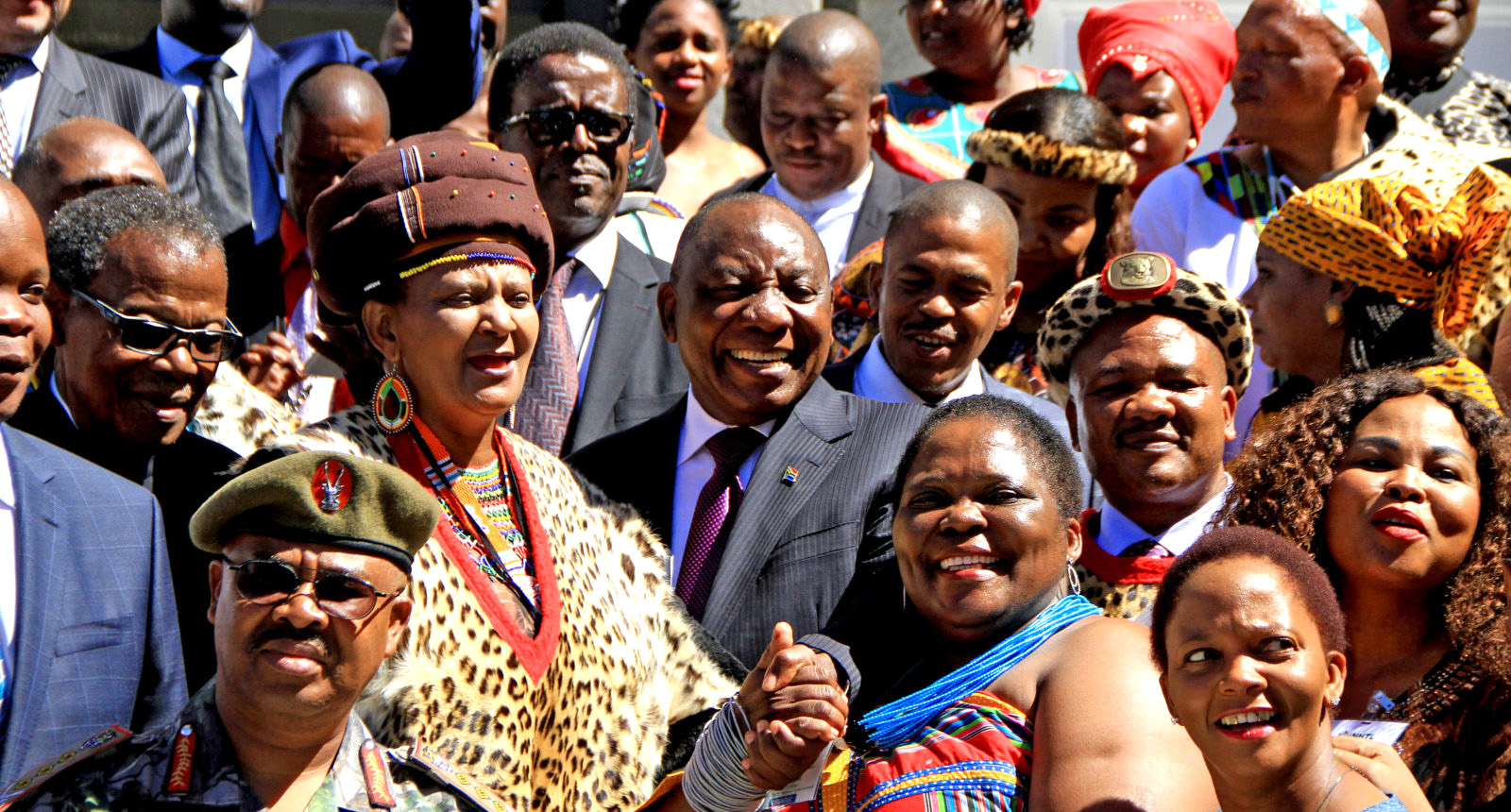 On Wednesday 2 December, the National Council of Provinces passed the contentious Traditional Courts Bill which rural and land activists have hotly contested because it does not have an opt-out clause. The bill was supported by seven provinces but rejected by the Western Cape and KwaZulu-Natal. The report on the bill was tabled by the Select Committee on Security and Justice on 25 November.

If the Traditional Courts Bill (TCB) passes through the National Assembly and is signed into law by the president, it will mean that everyone living in rural areas will be under the geographical jurisdiction of traditional leaders presiding over traditional courts, meaning there will be no voluntary affiliation.

This not only contravenes customary law, but also enforces a parallel legal system which is unconstitutional. Activists say that Sections 30 and 31 of the Constitution provide persons with the right to participate in a cultural life of their choosing. The bill effectively undermines this right by failing to expressly include the choice to opt out of traditional courts.

“The passing of the TCB without the opt-out clause is a real setback for rural communities and the recognition of their rights and ways of life. This is because the bill in this form undermines the consensual and affiliation-based nature of customary dispute resolution. In this form, the bill does not advance a form of customary law that is infused with constitutional principles related to the right to choose your cultural life, but rather the bill prioritises entrenching the authority of these courts/forums through the might of the law rather than through the fact that people use them.”

Now that the National Council of Provinces has passed the bill, the National Assembly will likely also pass it. Activists are imploring President Cyril Ramaphosa not to sign it in its current form and that he should instead refer it to the Constitutional Court to test its validity.

They say that the process was rushed, meaning communities had not been able to attend hearings and provide submissions, and that it was not implemented in a manner that allowed for meaningful engagement with community members, but rather favoured the views of traditional leaders.

Constance Mogale, national coordinator for the Alliance for Rural Democracy, told Maverick Citizen, “I am personally outraged by the news of passing the Traditional Courts Bill into law, and although we are often seen as a group that always exaggerates facts around the regressive nature of the laws made by our democratic government, passing of this Bantustan law is a direct attack and evidence of what the rural people are up against — the struggle to defend rural land rights and democracy against the onslaught of new laws and policies that favour the interests of traditional leaders and politically connected business investors.”

A statement by activists said that Parliament had a history of ignoring pleas and submissions linked to the constitutional and customary rights of people living in rural areas, choosing to favour and listen to traditional leaders instead.

Luwaya said, “This is an unfortunate trend with legislation related to the rights of rural South Africans; we’ve seen it with the TCB, the TKLA (Traditional and Khoi-San Leadership Act, 3 of 2019) and the Restitution Amendment Act before that. The flaws with the TCB public participation processes have been flagged since 2008 and 2012 and so it speaks volumes that in 2019/2020 rural voices are still being excluded and their concerns continue to be disregarded. It sends a shattering message to South Africans who live in the communities that are impacted by these laws. No matter how loud you protest you are not heard or seen.”

Mogale said the traditional institutions empowered by custom should remain an option, not a sanctionable institution that didn’t recognise the voluntary and evolving nature of custom and respect the right of people to choose. “In summary, we echo the voices of many rural dwellers who marched to the Union Buildings in the middle of winter in June 2019, with the hope that there is a listening ear from above, when they say ‘We lost confidence in the law-making processes of South Africa, our voices don’t matter anymore, to Parliament and its constituencies, we simply do not exist.’ ” DM/MC