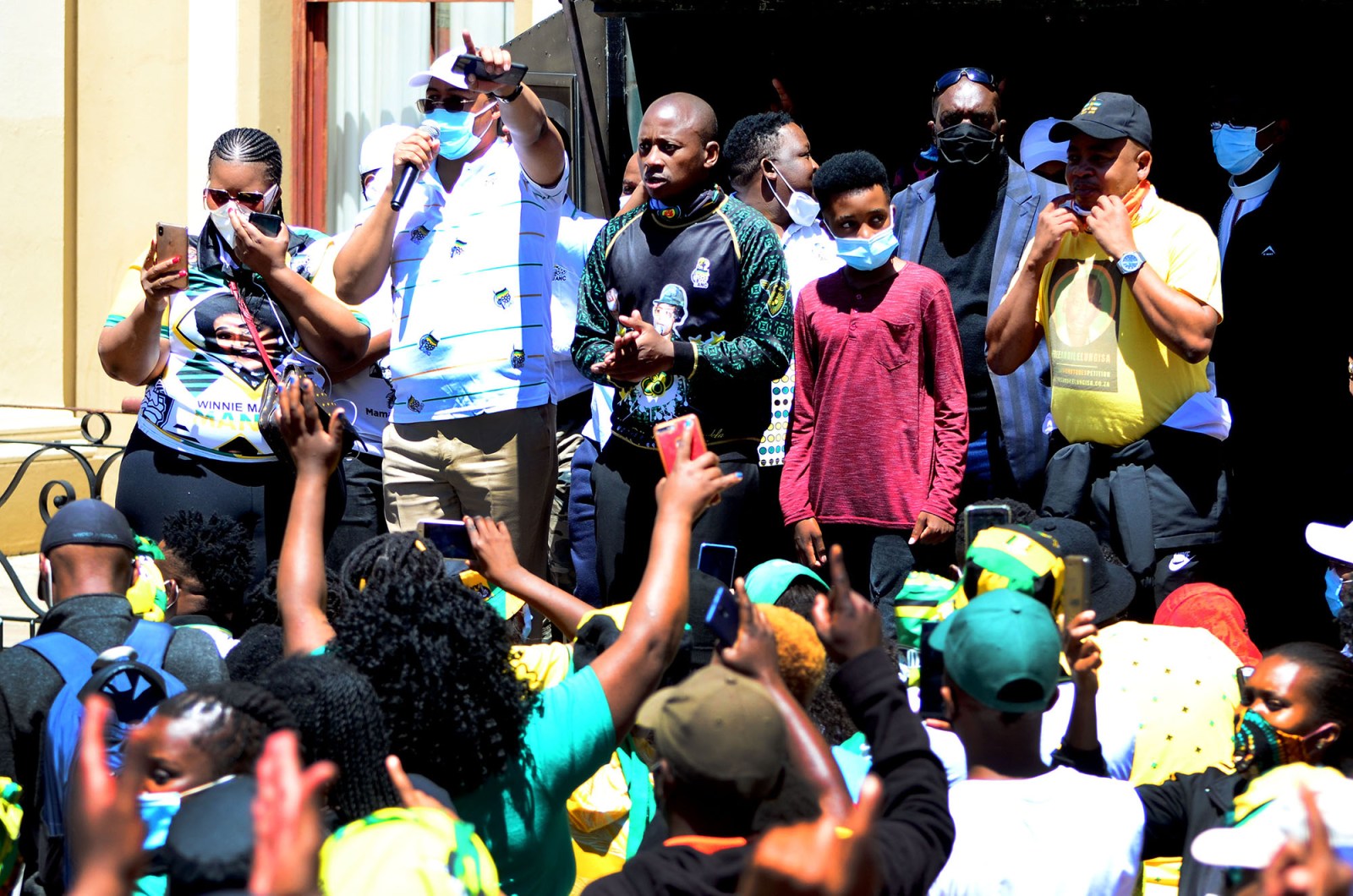 Andile Lungisa was released on parole from prison in Port Elizabeth on December 1. Photo Theo Jafta

‘Mr Lungisa is not a political prisoner – he is a convicted felon.’ This was the view of DA Eastern Cape leader Nqaba Bhanga as the former councillor in the Nelson Mandela Bay municipality was released on parole on Tuesday.

During a chaotic Nelson Mandela Bay council session in 2016, Lungisa smashed a water jug over the head of DA councillor Rayno Kayser. Lungisa was an ANC councillor at the time.

He was convicted of assault and given a two-year prison sentence.

In September, Lungisa, surrounded by supporters, handed himself over to the North End prison in Port Elizabeth to start his sentence.

On Tuesday the department of correctional services confirmed Lungisa’s release on parole.

In a statement, spokesperson Singabakho Nxumalo said Lungisa’s parole is in line with correctional service regulations. He was released as he was a first time offender with a “positive support system and having responded positively to rehabilitation programmes”.

Nxumalo said that Lungisa had initially been admitted to prison in May 2018 to begin serving his two-year sentence.

“However, he was released on bail on 25 May 2018 after having spent at least 16 days pending his appeal application,” said Nxumalo.

“He was readmitted to continue with the sentence on 17 September 2020 after his appeal application was unsuccessful.”

Nxumalo said Lugisa was one of 14,000 inmates who benefited from a special “remission of sentences” granted by President Cyril Ramaphosa, which reduced Lungisa’s sentence by a year.

“Lungisa will serve the remainder of the sentence in the system of community corrections, wherein he will be expected to comply with a specific set of conditions and will be subjected to supervision until the sentence expires,” said Nxumalo.

DA Eastern Cape leader Nqaba Bhanga told Daily Maverick he hoped all the correct legal processes were followed in Lungisa’s release – but hoped this was “not a political favour” to release a well connected political person.

Bhanga told Daily Maverick the “heroes welcome” Lungisa had received from ANC members was “shocking” and showed the ANC has “lost its moral compass”.

Bhanga said “Mr Lungisa is not a political prisoner, he is a convicted felon” and the celebrations surrounding Lungisa’s release sent a poor message to citizens. DM