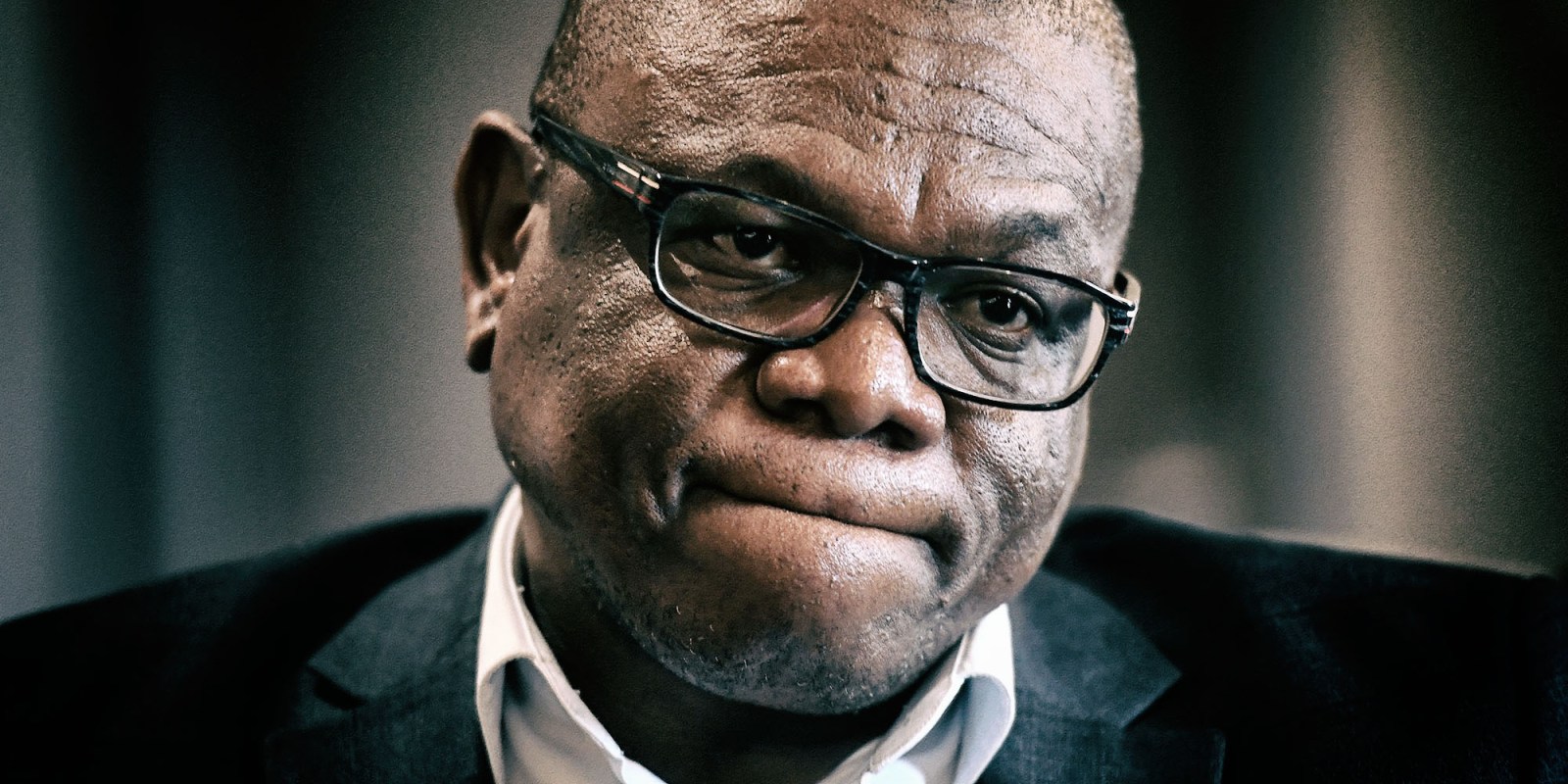 Regiments Fund Managers paid Johannesburg Mayor Geoff Makhubo's company R35.7-million between 2008 and 2016 for a contract they scored with the municipality, according to evidence before the Zondo Commission of inquiry. Makhubo continued to coin it while he was Johannesburg finance MMC, but he denied he had a conflict of interest.

Johannesburg mayor Geoff Makhubo has told the State Capture inquiry he had no conflict of interest when he attended the mayoral committee and council meetings as finance MMC in 2015, to recommend the extension of a lucrative contract with Regiments Fund Managers, from which Makhubo had been paid millions.

The commission heard how Regiments paid Makhubo’s company, Molelwane Consulting, R35.7-million between 2008 and 2016 and how portions of those payments were then transferred to Makhubo’s personal accounts, or to the ANC and its alliance partners.

The now-mayor was elected as a City of Johannesburg councillor in 2011 and then-mayor Parks Tau appointed him as finance MMC. He served in the role until the DA formed a coalition to take control of the city in 2016.

In 2006, before Makhubo had been elected to any public position, Molelwane Consulting partnered with Regiments to bid on a contract to manage the city’s “sinking fund”, an investment fund the municipality had established to ensure it could redeem listed bonds. The consortium won the contract.

Under the agreement, Molelwane would take 10% of the management fee and 10% of the outperformance fee, which the city would pay if the fund managers exceeded their targets.

Makhubo said he intended to resign from Molelwane, in which he owned a 67% stake, when he was elected in 2011, “but it was never to be”.

The mayor has suggested that his lawyer at the time failed to submit his resignation with the Companies and Intellectual Properties Commission.

“I was more focused on dealing with the billing problems in the City of Johannesburg,” he told the commission on Friday.

But he admitted he did not want to resign from Molelwane until an agreement was reached to reward him for his work in building the closed corporation.

“I didn’t want to give it away for free,” Makhubo said.

Such an arrangement was never found, so Makhubo continued to serve as a member of Molelwane and was its sole signatory while he was finance MMC.

The Regiments-Molelwane contract with the city expired in 2011, which could have solved Makhubo’s conflict of interest issues.

But the municipality was due to award the second sinking fund contract to Regiments – Molelwane wasn’t part of the new agreement – and in 2012 rival bidder Colourfields went to court to stop the deal.

Delayed by court proceedings, the original contract with Regiments was repeatedly extended and Molelwane continued to receive its 10%.

Regiments paid Molelwane R18.8-million between early 2011 and February 2016, most of which was while Makhubo was finance MMC. Around R5.9-million of that was transferred to Makhubo’s personal accounts and R850,000 was withdrawn in cash.

Makhubo said he wasn’t actively engaged in the company’s operations but he continued to watch its finances and approve payments.

Chaskalson presented an invoice from Molelwane to Regiments from 30 June 2015 showing Regiments owed R993,000 in payments.

Less than a month later, the city’s mayoral committee met to consider Regiments’ bid for the second sinking fund contract, and on 30 July 2015, the city council met and approved the deal with the company.

Chaskalson asked Makhubo whether the payments and his participation in the mayoral committee and council meetings might be perceived as a conflict of interest. Makhubo said he could not see how the payments to his company might be linked to the decision to give Regiments another contract.

“The way I see it here. I mean you’re winding down an existing contract and transferring to the second one, monies outstanding are being finalised,” said the mayor.

“It’s a very wrong appearance and it’s incorrect,” he added.

The City of Johannesburg cut ties with Regiments in November 2018.

Cash withdrawals worth hundreds of thousands of rand were often made from the mayor or Molelwane’s accounts, which Makhubo said was regularly used to fund ANC comrades who came to him with issues.

On Wednesday, the commission heard how tech company EOH made questionable payments to Makhubo’s company and donated millions to the ANC at his request while he was Joburg finance MMC between 2014 and 2016. At the same time, the city awarded EOH contracts worth hundreds of millions.

Makhubo was due to continue his Regiments-related testimony on Friday afternoon before former Airports Company SA treasurer, Phetolo Ramosebudi, returns to continue giving his evidence on Regiments Capital, the parent company of Regiments Fund Managers. DM

Friday announcement:  Chairperson Deputy Chief Justice Raymond Zondo announced on Friday morning he had instructed the commission’s secretary to file criminal charges against former SAA Chairperson Dudu Myeni for revealing the name of the witness Mr X, who Zondo ruled must not be disclosed, during her recent testimony.