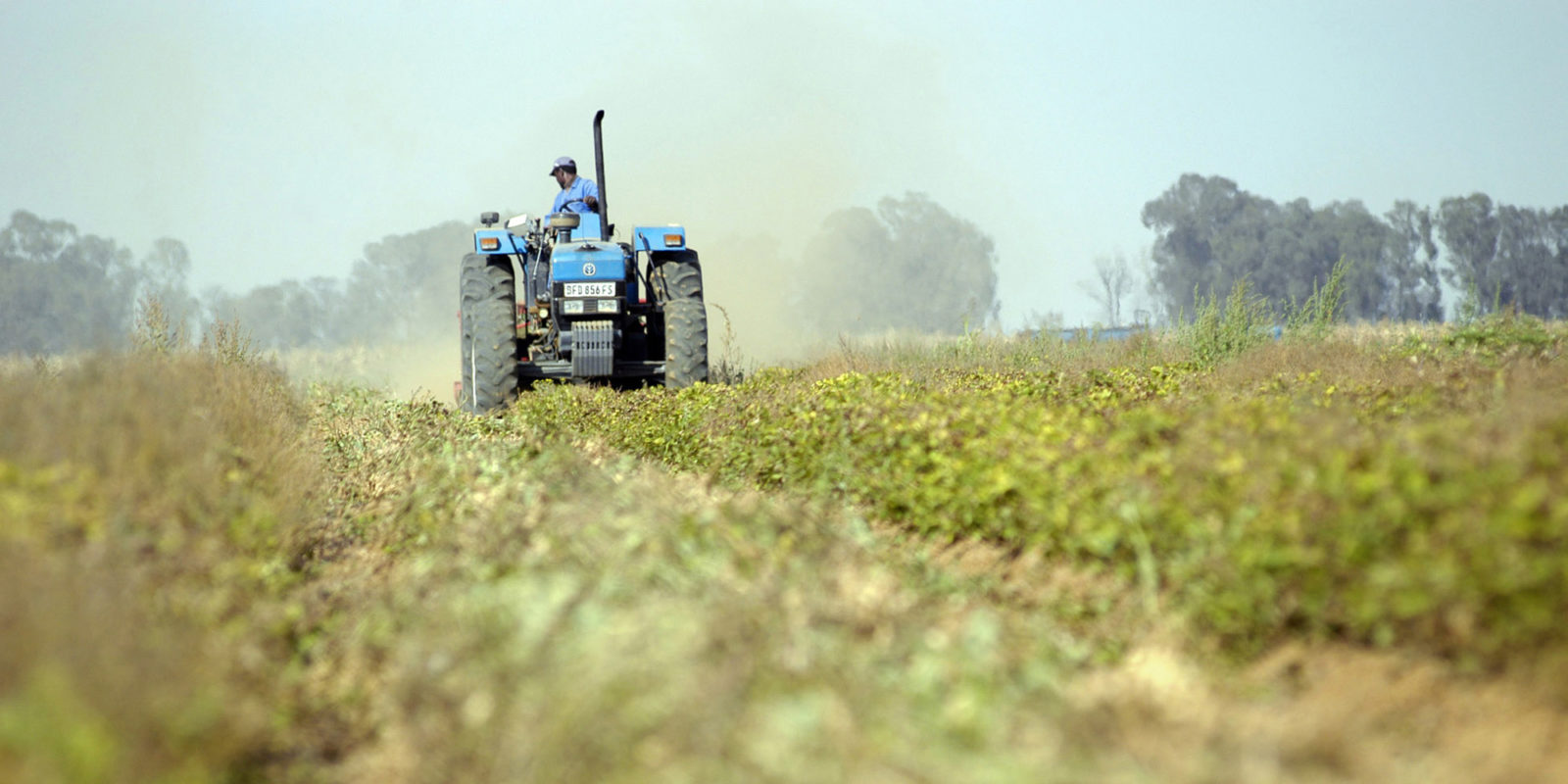 The Land Bank’s financial crisis has become so big that the century-old bank cannot afford to extend new loans to emerging and established farmers. (Photo: Naashon Zalk/Bloomberg via Getty Images)

At the heart of the disagreement between the Land Bank and Treasury are broader policy decisions by the government, which has overhauled how it dishes out guarantees to lenders that bankroll the operations of state-owned enterprises.

Negotiations to save the Land Bank from collapse are on a knife-edge as lenders to the state-owned agricultural bank balk at a plan that seeks to restructure its financial affairs and smothering debt load.

The Land Bank’s financial crisis has become so big that the century-old bank cannot afford to extend new loans to emerging and established farmers, and was this week downgraded deeper into “junk” territory by credit rating agency Moody’s.

The move by Moody’s comes 10 months after its previous downgrade of the Land Bank, with the agency raising more concerns about ongoing delays in restructuring the bank’s R45-billion debt. The delays will probably persist into the new year, given the ructions that have recently pitted lenders to the Land Bank against its management and sole shareholder, the South African government, represented by National Treasury.

The Land Bank is important for South Africa’s food security system as it provides 28% of the country’s agricultural debt.

Unlike SAA and Eskom, the Land Bank has, since 2006, shown itself to be largely self-sustaining and profitable. However, its financial problems have been caused by an exodus of executives, lack of oversight from Treasury, junk downgrades of its credit rating and drought conditions that have made it difficult for farmers to pay back their loans.

Added to its problems are lenders that are starting to lose patience.

Some lenders are vexed because they have been asked by the government to continue providing financial support to the Land Bank on new terms and conditions that they believe are prejudicial and heighten the risk of financial losses.

Lenders have been asked to accept that their outstanding money and new funding for the Land Bank’s operations will be backed by a partial government guarantee and not a full one. A guarantee is an agreement between lenders (such as commercial banks, development finance and multilateral institutions) and the government (or the South African taxpayer) that the latter would pay any shortfall if a state-owned enterprise (SOE) defaults on debt repayments. The government will only step in for debt that is guaranteed.

The Land Bank’s debt restructuring plan offers lenders a partial government guarantee of up to 60% on outstanding money and future funding commitments, with the remaining 40% being unguaranteed. In other words, if lenders approve this offer – through a pending vote – they would be agreeing to take financial losses of up to 40% (or more than R16-billion) if the Land Bank defaults on debt payments – as it did in April 2020, when it failed to meet obligations. It is only paying lenders interest payments and not capital payments.

DM168 was informed by a well-placed source that the unprecedented offer of a partial guarantee to lenders of SOEs is part of a broader policy decision by Treasury. Partial guarantees are set to be the new norm and introduced by Treasury at other SOEs beyond the Land Bank, because public finances are deteriorating and it cannot take on the risk of stepping in every time SOEs default on debt payments. Treasury didn’t respond to a request for comment.

Critics of government guarantees (full ones) argue that lenders have worsened the financial situation of SOEs by recklessly feeding them debt on the basis that any financial losses would be footed by taxpayers. Meanwhile, lenders argue that they need the protection offered by guarantees because SOE lending is a risky business.

Back to the Land Bank. Futuregrowth Asset Management, which is a substantial lender to the Land Bank, is against the partial guarantee offer, saying it “would be unusual, and frankly reckless, for lenders to agree to the liability solution on terms that are substantially weaker than standard lending terms and conditions”.

“You may ask why this is important – is the mere existence of the partial guarantee not enough for lenders and better than the current situation? The answer is no – the proposed guarantee for the liability solution [Land Bank restructuring plan] is a partial guarantee (of 60%) and as far as we can recall, we have no prior example of a partial government guarantee in the capital markets,” Futuregrowth said in a note, adding that it has asked Treasury for clarification on the partial guarantee proposal and repeated its desire to help the Land Bank survive its financial crisis.

The Land Bank offered a terse statement, saying the partial guarantee proposal is the “subject of negotiations between the Land Bank and its funders/lenders” towards the conclusion of a debt restructuring plan.

Other lenders have lost their patience, taking a more drastic approach to recover money owed. Standard Chartered Bank has taken the Land Bank to court to recover the more than R400-million that it is owed. The matter will be heard by the court on 2 December. If the court rules in Standard Chartered’s favour, it might prompt other lenders to also go the legal route to either recover their money, or worse, have the bank wound up.

Futuregrowth and other lenders are exposed to the Land Bank’s debt through its domestic medium-term note (DMTN) programmes, one launched in 2010 and another in 2017. The DMTN programmes are publicly listed debt instruments – like a credit card facility used by a company at its discretion – to fund operational activities. To raise money on the open market, a company would issue debt or notes to lenders with a promise of paying back the money with a fixed and floating interest rate at a later stage.

The launch of a new DMTN programme is where the partial government guarantee dispensation is expected to apply, as lenders have been asked to roll over current money owed into a soon-to-be-launched DMTN programme.

And, because of ongoing talks with lenders, the Land Bank now expects to implement its debt restructuring plan in March 2021 and not November 2020, as initially planned. BM/DM